I'm a bit late to the party, but on Facebook a while ago there were a tonne of sparkly nails going around. Not just a little glittery - but magical, glimmering beams of joy coming from the tips of people's fingers. Everyone was amazed - even when they found out that 90% of the sparkle came from using an app. I've downloaded said app (it's called kirakira+) and at the end of this post have a video showing what it does.


The point of these nails was to create the most sparkly, over-the-top nails possible, so I could use the app to it's full advantage. I feel like I ticked that box pretty well! I liked them for about 45 seconds, and then spent the next week or two regretting that I did them in gel polish. Fun, yes, but a tad tacky. 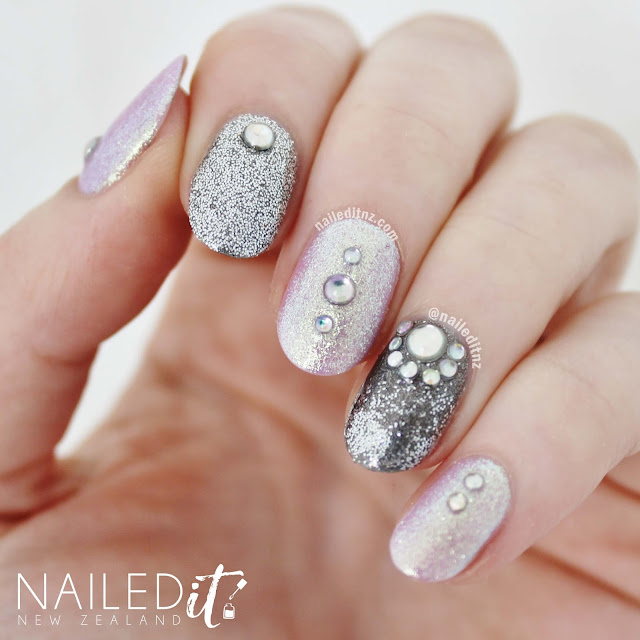 I'm not so keen on Blogger's video app - if you know of an alternative please let me know! I could upload it to YouTube and then embed, but it seems a bit pointless for such a short video. Facebook, maybe? Anyway, SPARKLES.
Note: I'm working on changing this so if it doesn't work for you, come back later!


So this was a fun little thing to try out - maybe not for everyday wear but you could incorporate parts of it into another manicure. Hope you enjoy this little post and I'll see you next week.