It's been a while since I last updated and in that time I've doubled my uploads on YouTube to two a week, so I've got a lot to share! Because of this I've separated them into three different blog posts which I will release over the next week or two. This one contains all of the Halloween nail art I did this year - and you'll see I saved the best for last!

As usual, click on the image to go to the tutorial ☺.

This first design was a popular one from last year, and I decided that this year I should actually make a tutorial for it. To be honest, last year's design came out better but I had longer nails back then and didn't have to awkwardly hold my hands in front of the camera while painting... so I'm cutting myself some slack.
Watch this here. 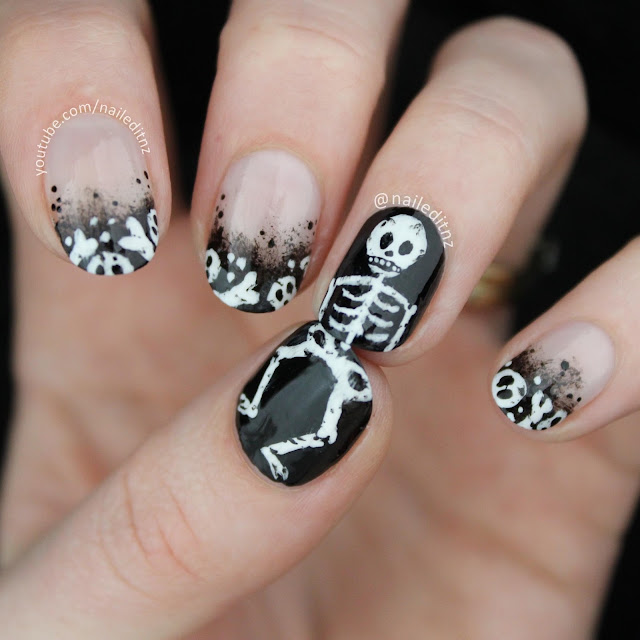 I'd been wanting to do some more Sesame Street nails ever since I did my Cookie Monster nails, so when Halloween came around I went straight for The Count! He was a lot of fun, plus I did both hands as well - watch here. 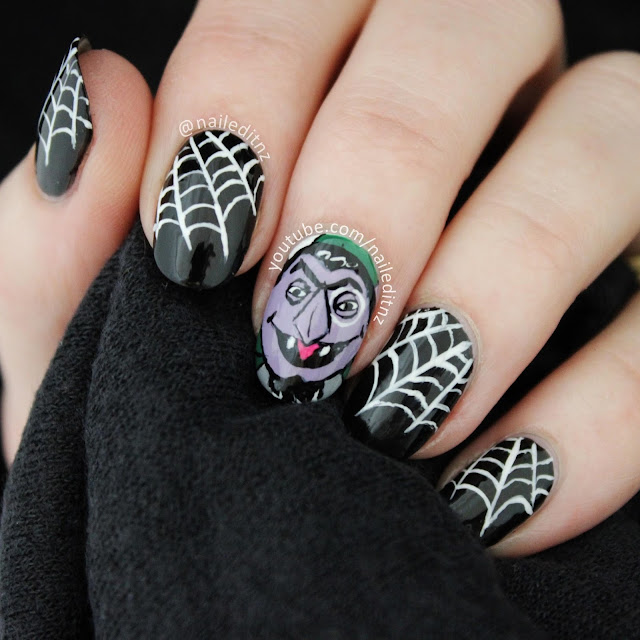 Painting on one of the Boos from Super Mario was a request from a friend, and while this tutorial didn't get overly popular I still enjoyed painting him. Watch this tutorial here! 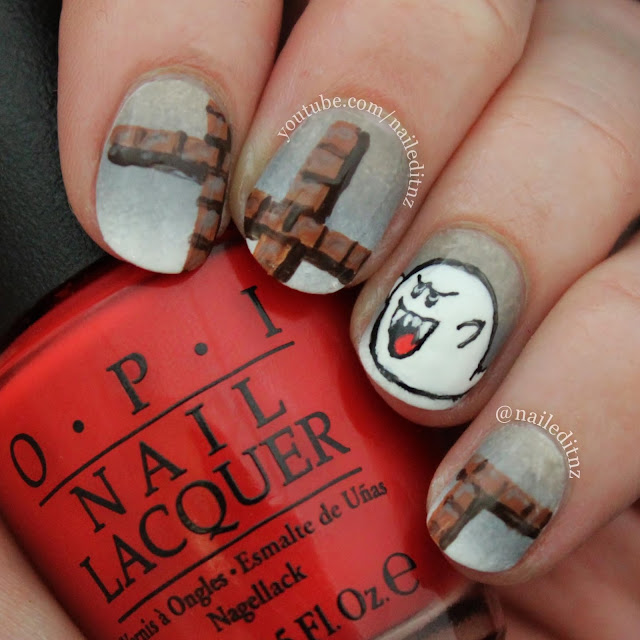 And now for my favourite nails ever - and the most disgusting! Zombie crushed halloween nails, absolutely gross and awesome at the same time. Next year I will hopefully have more time (seriously, don't get me started on my 2015) and I'll do some more nail art like this. Watch the tutorial here. 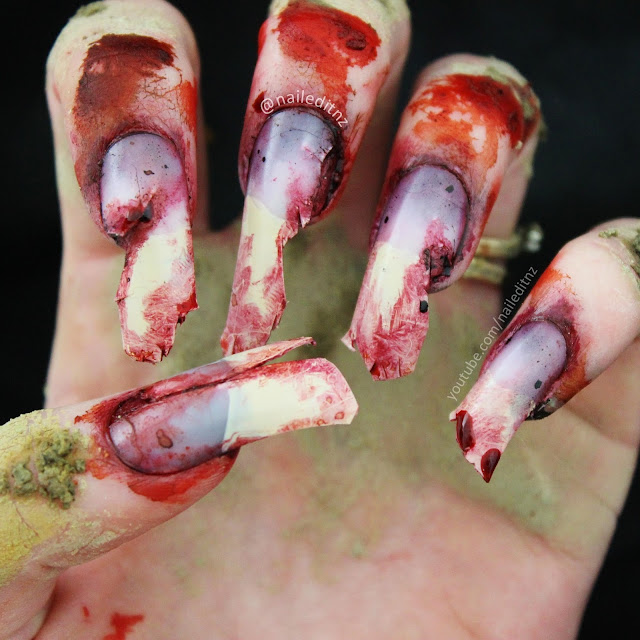 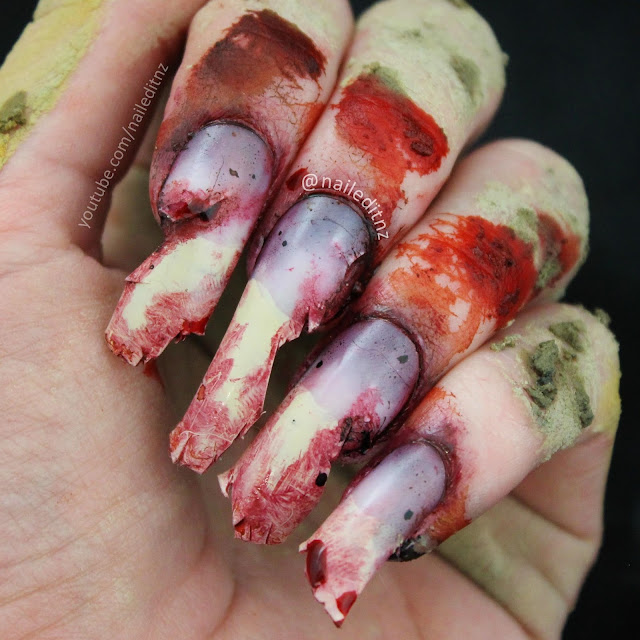 So that's what I did for Halloween this year! I'm currently in celebration mode; we've recently had an internet upgrade and after a week of not being connected properly I had a good play around this morning and got it working downstairs. Now it's four times as fast as before, and my seven minute video I just put up only took 10 minutes to upload! I'm sure anyone else who spends far too much time on the internet will feel my joy.

I'll be back in a couple of days with a new blog post - this will be some of my favourite Hunger Games nail art over the years.
♥