I did some McDonald's nail art about a year ago, and decided it was time to follow it up with a healthier alternative - Subway! 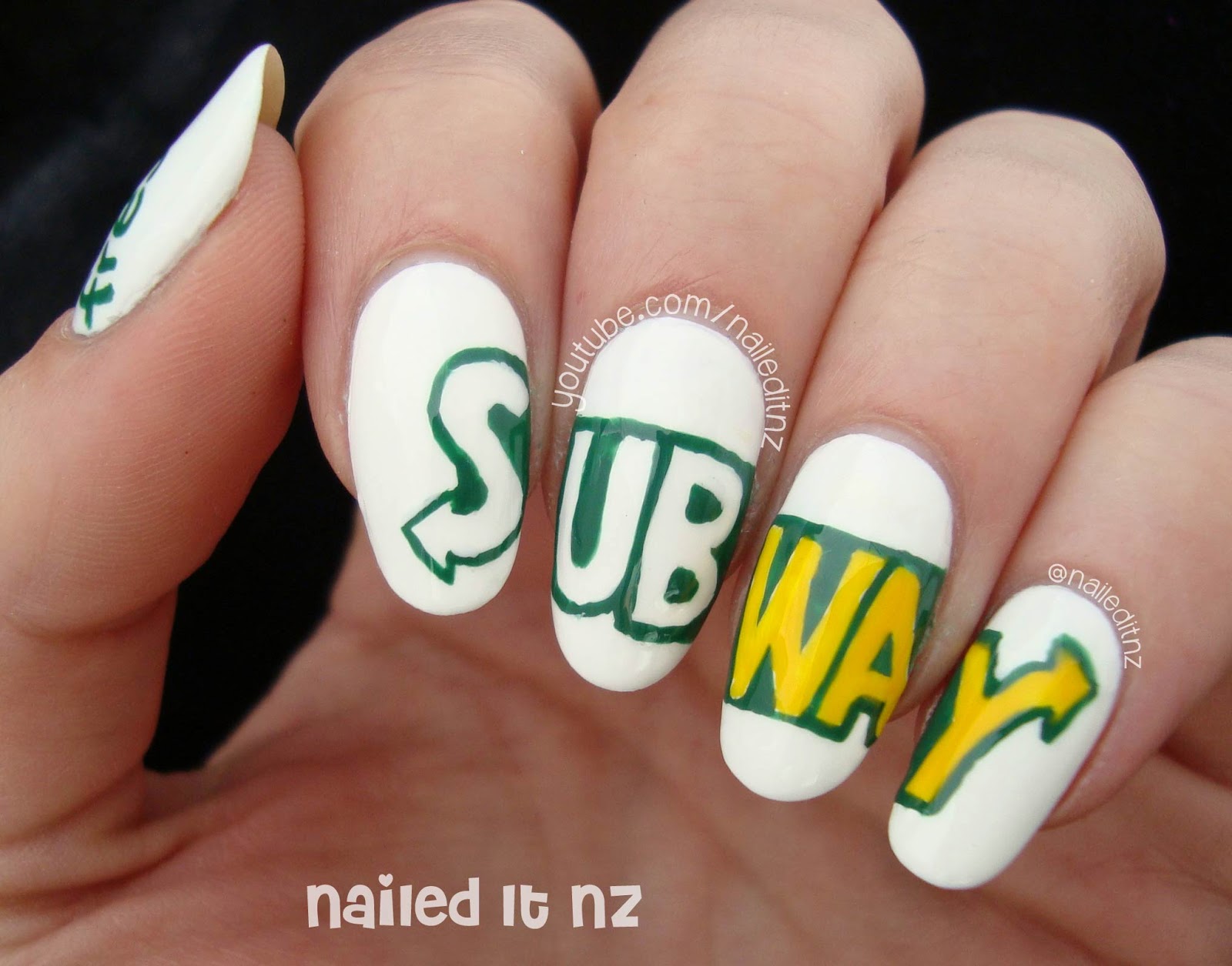 I filmed a quick little tutorial for it too, which you can see below. Please subscribe to my channel to be the first to see my latest videos ☺.


I actually filmed this tutorial way back in October, but recently discovered it hiding away in my "to-edit" bin. My nails were a whole different shape then, and they have inspired me to shape them back to this beautiful almond look. I'm considering filming it and adding it to a nail shaping video that I've got in the works - let me know if this is something you'd be interested in watching! 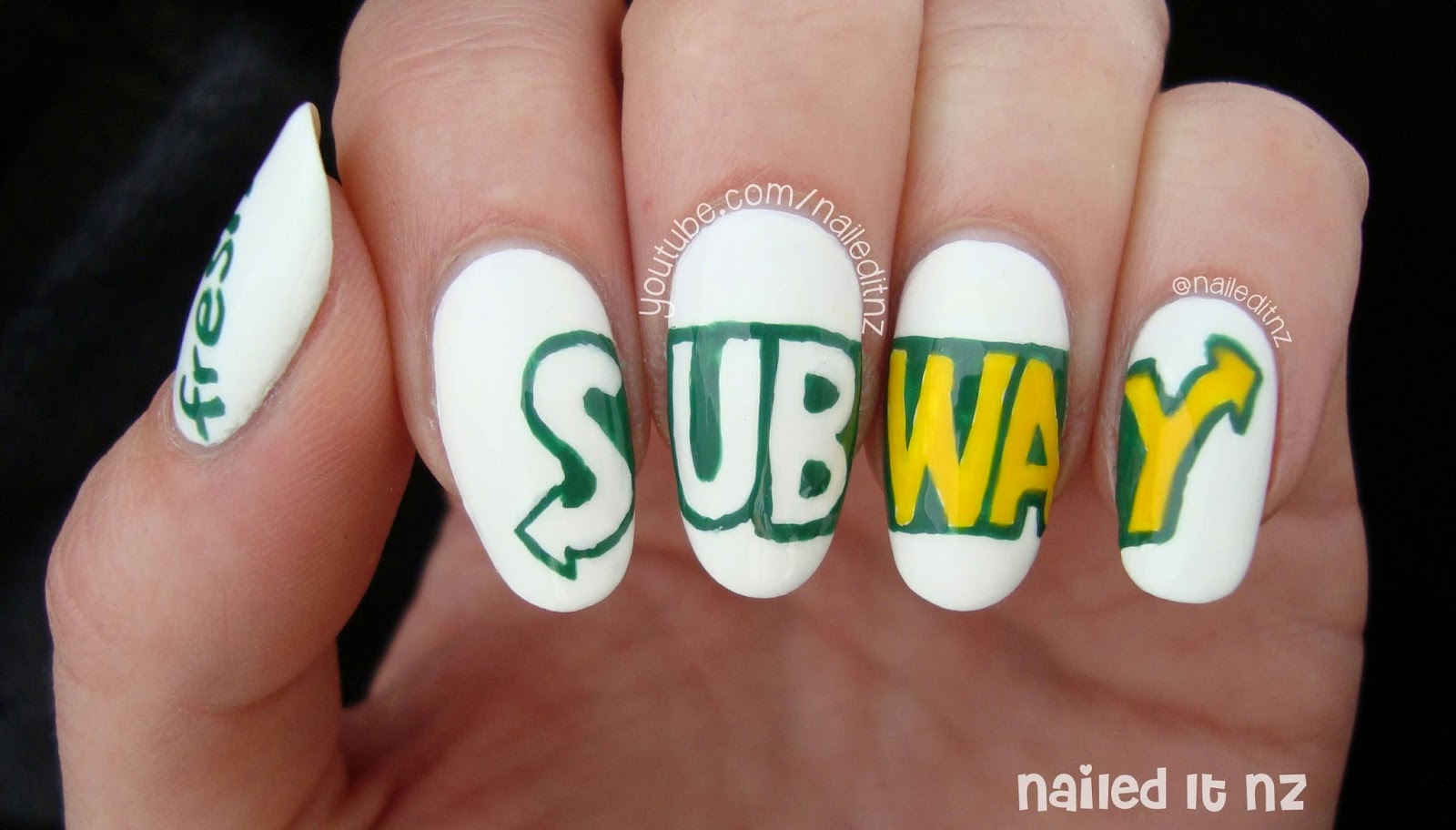 Snow Me White is still the best white I've ever had. It's cheap, it's opaque in two coats and it's a beautiful, pure colour. I've almost used up both of the bottles I originally bought, so I'll have to make sure I go shopping again soon. 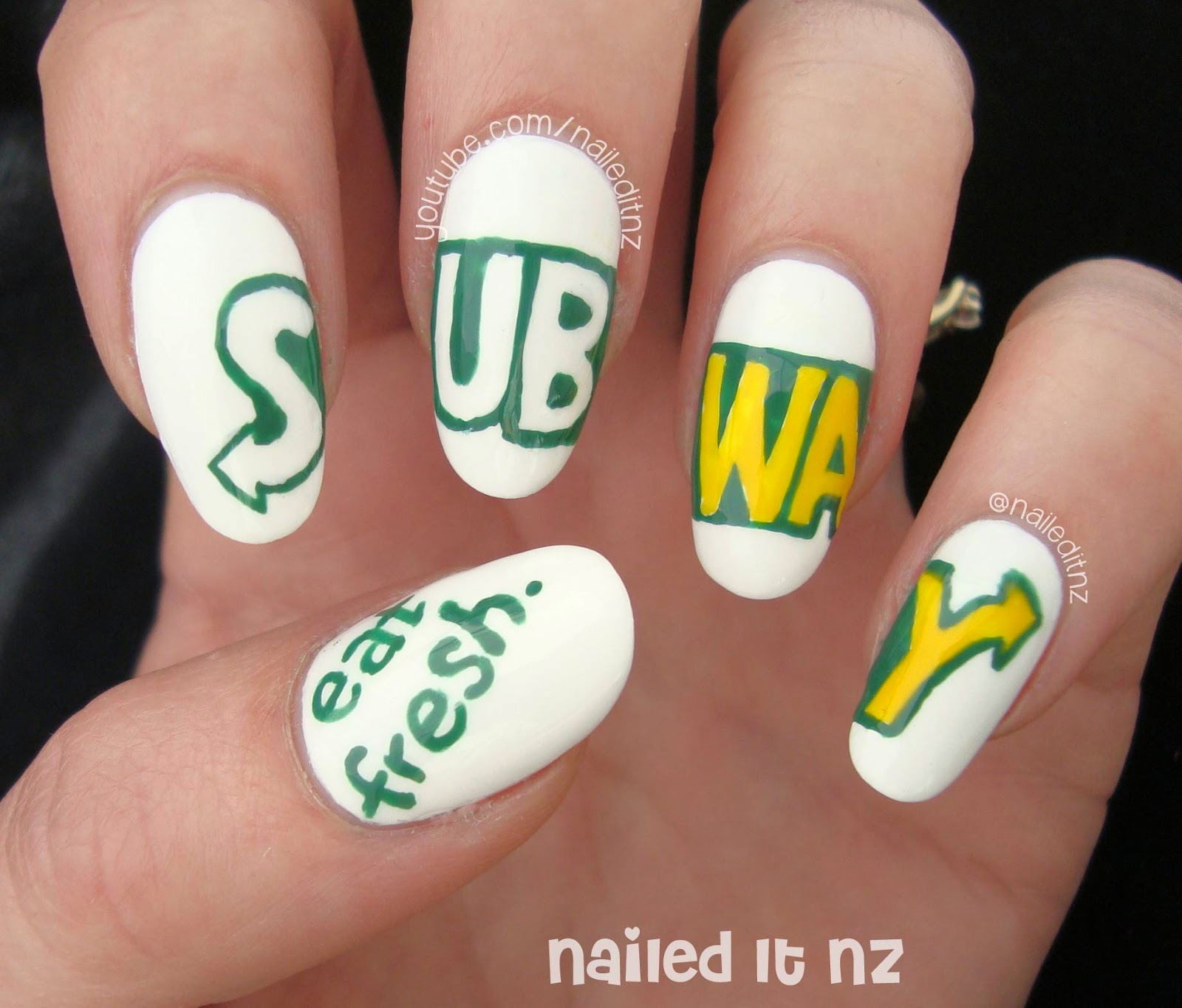 Subway is definitely one of my favourite Fast Food restaurants; it just tastes so much fresher and the cookies are delicious! Now I'm craving it, oops. I've learnt through doing these nails and asking for similar themed recommendations that New Zealand's Fast Food places are rather limited; I grew up with just Burger King, KFC and McDonald's. Now a few more have been added - like Wendy's and Carls Jr, but it's nothing like the scores of them over in the US! 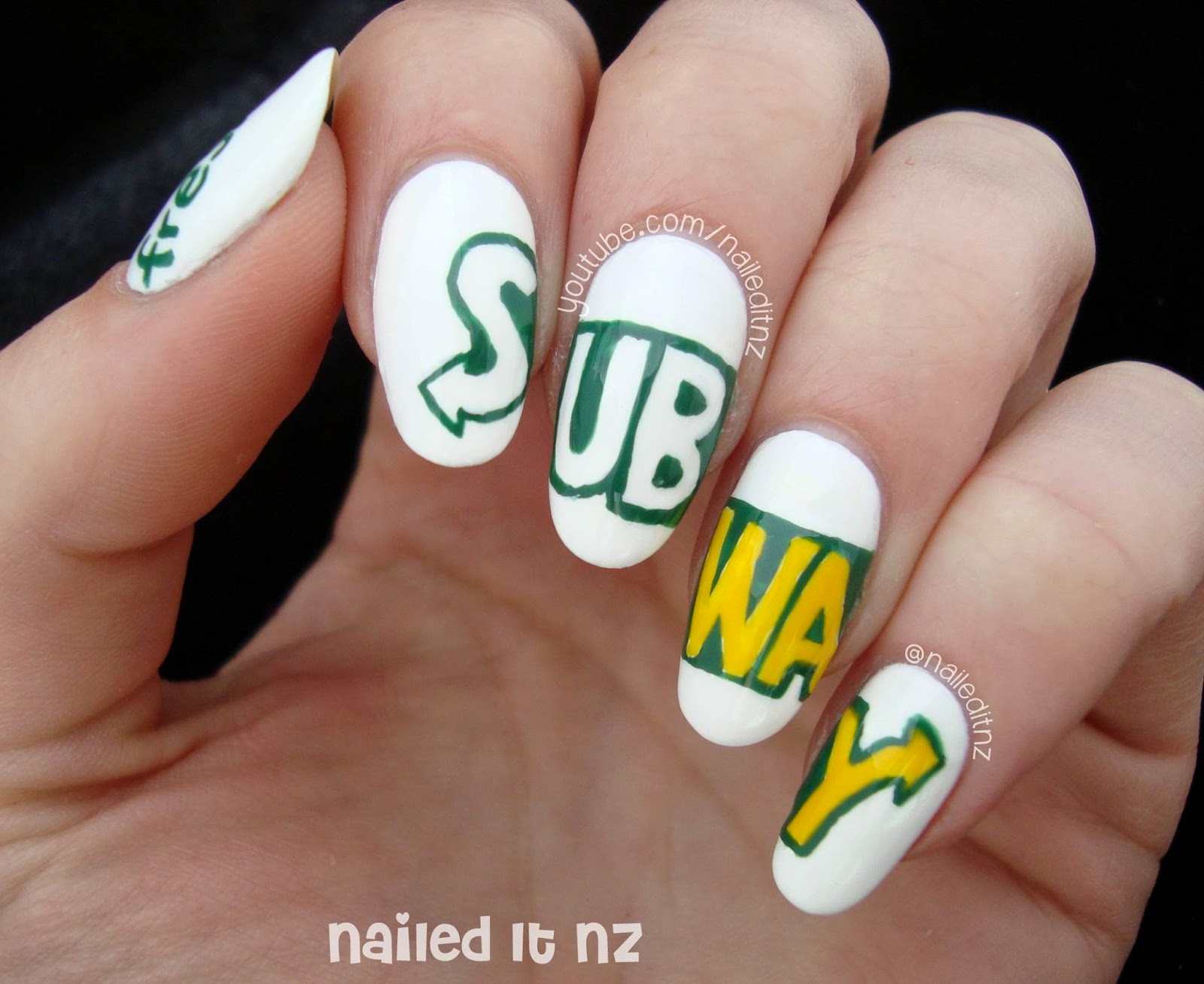 On a different note, I've been busy today - but the good kind of busy. I filmed my 10,000 subscriber giveaway this morning, and took photos for it. That's being edited right now and will be up tomorrow at 11am NZ time. I went on a long walk with one friend, then drove across town, visited my Grandad in hospital and went for another long walk with another friend. Despite lathering on the sunblock I can feel the backs of my legs burning - curse that ozone layer! I'm absolutely loving this New Zealand sun, though, we've been having day after day of excellent weather. 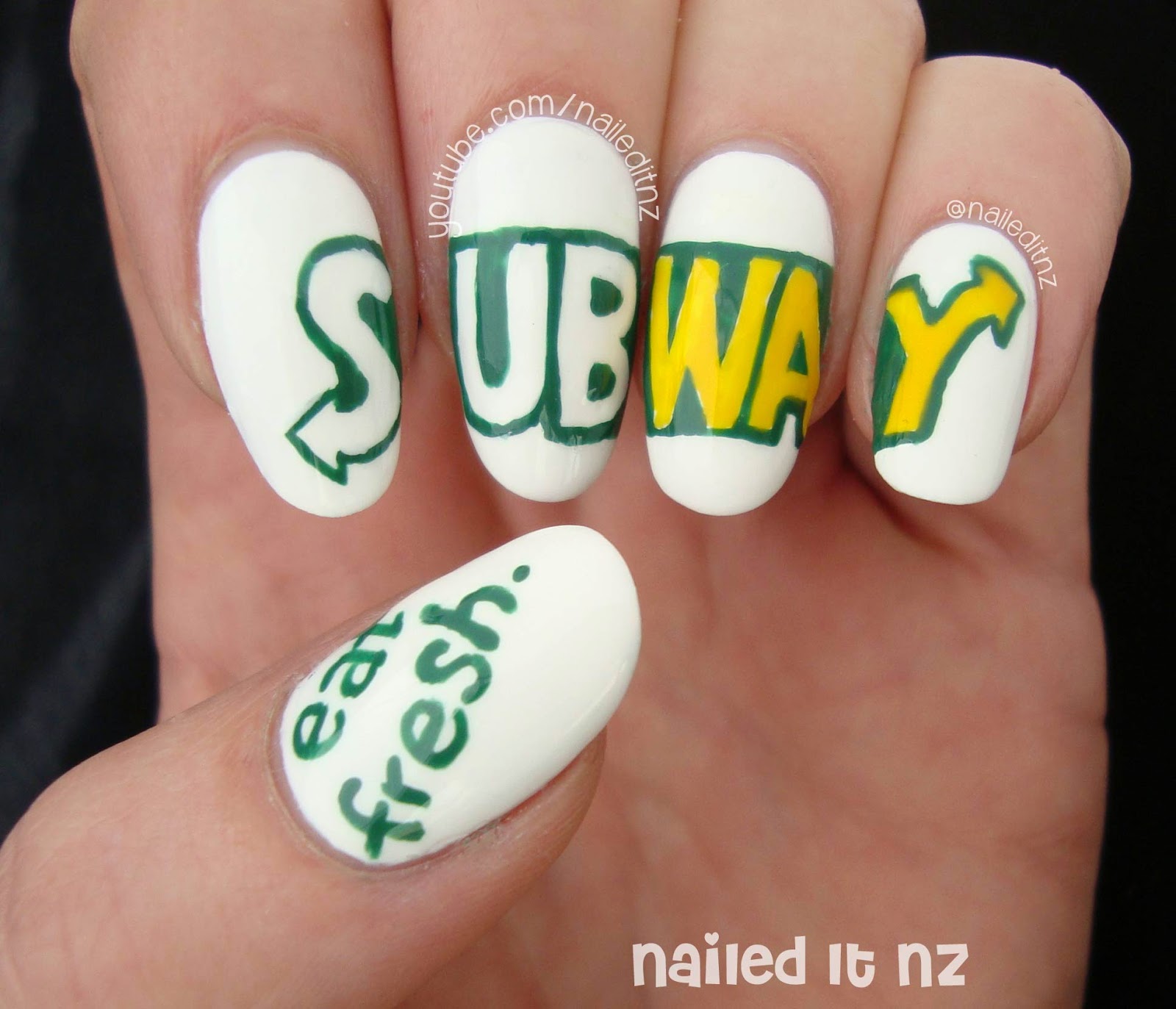 Hope you're having a good day, wherever you are, and I'll be back soon with a post about my giveaway.
♥