With nail art, you generally get better over time. I've seen my hand-painted nail art go from weird colourful stripes to patchwork to detailed cartoons. Hurrah. But I have never improved at stamping - in fact, I think I've gone backwards. The only hope I have is that maybe it's not me, maybe it's the polish I'm using. I've only ever stamped with normal nail polish, or stamping polish from Born Pretty Store. The one time I tried Konad, it belonged to a friend and it worked perfectly... I'm not sure if that was a one-off or not, but it gave me some hope.

I received a heap of stamping products to review from Born Pretty Store, and was excited to give it a try. The polishes are quite expensive, so I figured they must be awesome. But I don't know what it was - it was the most frustrating thing ever! I spent hours trying to get it to work one day, and this is the best I could get - plus this is after fixing it up the best I could by hand-painting in the gaps. 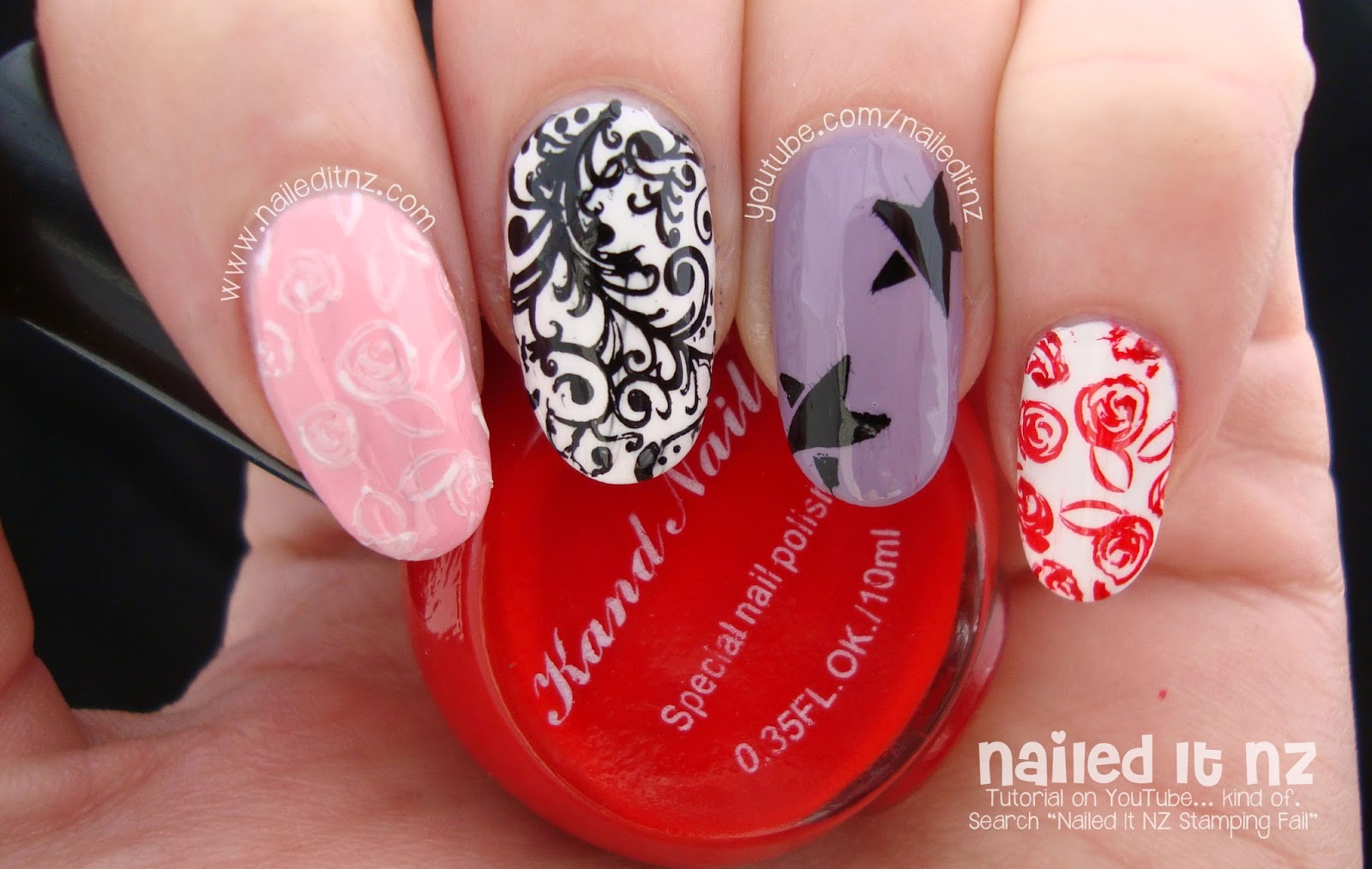 I pouted about my failed attempt for a good two weeks, but decided I owed it to Born Pretty Store, who I usually fully endorse, to try again. Maybe I was just having a bad day. 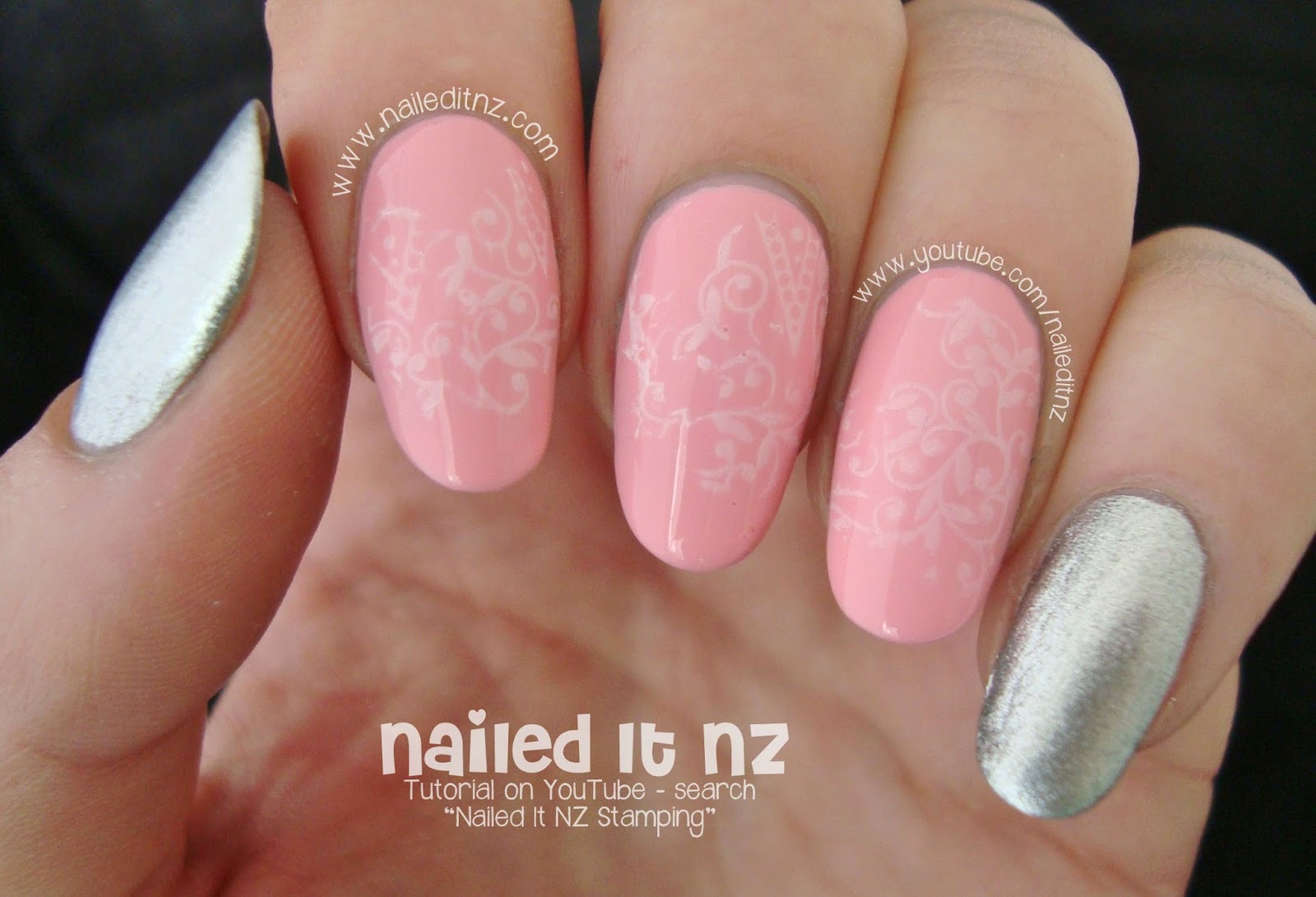 But no. Granted, this time was a little easier than last time, but most of the design still didn't transfer, and the white polish was far from opaque.

The awkward thing was that I intended to make a "How To" video with this stuff. But really, it was just a "How To Suck" video. I asked on Facebook if people wanted me to still upload it, despite it's... issues... and the response was a unanimous "yes," so at least I don't have to feel too bad about uploading such a sub-par tutorial. It's to please the people!

So I need some serious stamping help. Please, if you know anything about stamping, tell me what I'm doing wrong! It's worked in the past, with some other BPS polishes I have, but these ones... either I've gotten worse or the polishes aren't very good. The black was decent, come to think of it, but the white was too sheer and didn't transfer properly and the red dried so fast it was near-impossible to transfer. See the video for what I mean - and please subscribe!

Here are a few shots of the stamping supplies from Born Pretty Store. I did like the plates - there were heaps of awesome designs that I was so excited to try out, but it just didn't work out for me.

I heard that there's a company (or maybe several?)  that make extra large plates, for us ladies with wide fingernails. Does anyone know what the company's name is? I might see if I can hunt them down. Stamping isn't really "my thing" anyway, I like to hand-paint, but I know that a lot of people do like it and it'd be good to film a video where it worked perfectly. 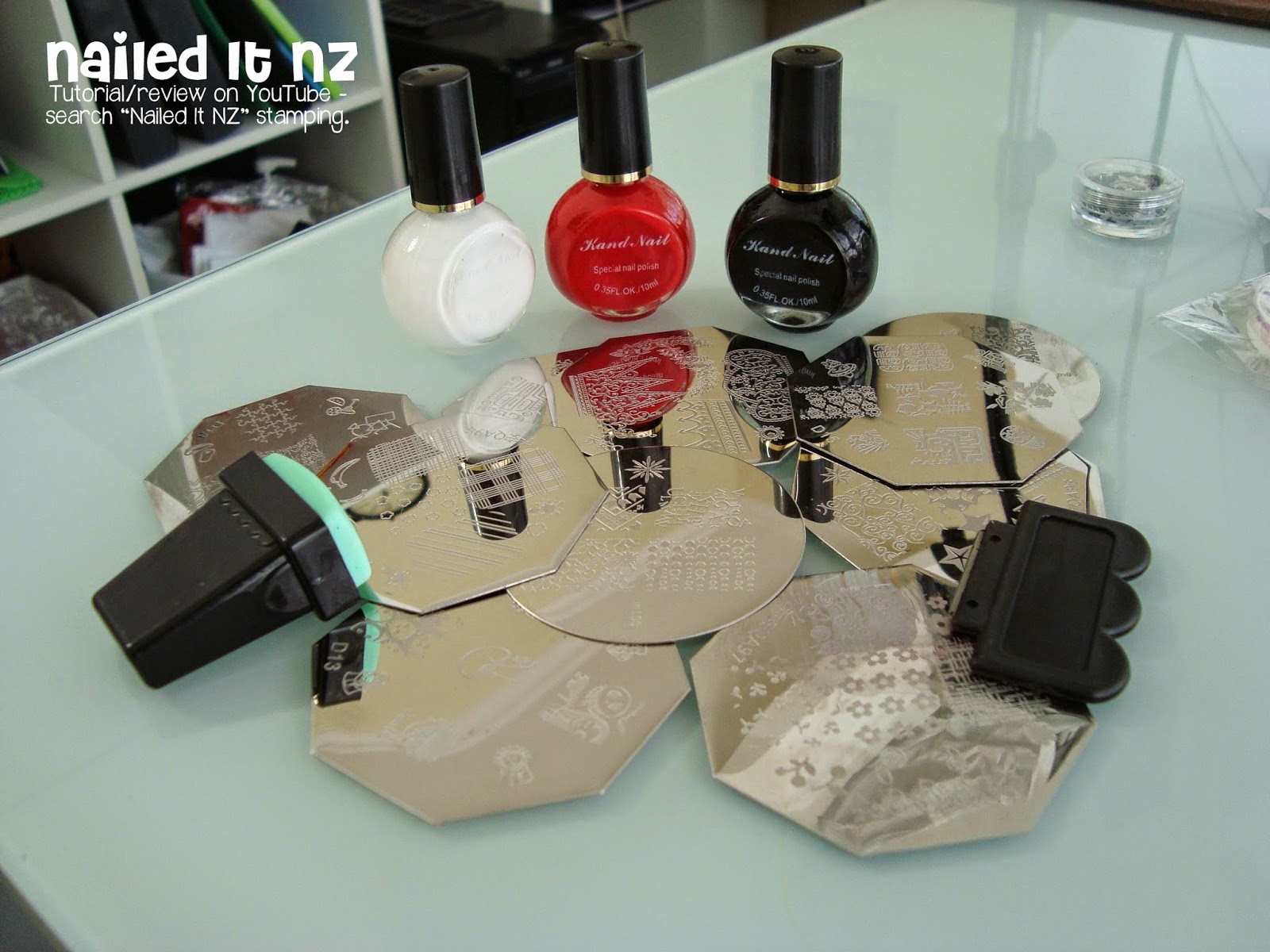 The stamper that I used in the first attempt (seen above) did not work out for me. It was an awkward shape - my nails are long and wide and the long and wide stamper was a bit to constricting; there was little room for error. I imagine it'd work just fine for others with smaller nails, or more stamping skill in general, but not for me. 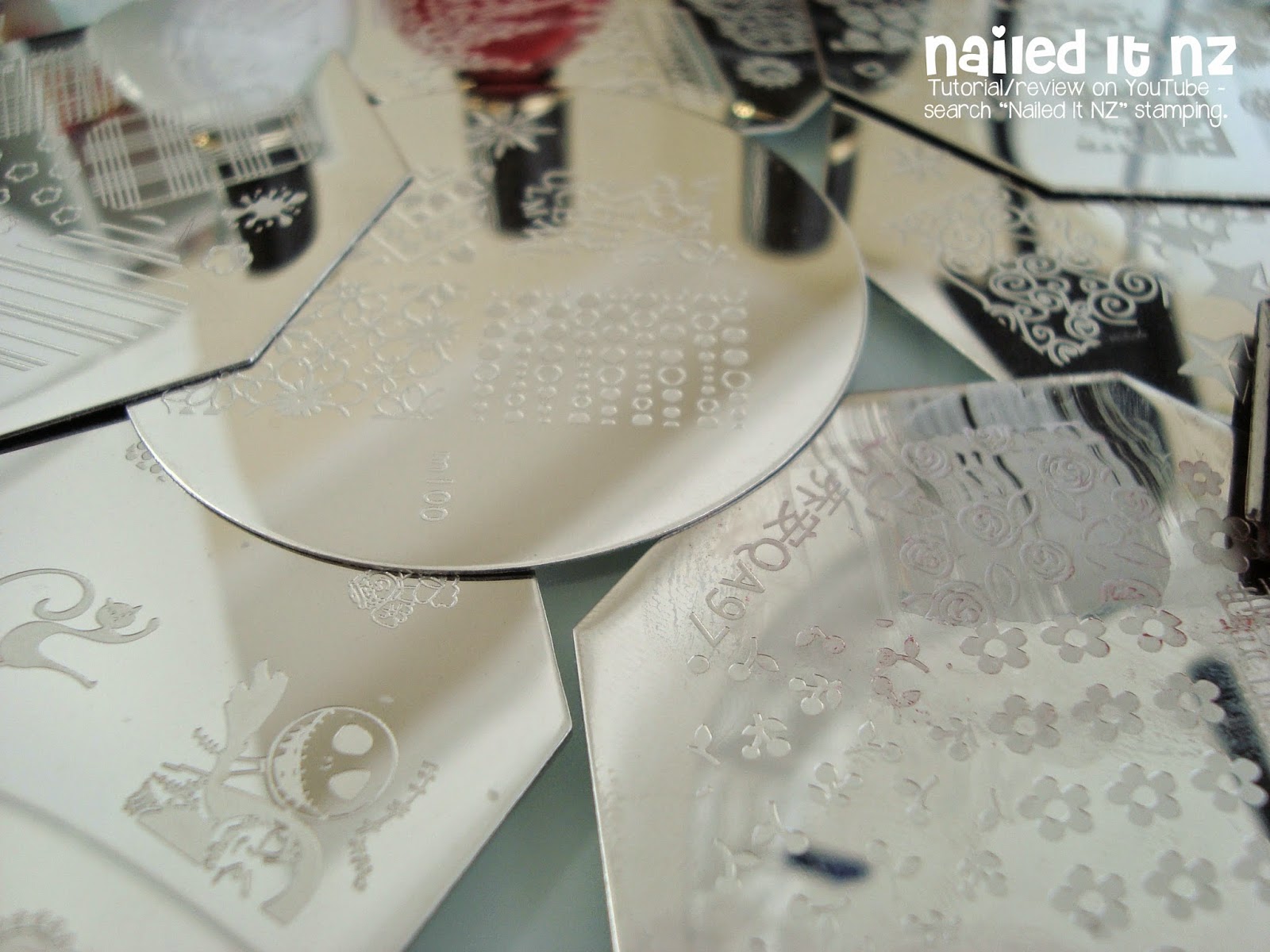 I feel a bit bad being this harsh about this polish - maybe I just got a bad batch? Or I actually am using it completely wrong? I doubt the latter, though, as I tried a lot of different techniques and have made it work in the past. As some consolation to Born Pretty Store, I really do love most of their products and have reviewed many over the years. Their studs and rhinestones are so cheap and perfect, and I love their dotting tools and brushes. It's just a bit disappointing that this didn't keep up with the standards, especially with a $20 price tag! 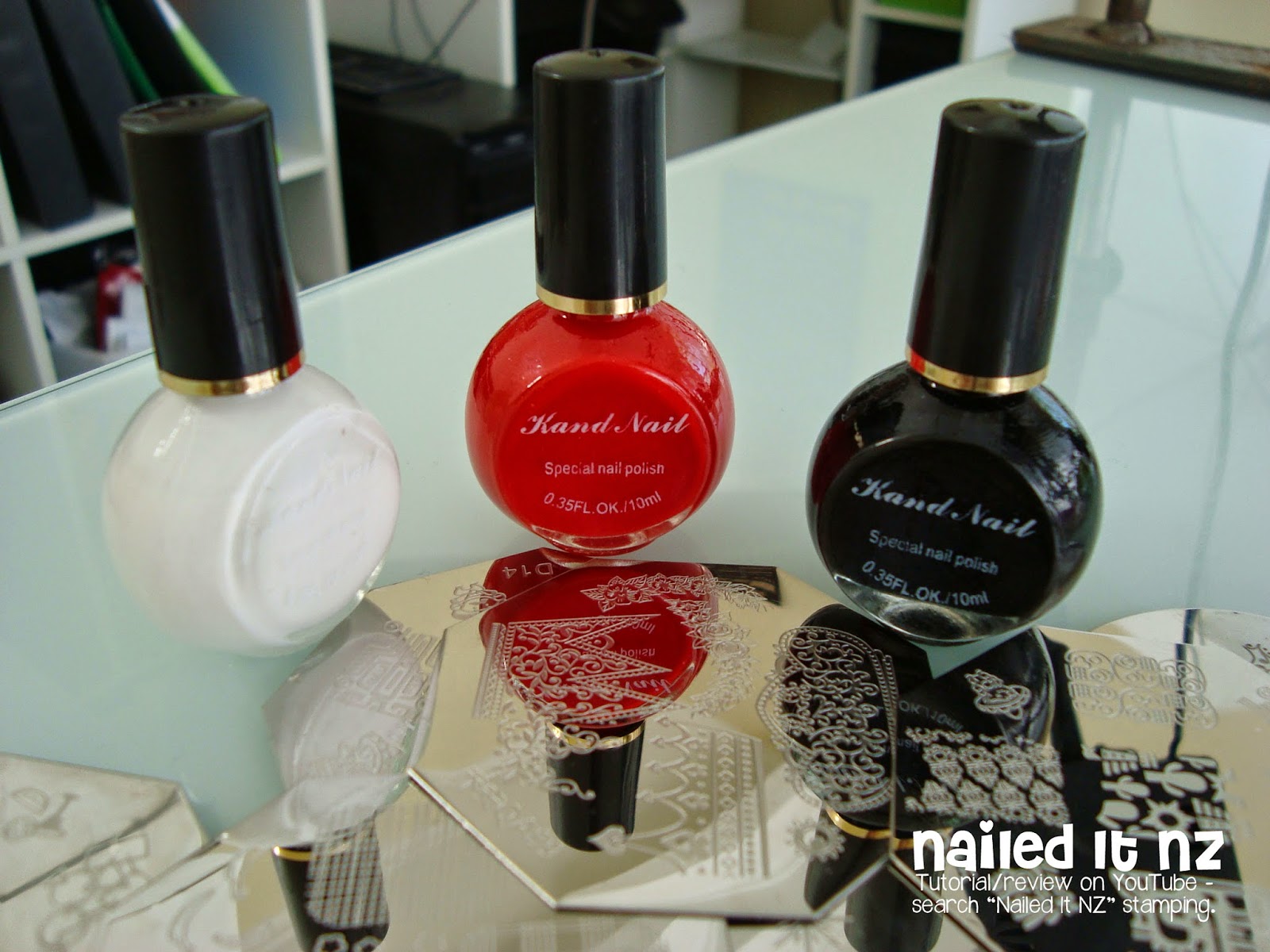 Here's one last shot of the second attempt. Again, let me know of any suggestions you have in terms of either improving my stamping skills, or choosing another brand. Thank you! 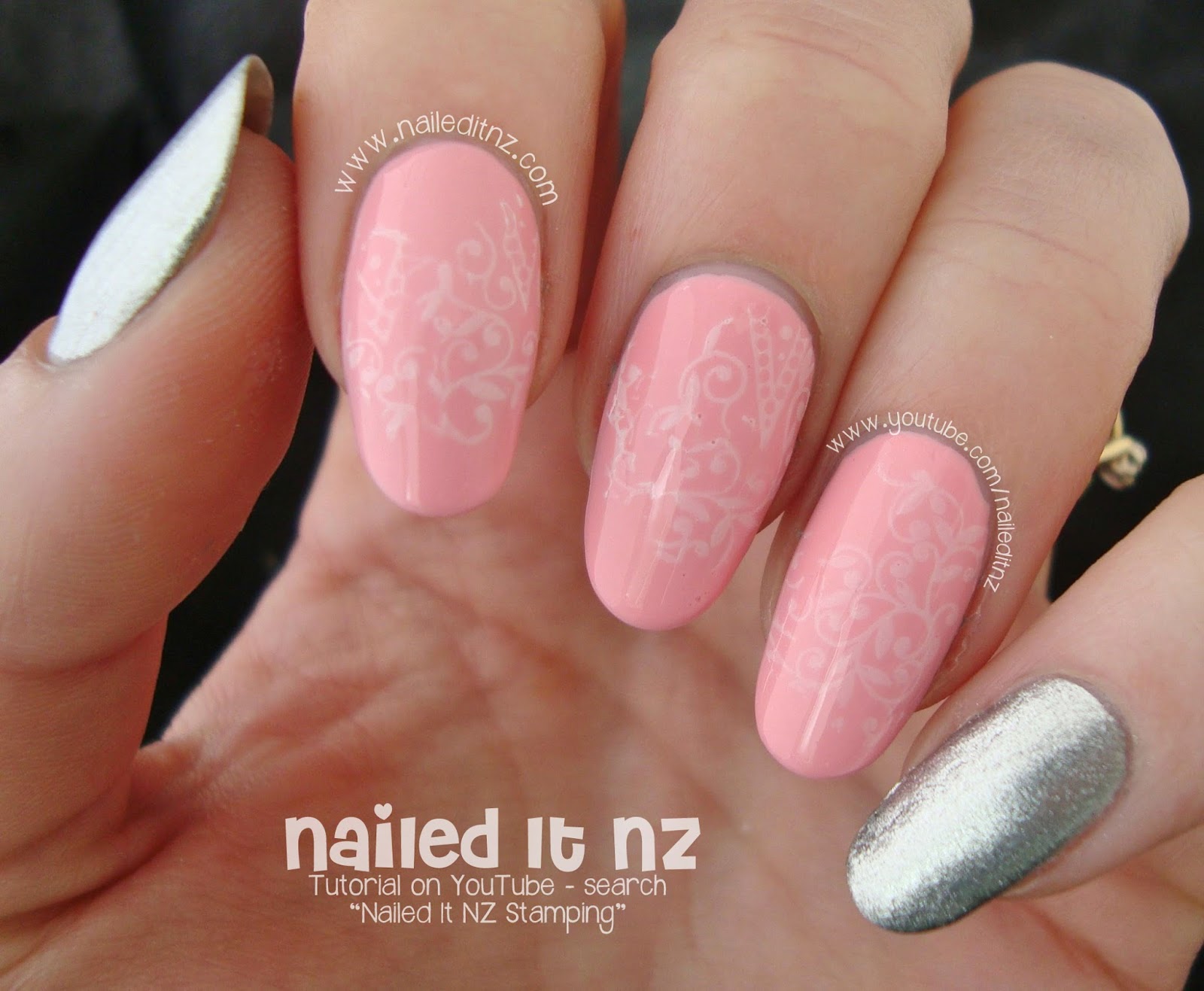 The products used in this blog post and video were provided to me for honest review from Born Pretty Store.