Today I have a really quick and easy Halloween nail art tutorial for you! It's my fourth one of 2014, and you can find all the others (as well as last year's) here. 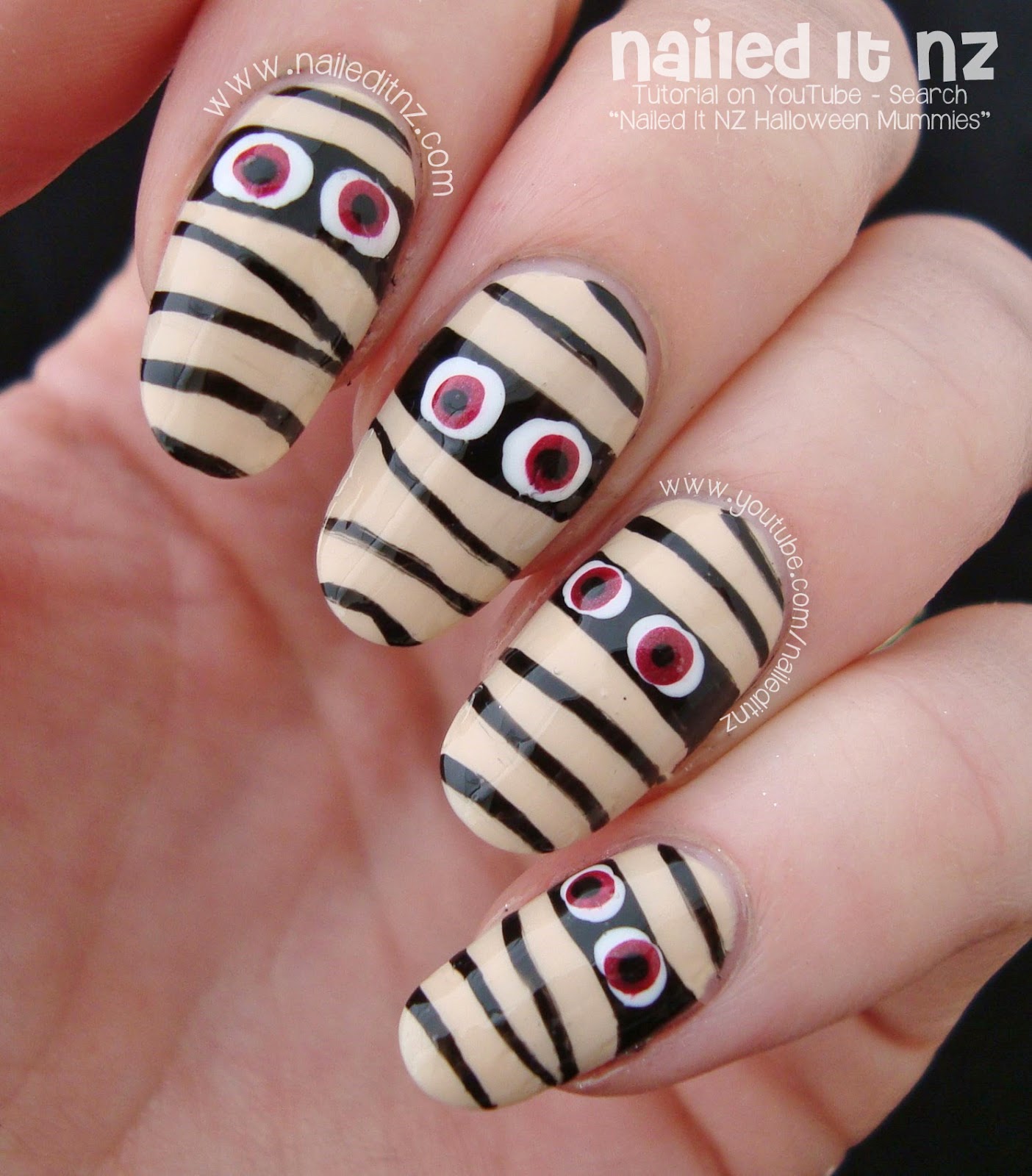 The biggest issue I have with this kind of nail art - as in, designs that have dark horizontal lines over a light background, is that the black tends to smear when you apply a top coat. Many a manicure ruined... I've managed to find a way around it though, and I mention that at the end of this tutorial.

Please subscribe! Just hitting the 8,000 mark at the moment, yay! 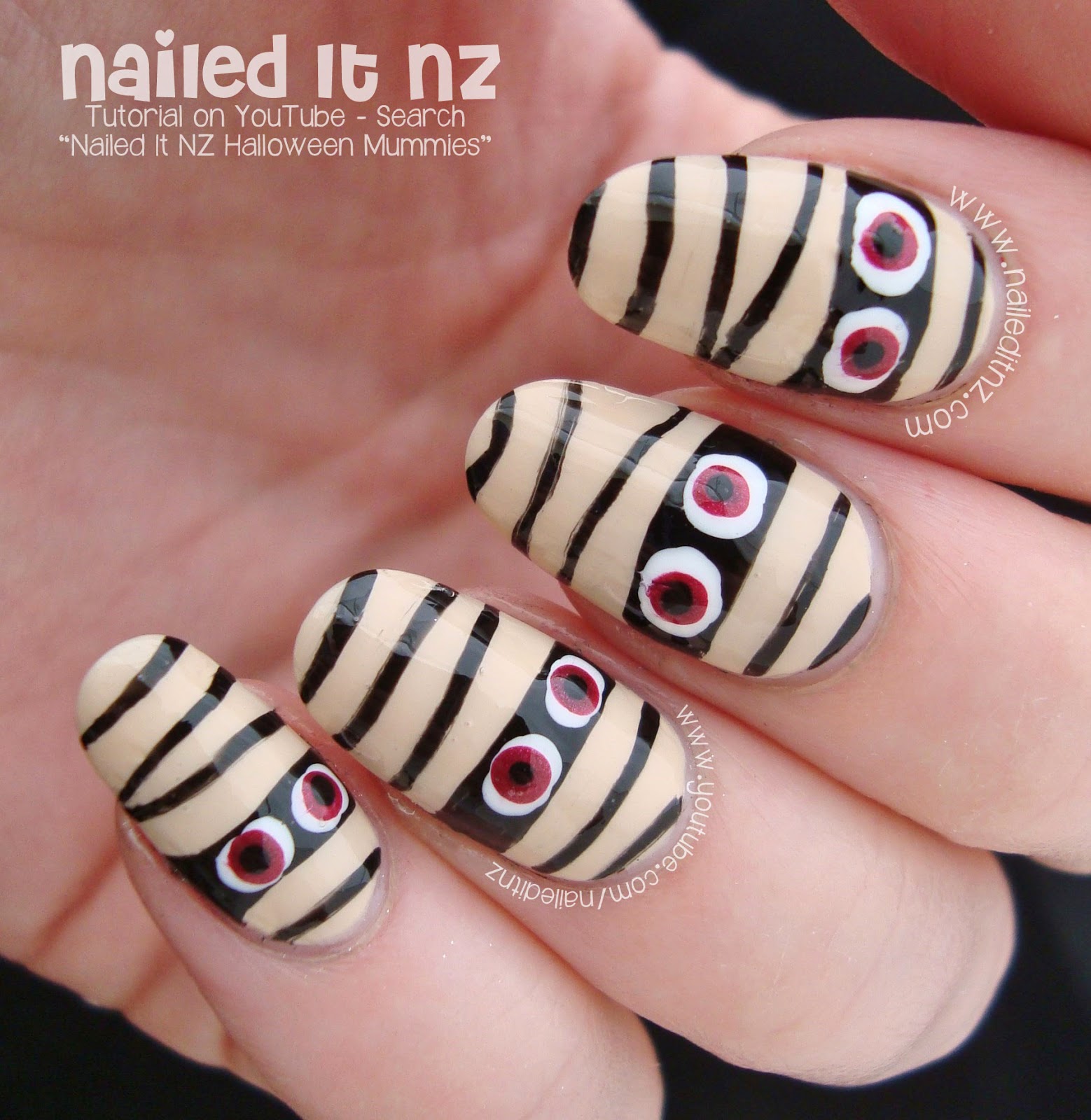 I must say, this isn't my best example of nail art. There's a bit in the tutorial where my hand is shaking a bit, so I thought I'd make something of a disclaimer - I did this tutorial on a full day of filming. This one was the third and final one, several hours after starting and in a rather smelly nail room. I also had to redesign this a couple of times as I wasn't happy with it, so by the time I finally settled on a design I was a bit worn out! Hence the shakiness and imperfections ☺. 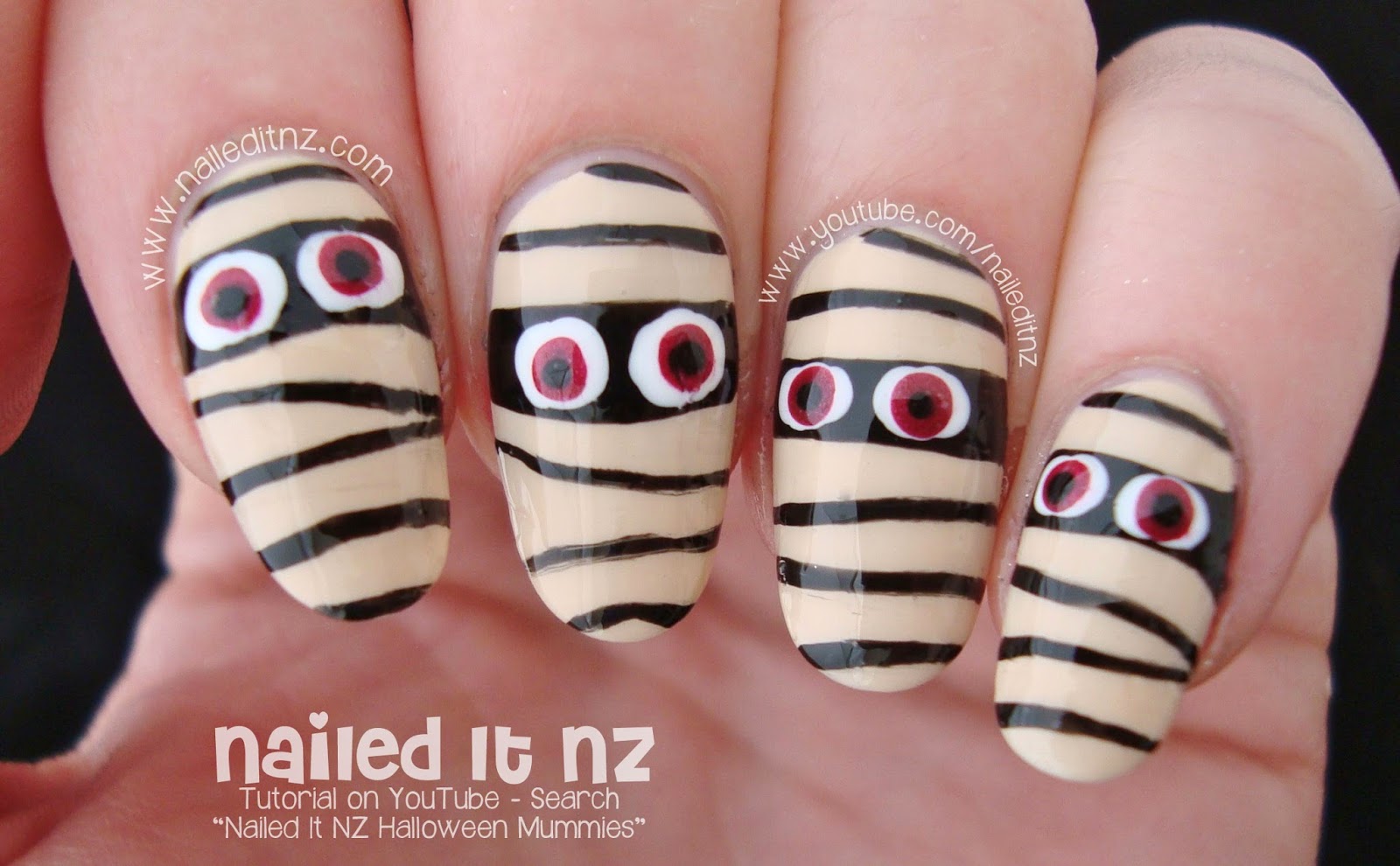 Here's what I first started doing. It had it's charm... but I just wasn't convinced of it's suitability. It looks like it has glasses on, haha. Maybe if I had made a black background behind it's eyes it would've looked better? 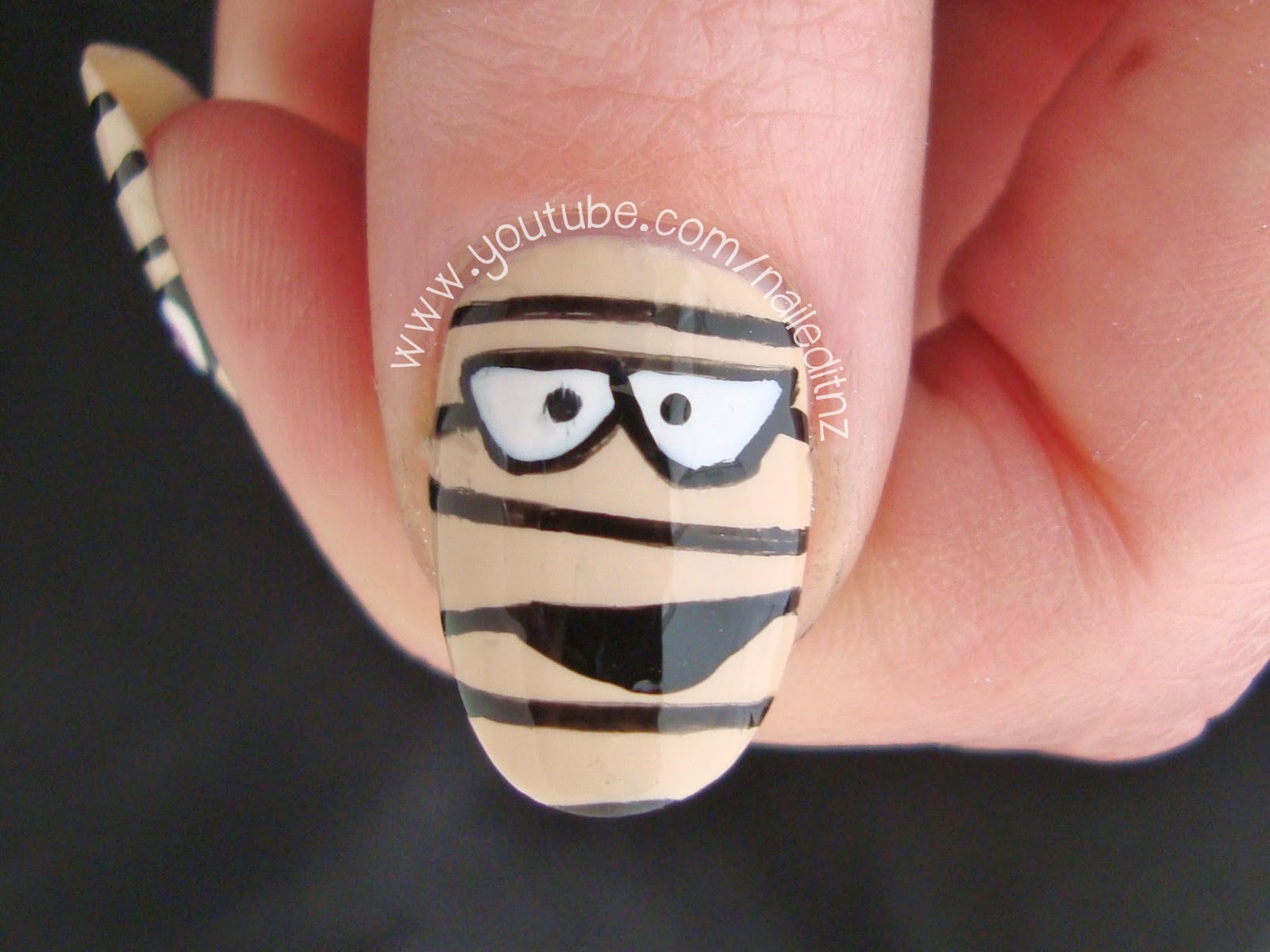 Still, for my first Halloween Mummy nails I was happy enough with them. And they're easy, so that's good for everyone else. Hope you like these! 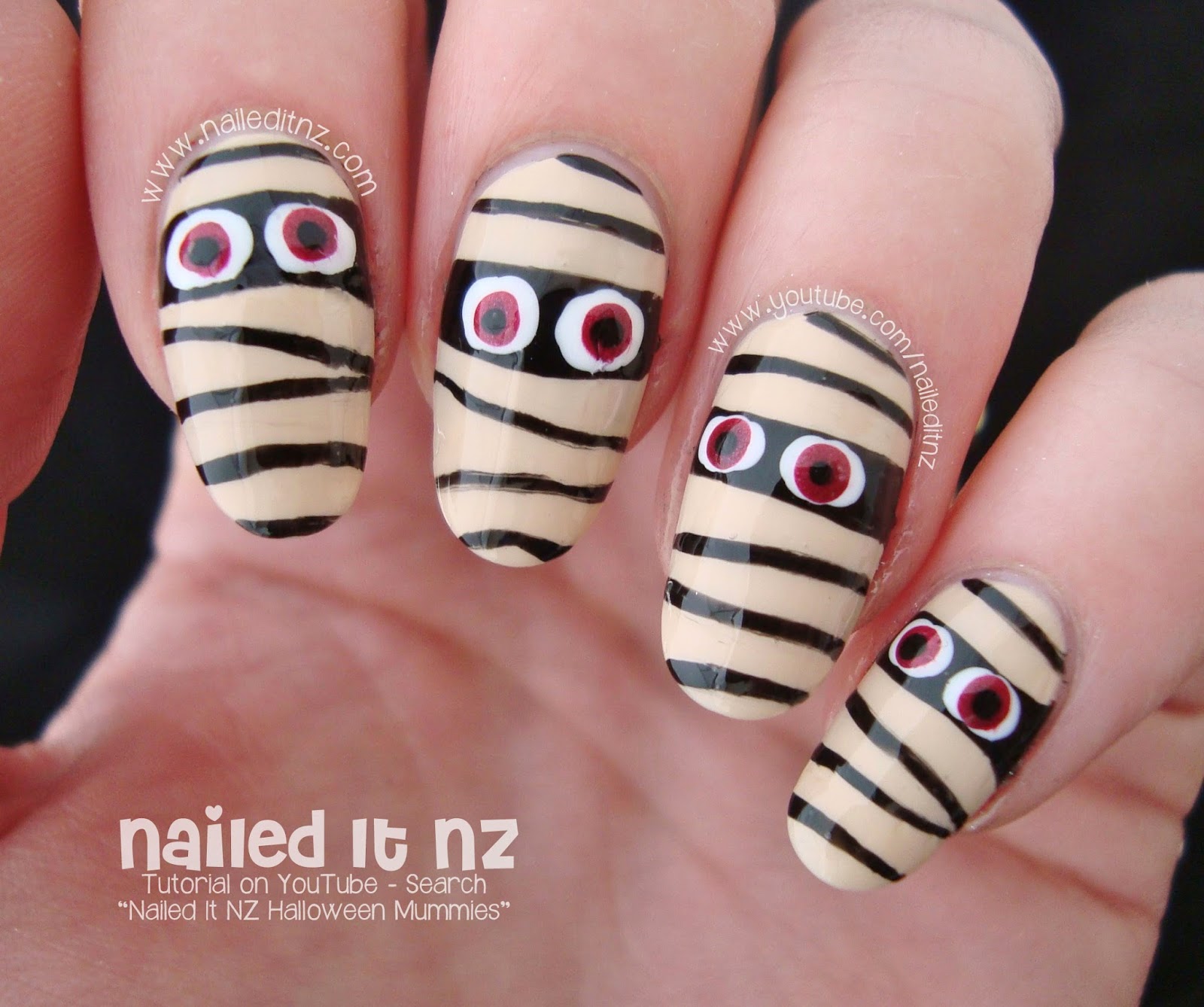 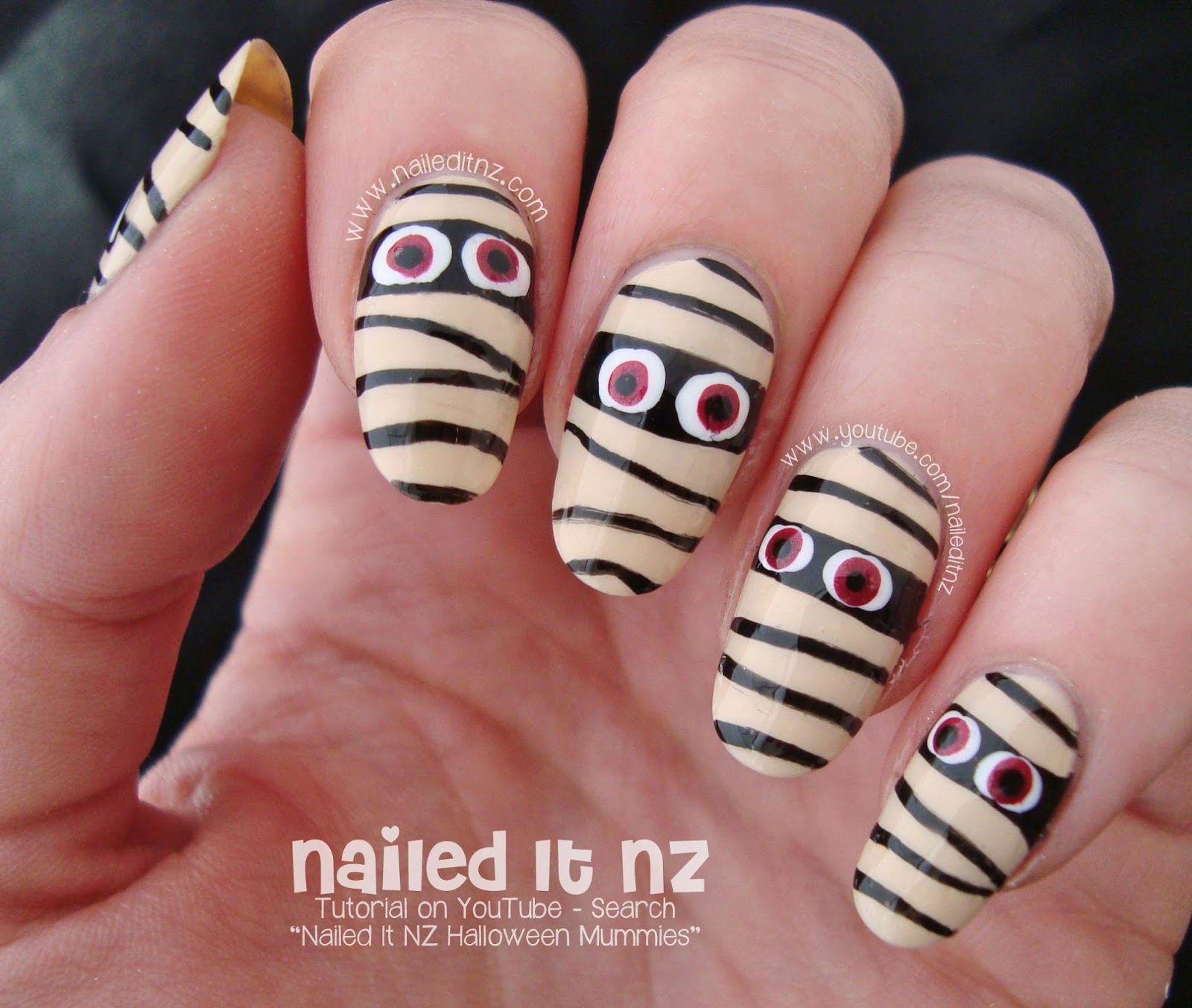