That time when Doctor Who reblogged my nails...

I recently filmed a tutorial for some Doctor Who nail art (tutorial will be up soon on YouTube) and posted the photo to my social media sites. I was happy enough with the design, but I do think the Tardis ended up a bit wonky; I'm gonna play that off as it being because of the whole "wibbly wobbly timey wimey" thing. Anyway, I uploaded it to Instagram, which then shared it with Tumblr and the next day I suddenly saw it had 1000 notes. WHAT? I quickly realised that the official Doctor Who account on Tumblr had reblogged my nail art, and it now has over 3,500 notes! Actually, by the time you read this, probably more, as I'm scheduling this several days in advance. You can check here, if you're interested. 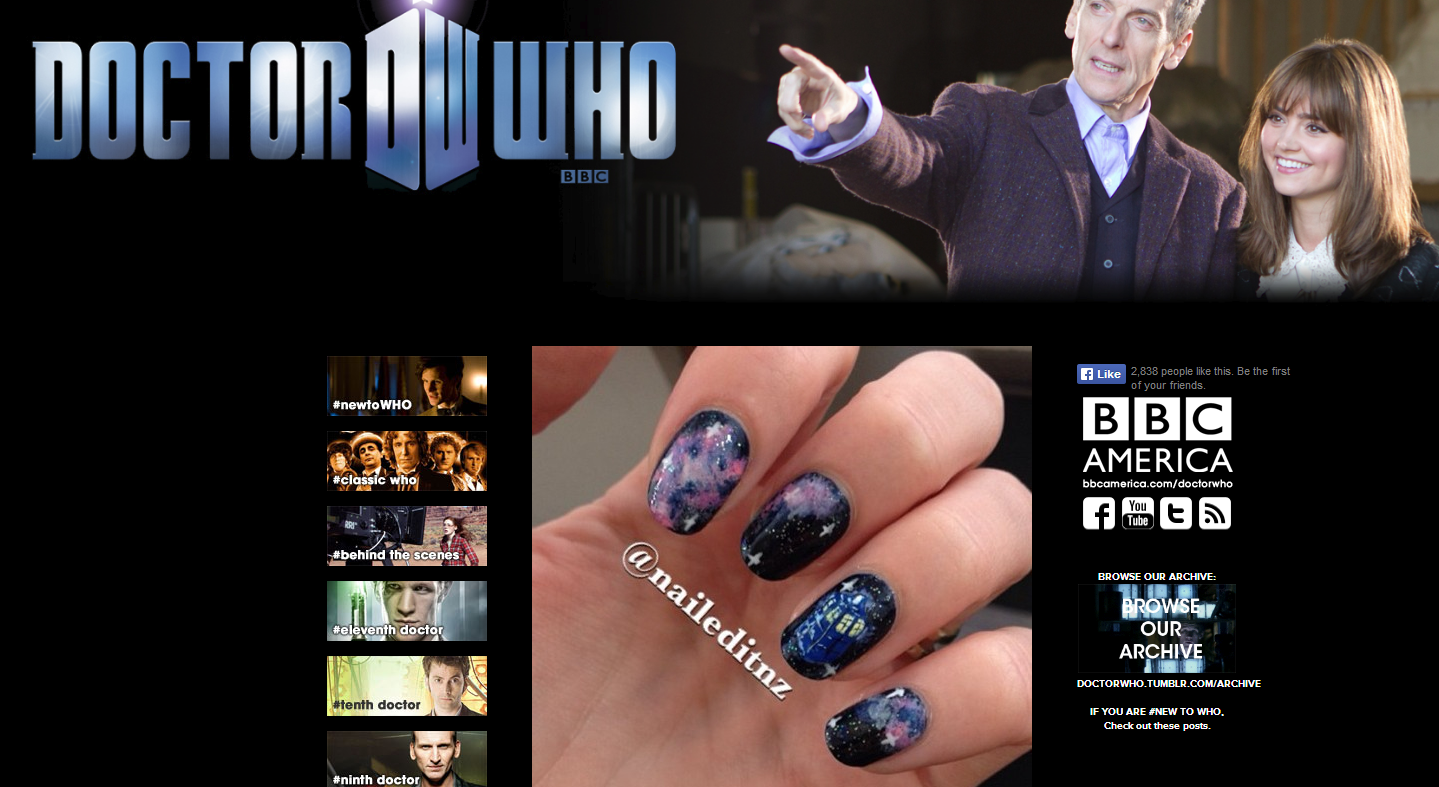 I mean, on the grand scale of things I do realise it's not a big deal, but it certainly made my day. I didn't get heaps of new followers (maybe 100 or so) but it was the recognition that was kind of cool ☺. Someone, somewhere who works for the BBC thought my nail art was worth reblogging. And I'm such a fangirl of The Doctor that this fact is pretty cool.

Anywho, so more proper photos and a tutorial for these nails will be along soon, but I thought I'd just share this with you. I'm sure fellow Whovians will understand my excitement!

Labels: about me doctor who galaxy galaxy nails nail art