I spent a year after high school working at a McDonald's restaurant; in fact it's five years this month since my first shift. Fast food is often seen as one of the "lowest of the low" jobs, but I absolutely loved it. Everyone should work in customer service/retail at some point in their life; you find out what it's like to deal with the world's worst customers, and learn that you never want to be like them. Honestly, some of the customers that went through there were absolutely awful people, and they sure didn't bother "faking it" for lowly Macca's staff. However, there were some amazing customers too, and I have many funny memories about eccentric old men, chatty seven year old's and happy families. The fast-paced environment and awesome people I worked with really "made it" for me, and it was one of the best years of my life. It doesn't hurt that I met my now-husband there, either ☺.

I did these McDonald's nails awhile ago, and decided to re-do them and make a tutorial! 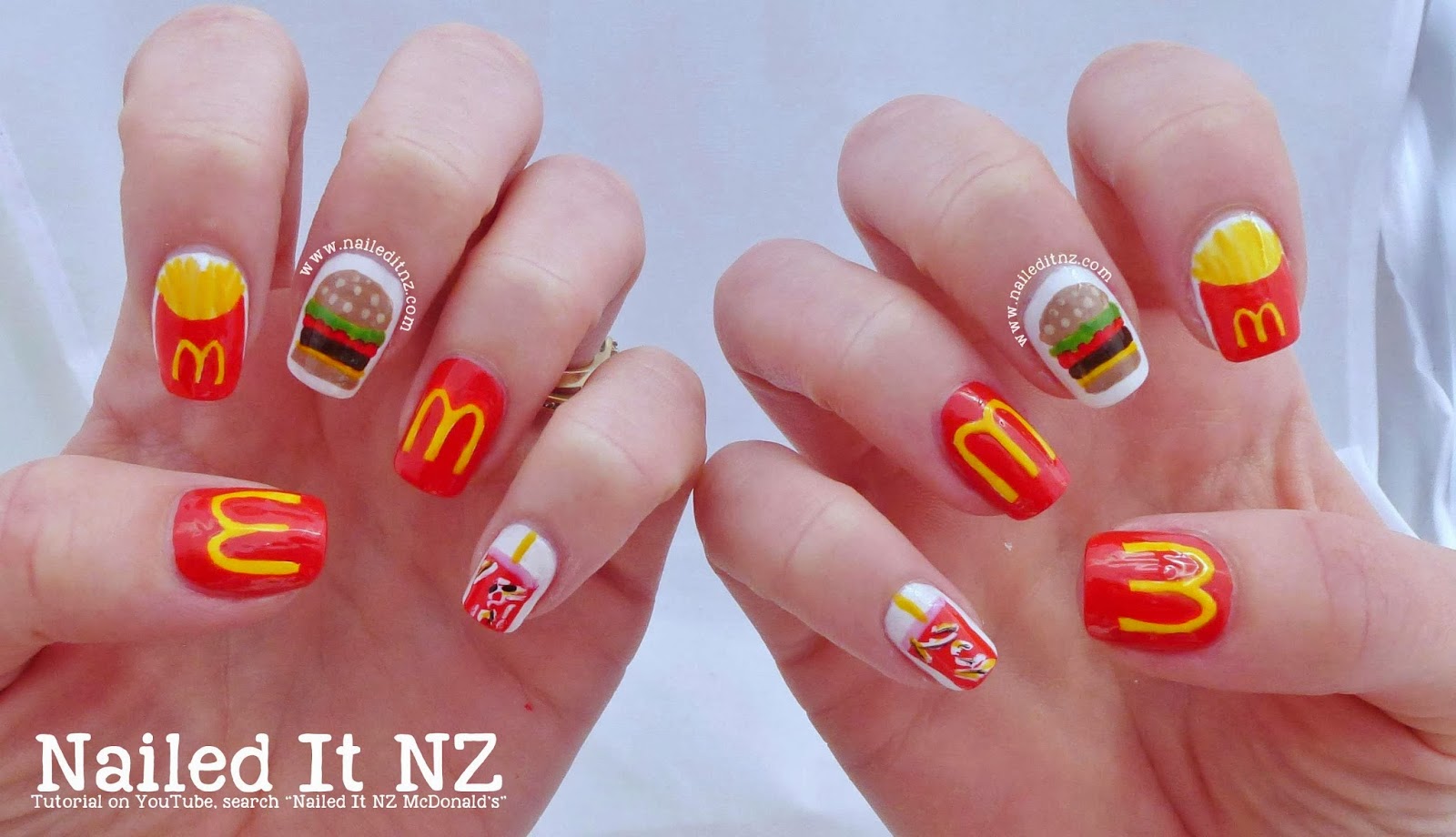 And here it is. Hit that subscribe button, you know you want to ;).

My nails are no longer this shape; I cut them shorter and changed the shape to oval last night, for several reasons. I'll have to do a blog post about it soon - it wasn't done just for a change! 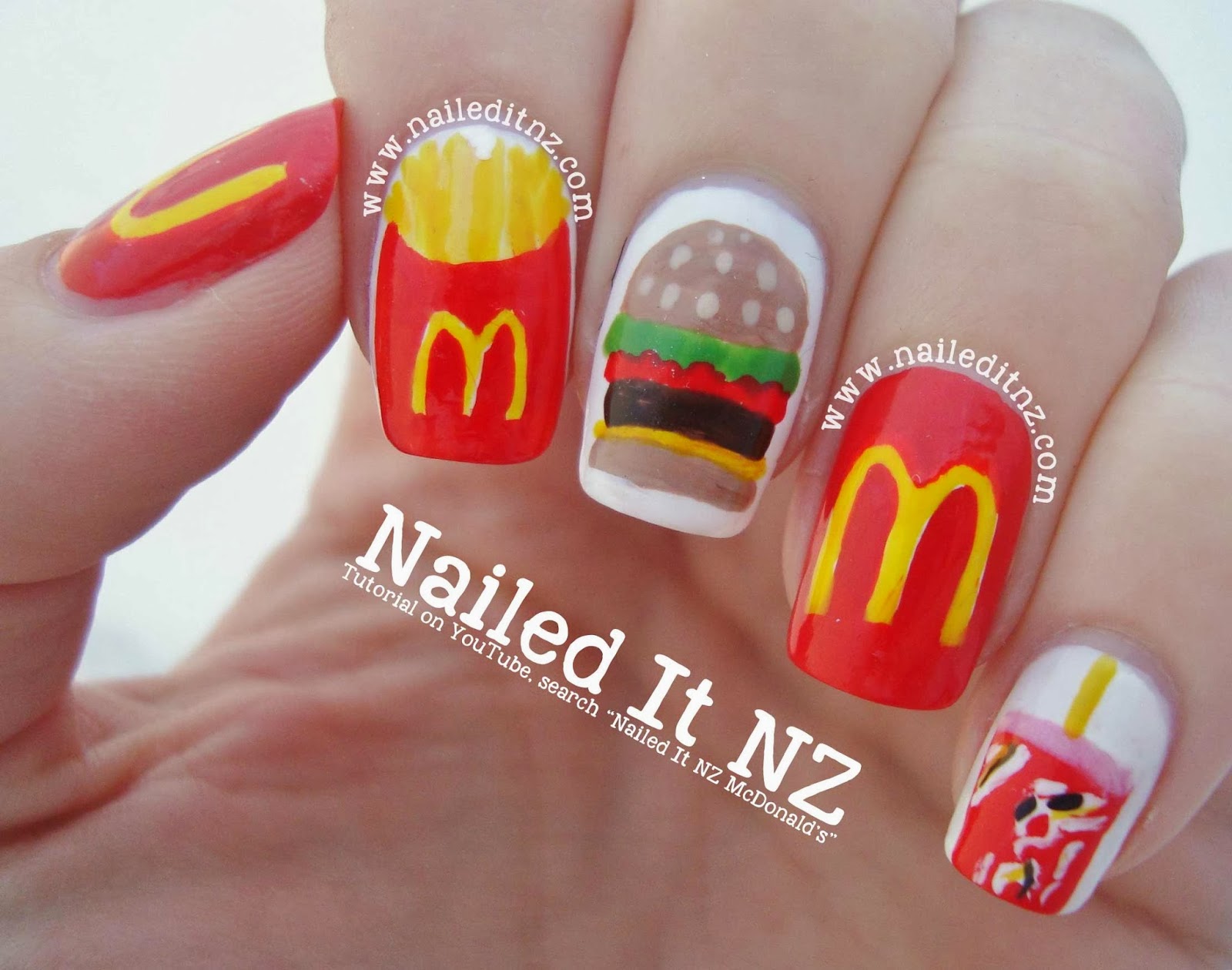 I put the photo below on We Heart It and it got well over 500 hearts. I was a bit shocked by that, that only normally happens with picture tutorials! I guess these kinds of nails stand out for being different. I didn't keep them on for long, though, I wanted something a little less... well, just a little less on my nails, so I did some cute little roses which I absolutely loved. I'll be uploading the tutorial for that soon, too. 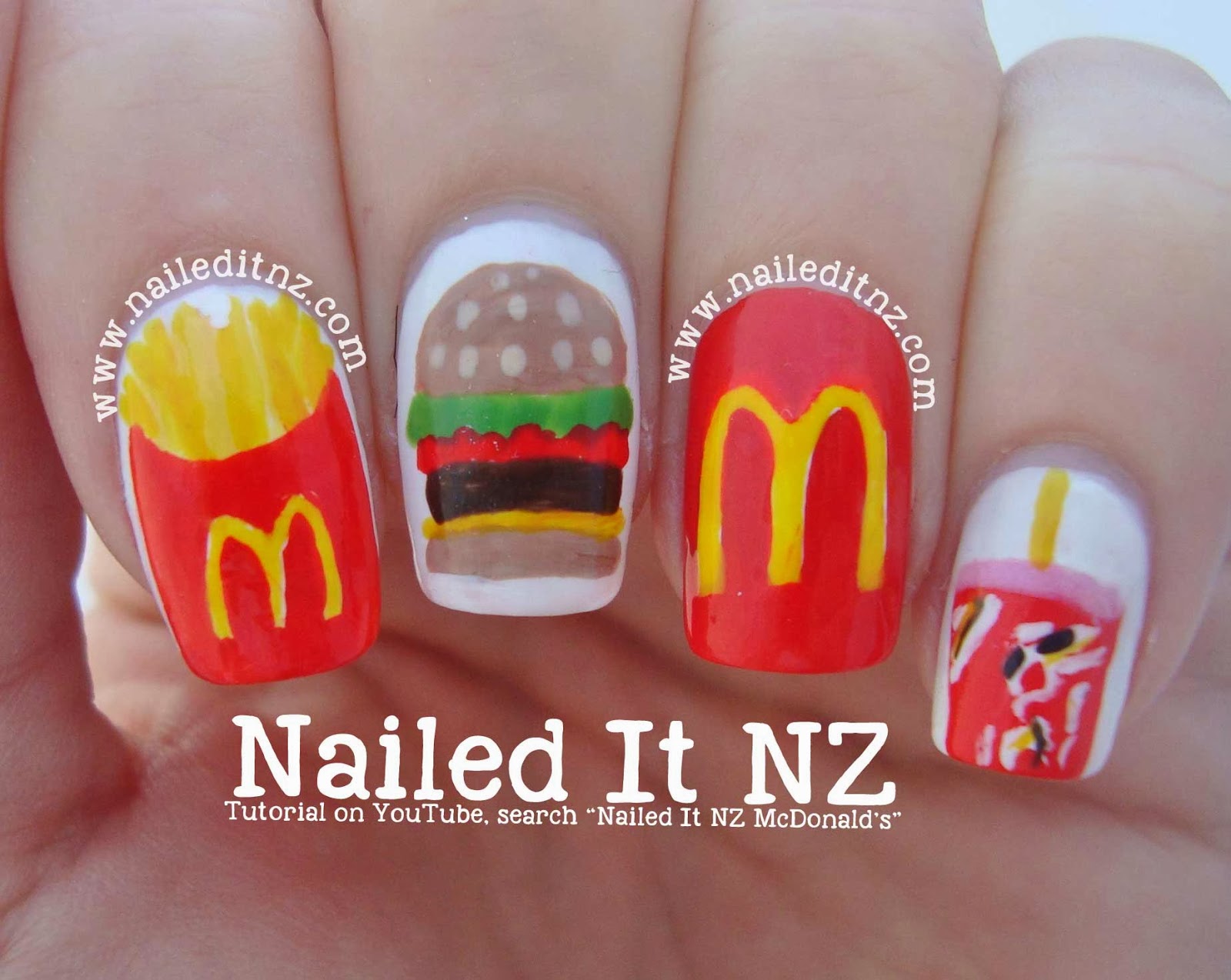 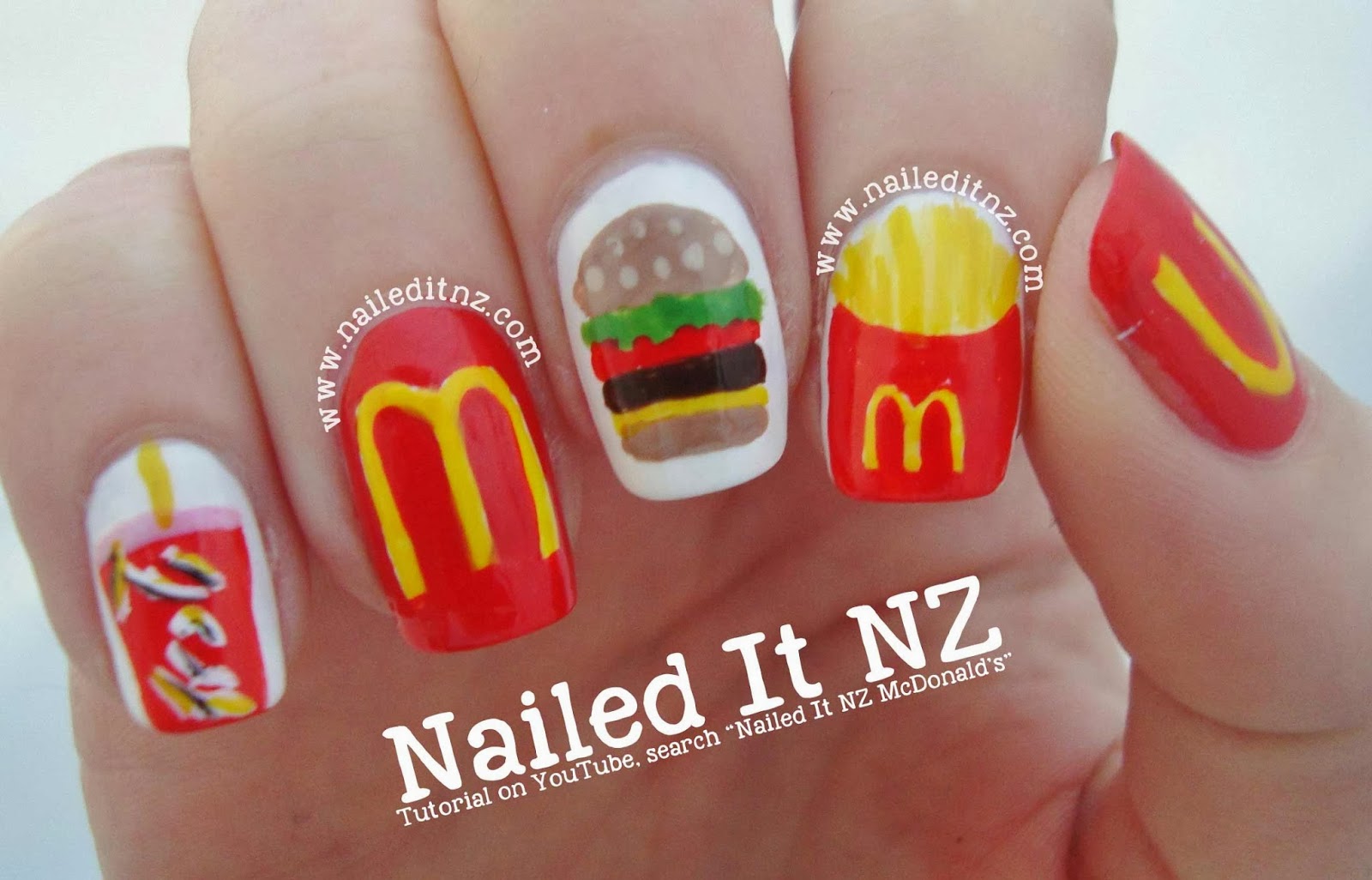 Hope you like them! If you watch the video there's a little tip in there about making your lines appear more detailed than you initially made them, so that may prove helpful to some of you.
♥
Labels: McDonald's nail art tutorial YouTube