These nails are some of my current favourites, mostly because of the theme. I was actually quite disappointed at how they turned out, the Tardis looks a bit funny but it got a good online reaction, so I'm not too worried! I filmed a tutorial for them too, which is now up on YouTube. Here are the nails... 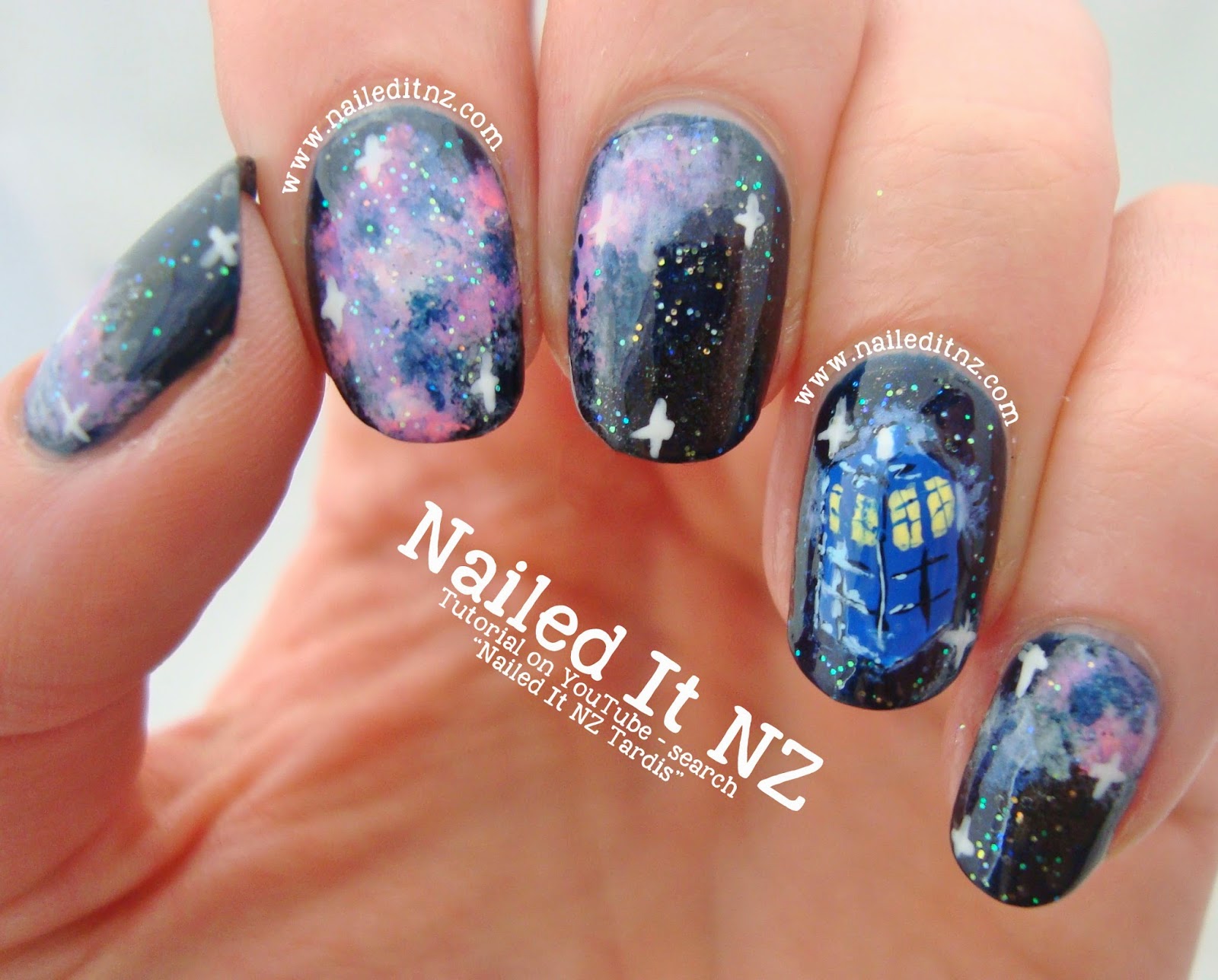 And here's the tutorial!

It's basically a tutorial for galaxy nail art as well, as that's the bulk of this design. Galaxy nails are relatively simple, but always look awesome (I don't think I've ever seen bad galaxy nails, ever) so I'm pretty happy with this design. The Tardis was the only part that was hard, but that was only one nail ☺. 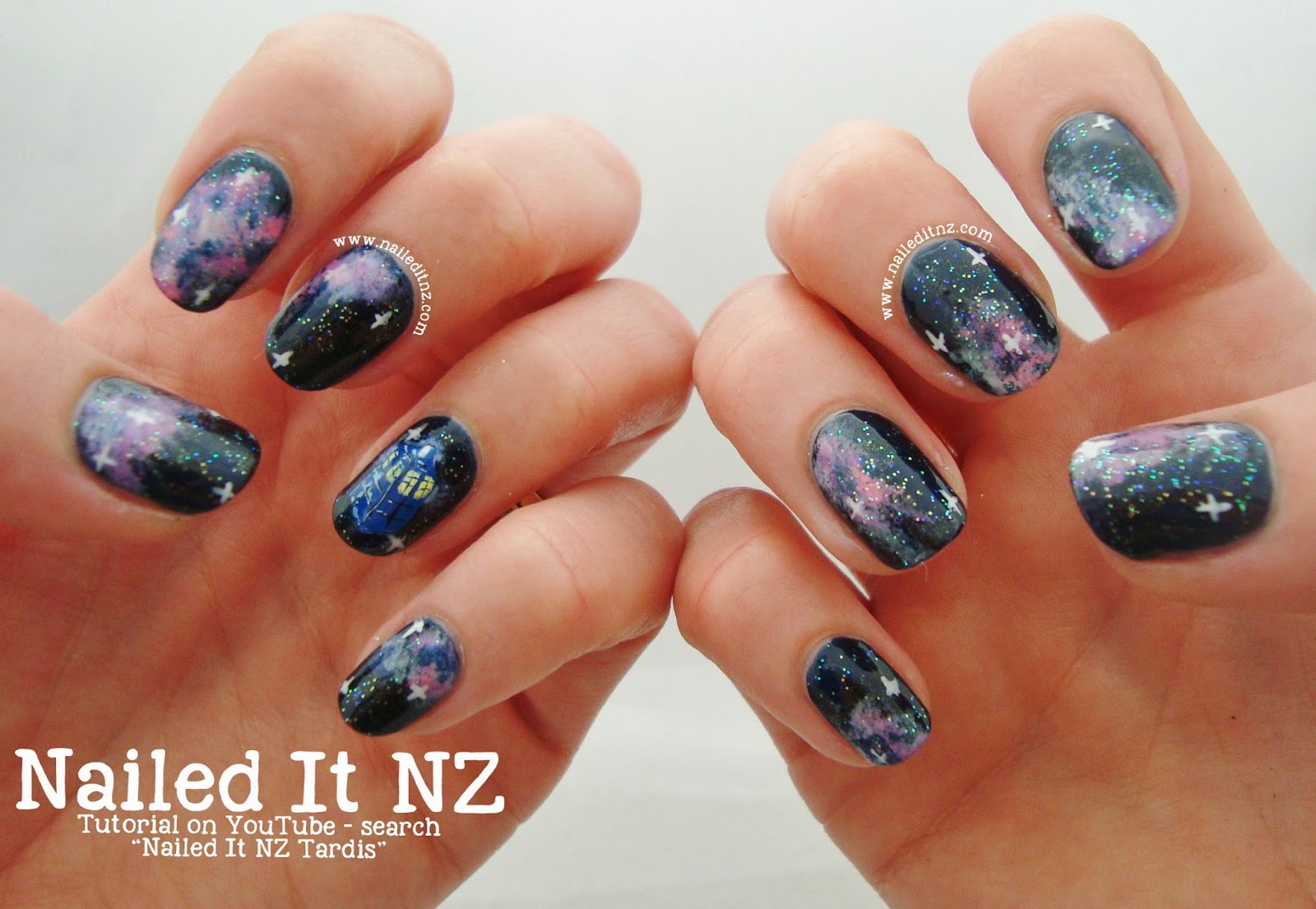 I've been making all sorts of plans for my next Doctor Who nail art! Can't wait! And next time I'll be sure to get better photos. I took a bunch, assumed they'd be okay and by the time I realised they weren't I had already removed the polish. Cue heaps of blurry pictures. The ones I have here are the only half decent ones. 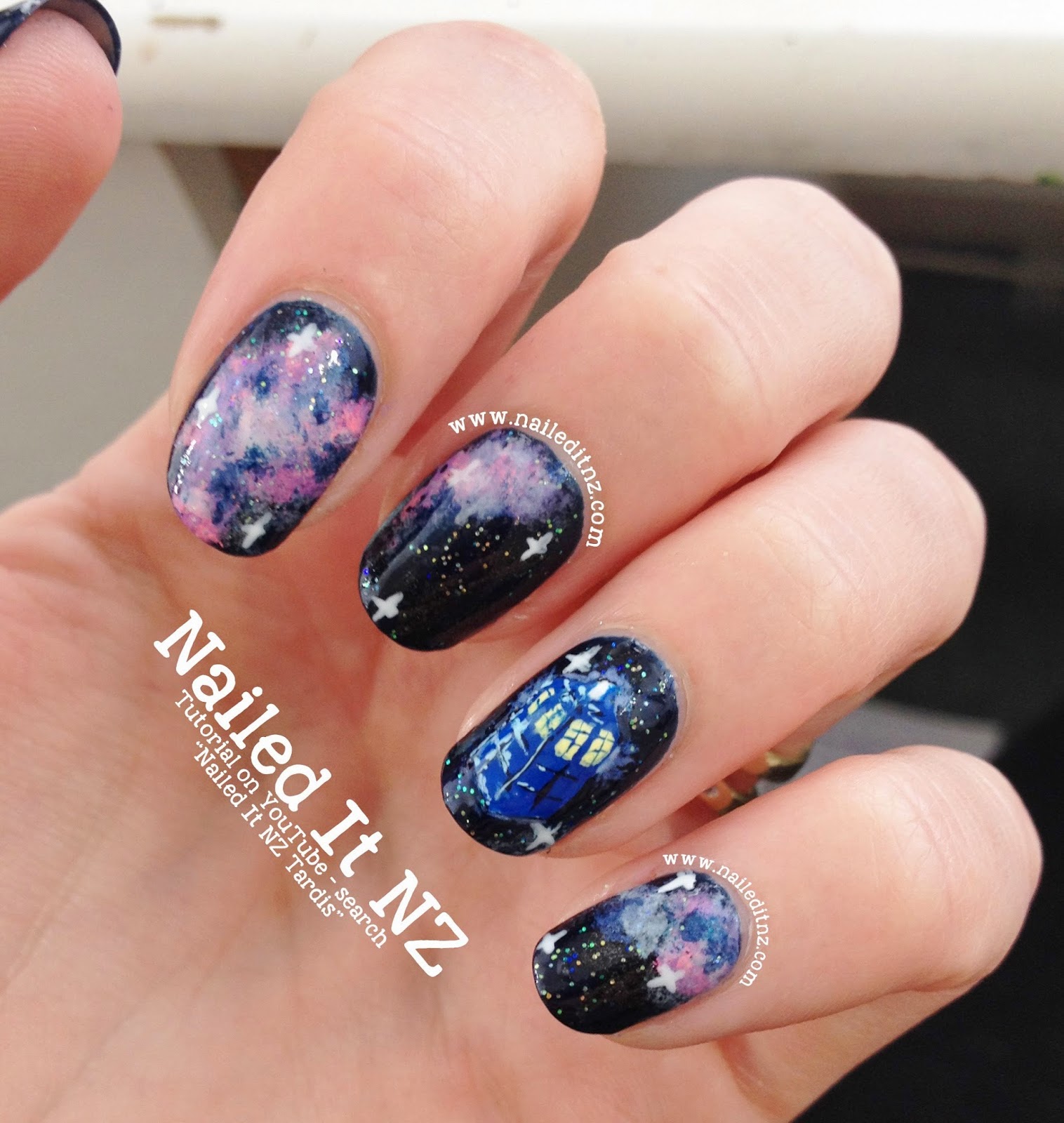