I Got My Nails Did!

I've only had someone else do my nails three times. First, it was for my wedding. I very painfully grew my nails for six weeks (I hated long nails at the time) and got them painted with a plain french tip at a local nail bar. This was two years ago and didn't know nail art existed yet. The next time was in November 2013, when I met Leah Light and she did my nails (you can read about this here). And the third and most recent time, was in the weekend! I had the pleasure of meeting and getting my nails done by the talented Leanna from Dolls House Nails & Beauty! 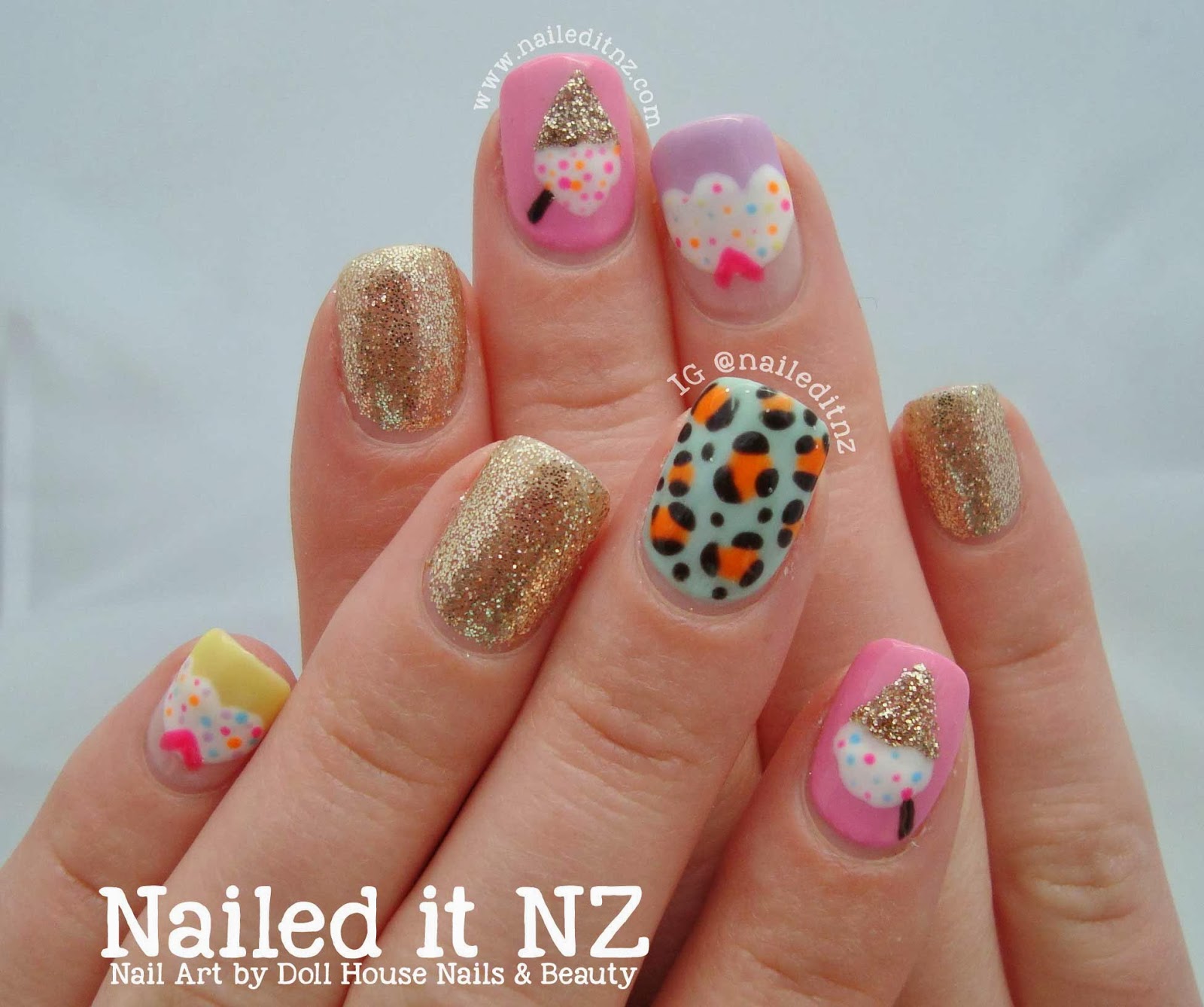 I actually approached her a little while ago about any possible job openings, not knowing that she worked from home (at least at the moment!). I ended up getting a job at another salon (still finalising stuff for that, I'll announce it properly soon) but Leanna and I were still keen to meet each other. So I went over for nails on Saturday! 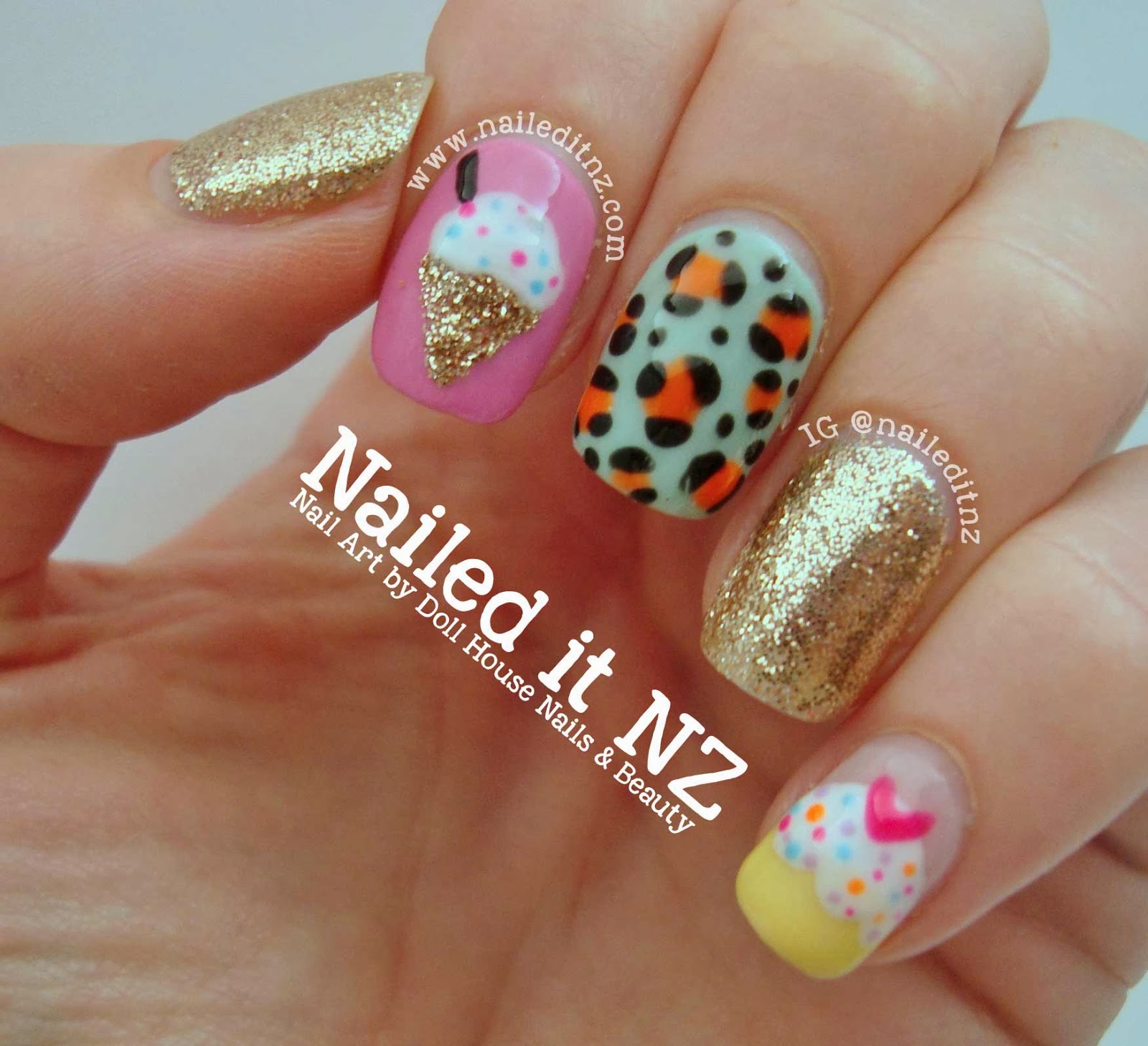 I just love the designs she came up with! It's really cool seeing how other people do their art - she used tools I didn't, used tin foil instead of a plastic lid to put blobs of polish on, and even the colours she chose were slightly different! It opens my eyes a bit more to the possibilities - I've never done leopard print with the colours she did but I love them! 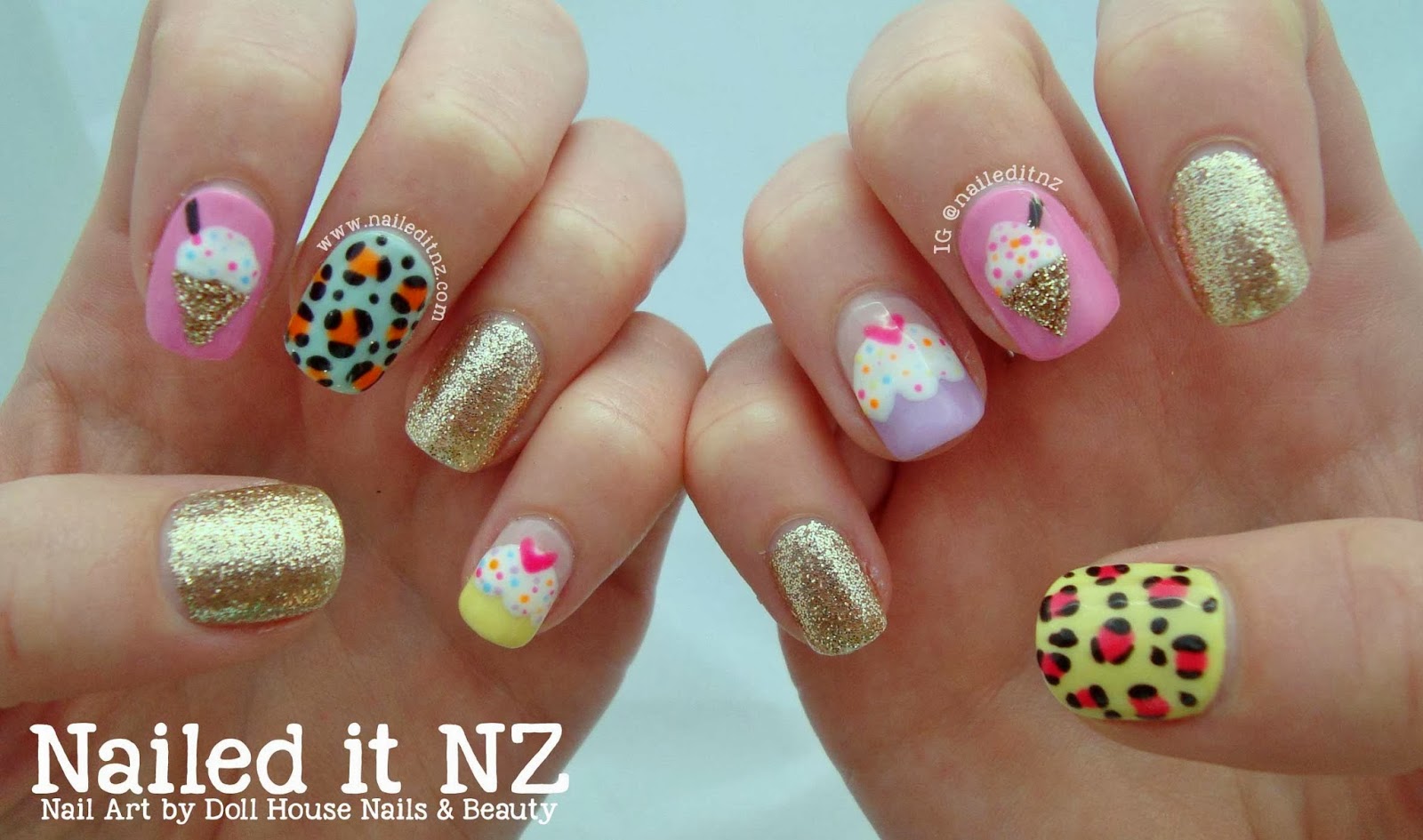 I was a bit nervous that I might be a bit underwhelming (I knew she had followed me for a while) and she was a bit nervous of not doing the nails "good enough" but we had a great time ☺. Lots of fun, and we both are excellent talkers! So feel free to go give Doll House a like on Facebook ;). 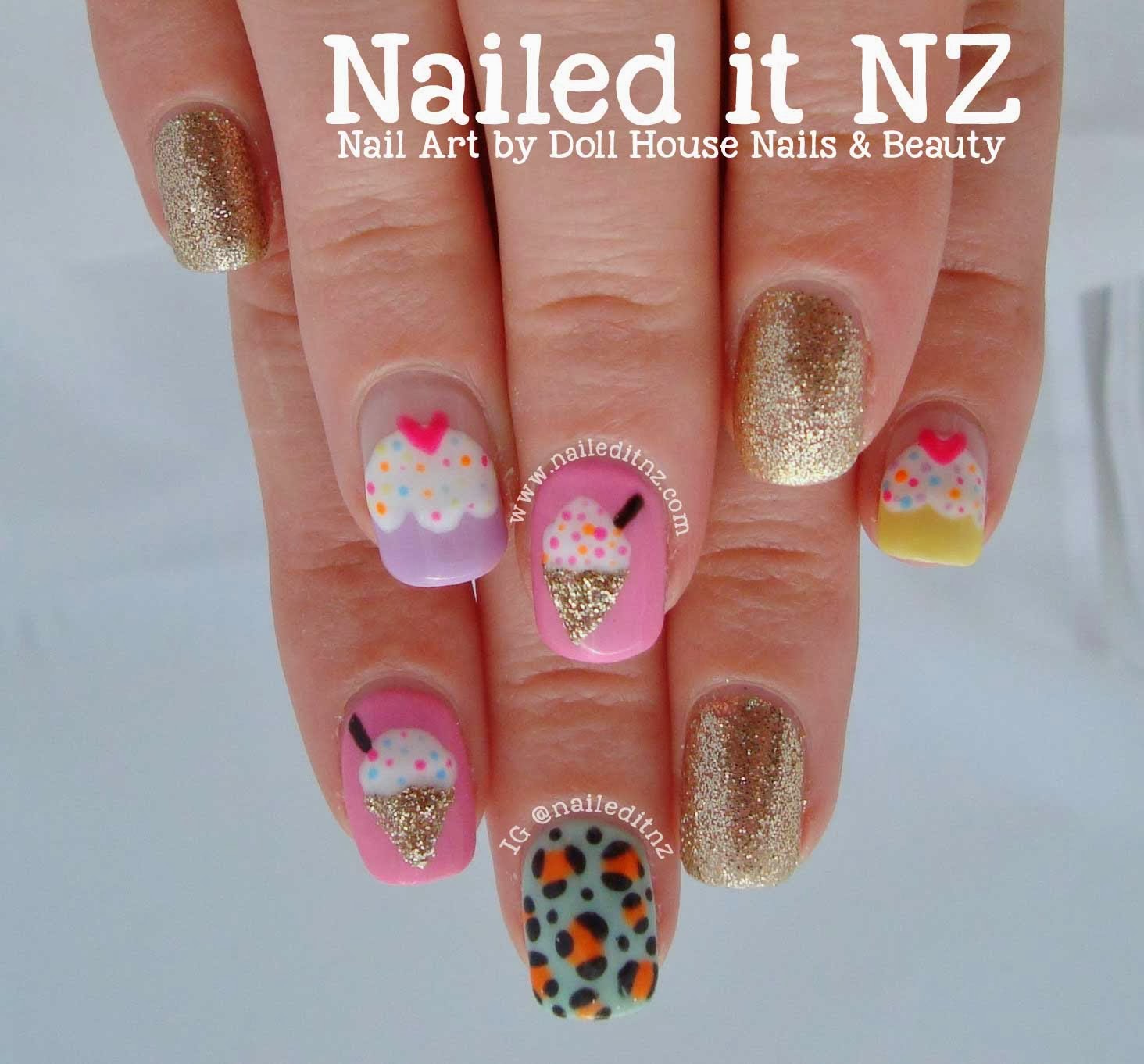 On a side note, I've just come back from my nail school information evening. It was exciting, nerve-wrecking and awkward. Exciting because YAY this is finally happening! I wanted to join last year but I was too late - I just want to be trained already! Nerve-wrecking because there's lots of things to do and learn and I really hope there is minimal girly-drama (room full of girls... hmmm). And awkward because everyone was too new and shy to speak up much. The best thing was that I found out that I only have my course three days a week, which leaves time for earning money - phew! 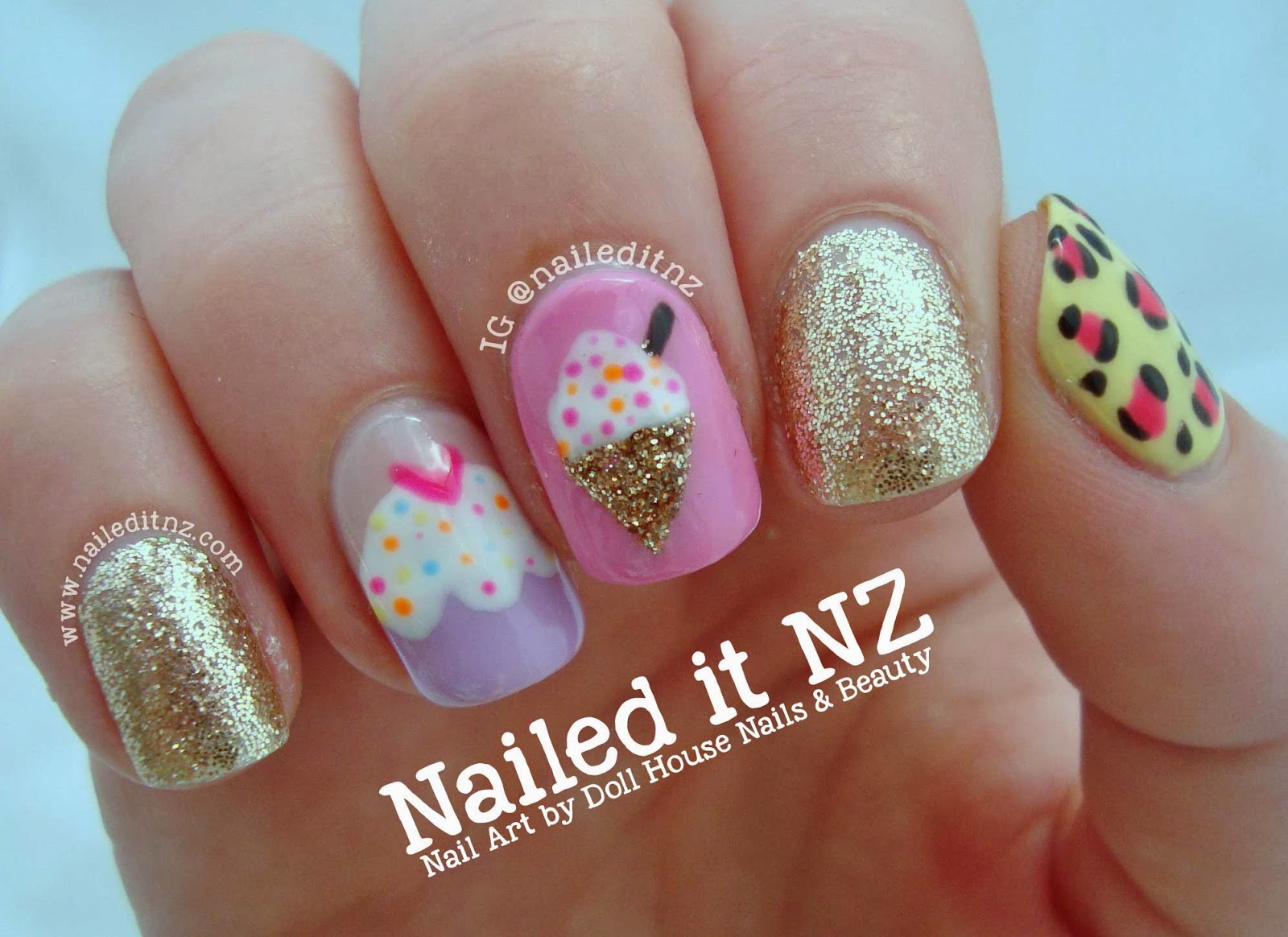 So much is happening at the moment. Good things, though. Hubby might have a new job soon. And I'm still going to the gym!! This is very impressive for me ☺.