It's fair to say that these are my favourite nails to date. I make an effort to hand-paint some detailed Disney nail art every month (or three) - it's just such a cute theme! I can't do them more regularly though, because the level of detail means that they take a long time. I started doing these around 1pm and they probably took a good four hours for both hands, if not longer. I actually added the final brushstrokes around 7pm, but I had stopped and started during this time so I had to guesstimate how long they took. A while, anyway!
BUT THEY WERE SO WORTH IT. 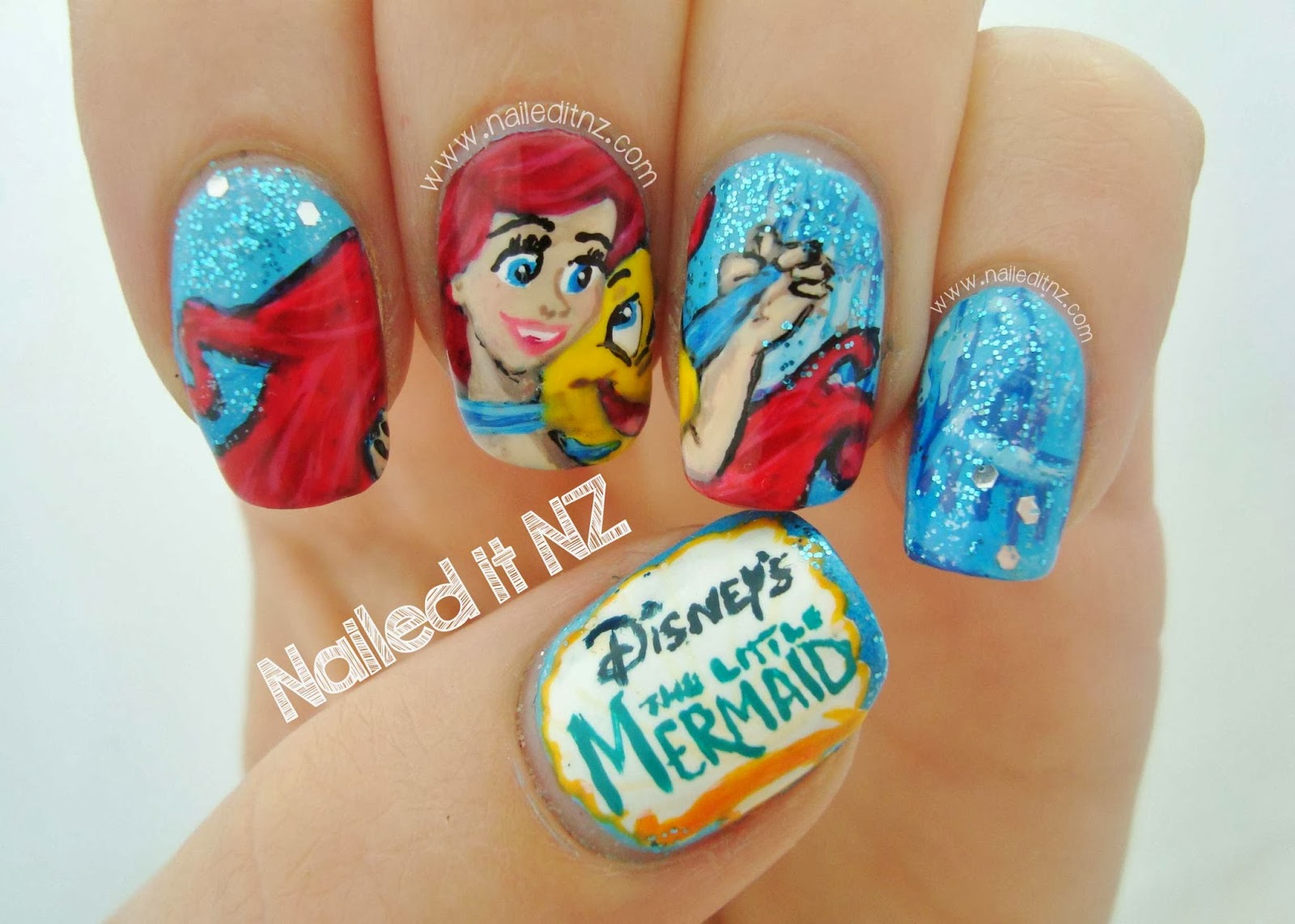 As I said, I've done other Disney nails, as you can see here;
Aladdin nail art
Beauty and the Beast nail art (my second favourite!)
Cinderella nail art

Here's the other hand. I'm particularly proud of this, as it was painted with my left hand, and I am by no account ambidextrous! 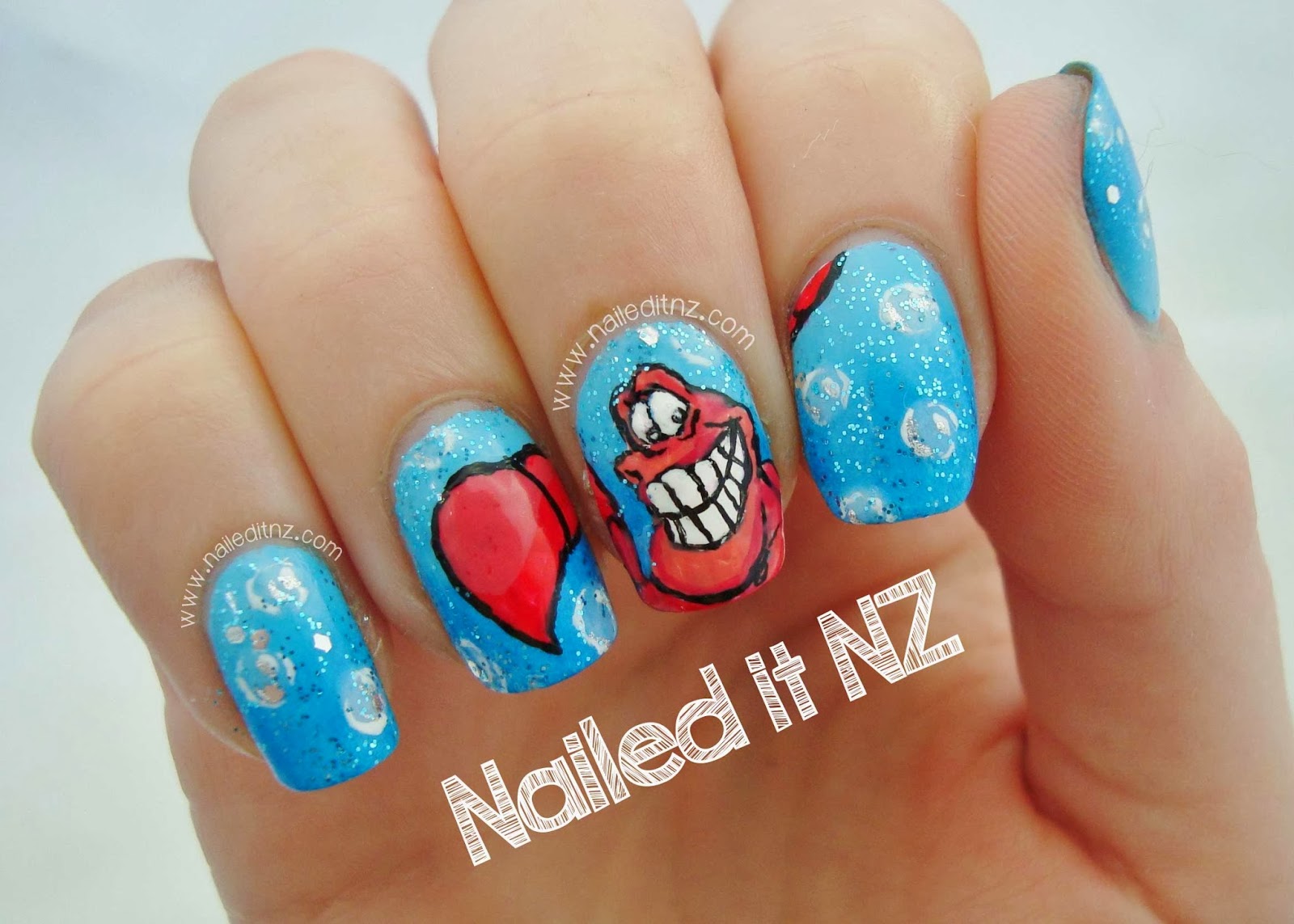 Here's a photo of both hands together. This was taken on a different day and the lighting's a bit funny I'm afraid! 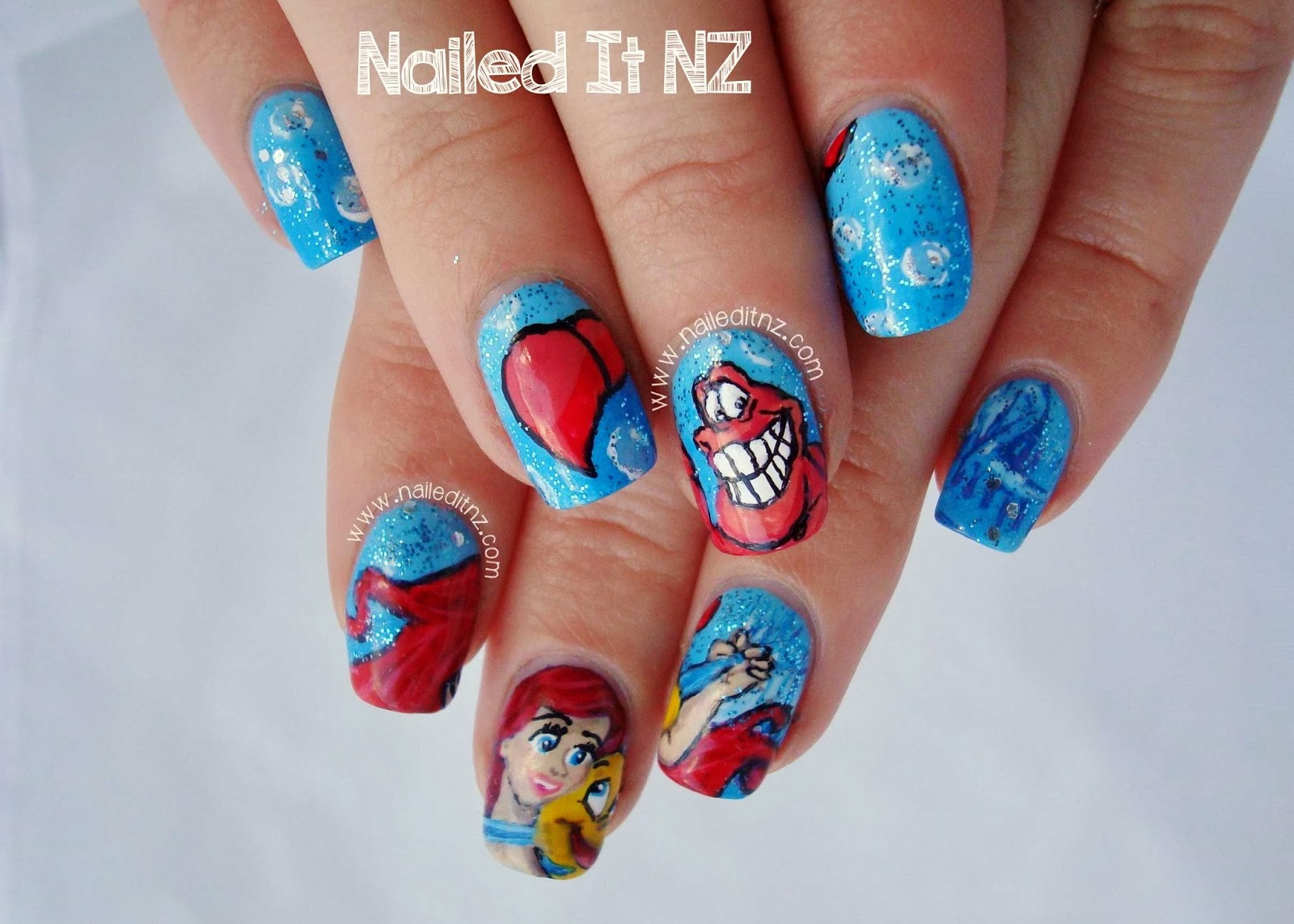 I got my inspiration from two pictures - you can see them compared to the nail art below. The nails look quite realistic and Ariel looks like herself, until you compare it to the original picture!

Here's the first one; I found the inspiration here. 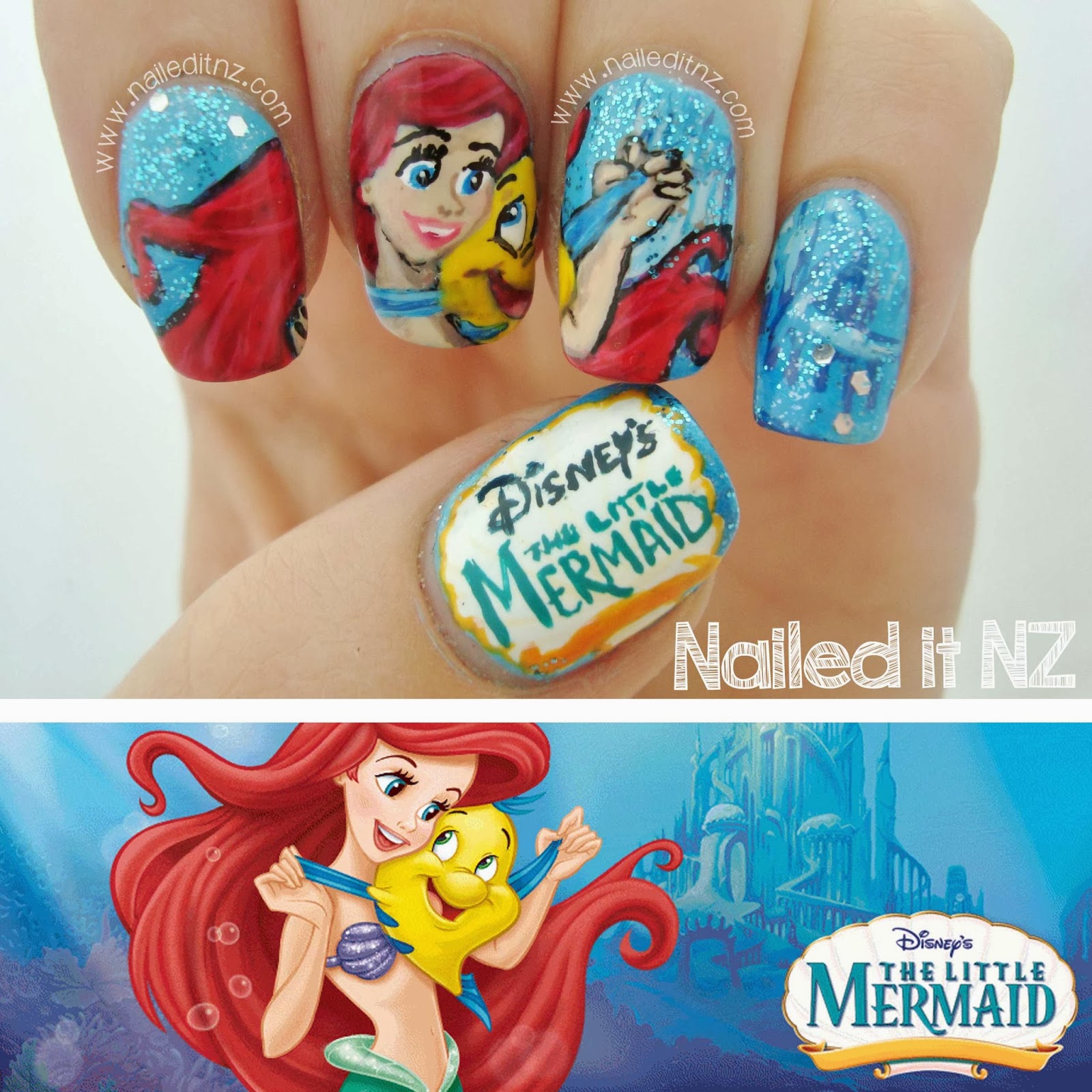 Here's the second one - I love Sebastian, I need to watch this movie again! Inspiration from here. 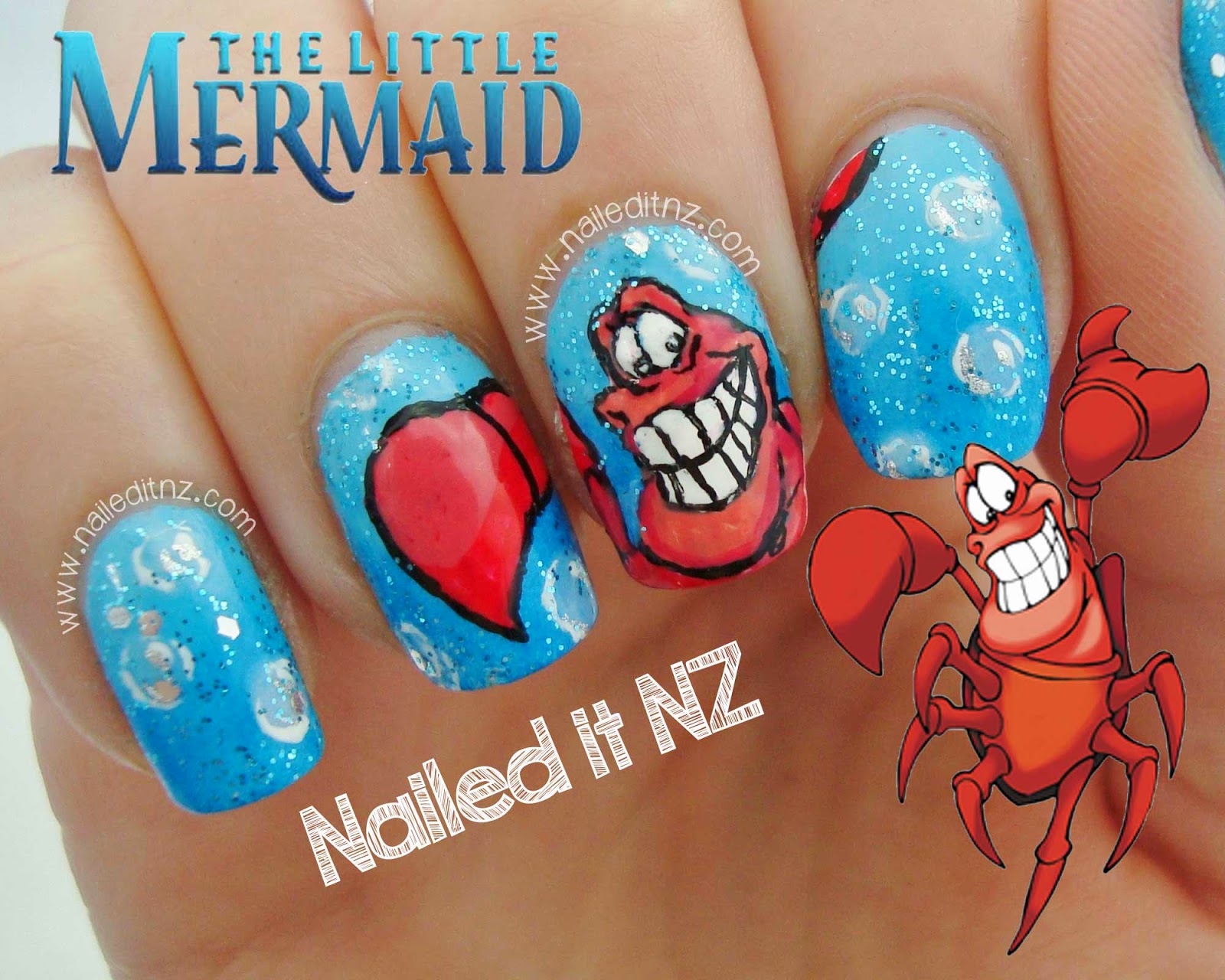 I considered adding in more characters, like I did for my Cinderella nails. However, in hindsight those nails were my least favourite of my Disney series because they were too overcrowded. Too many things to paint means less time for perfecting them, and it gets frustrating when you've been going for three hours in and the end still isn't in sight! 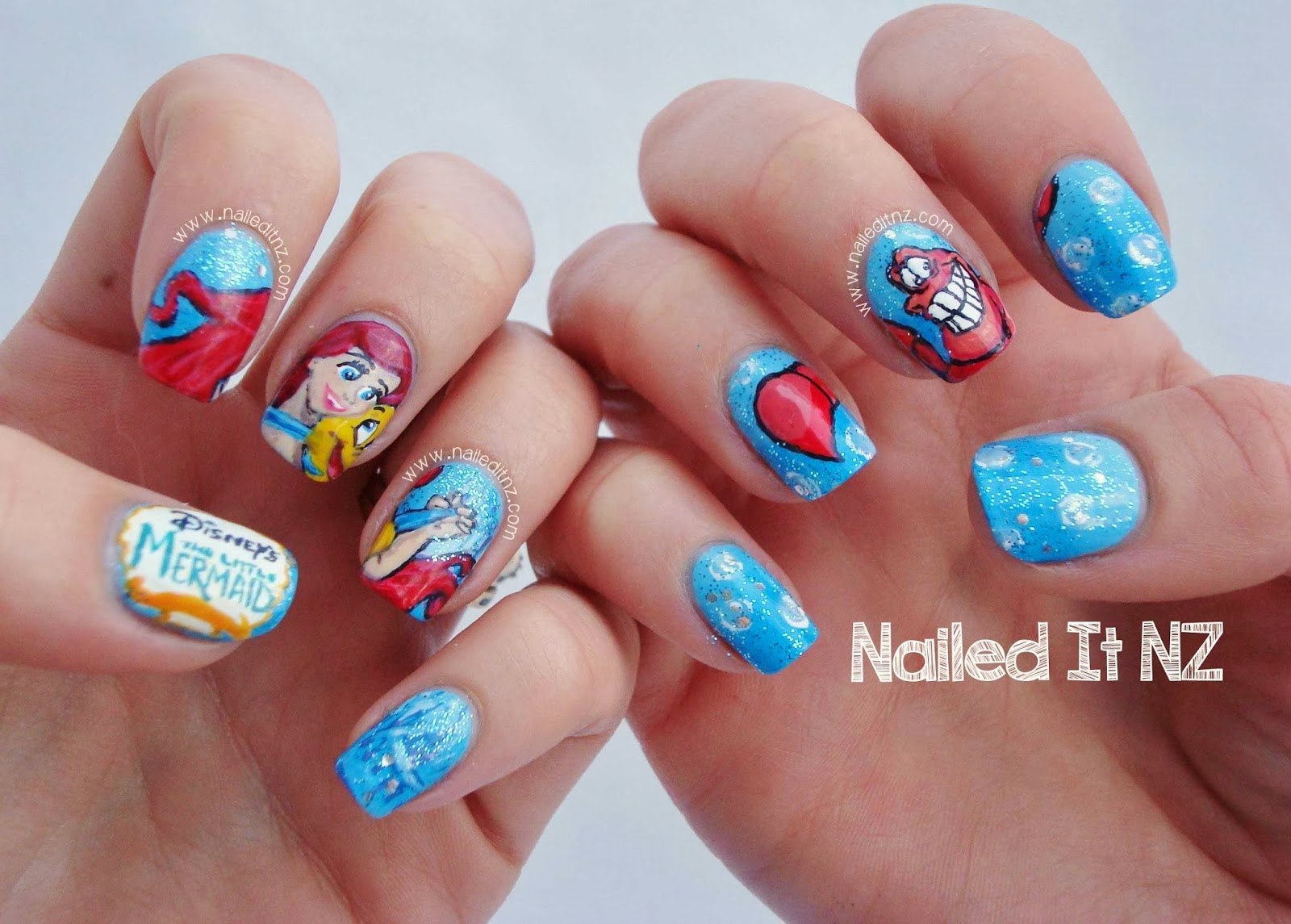 The only thing I'd change with these nails is making Flounder more visible - I remember him being a very cool character.

The black outlines were done with acrylic paint, and there was obviously a lot of mixing of nail polish to get the right tones. 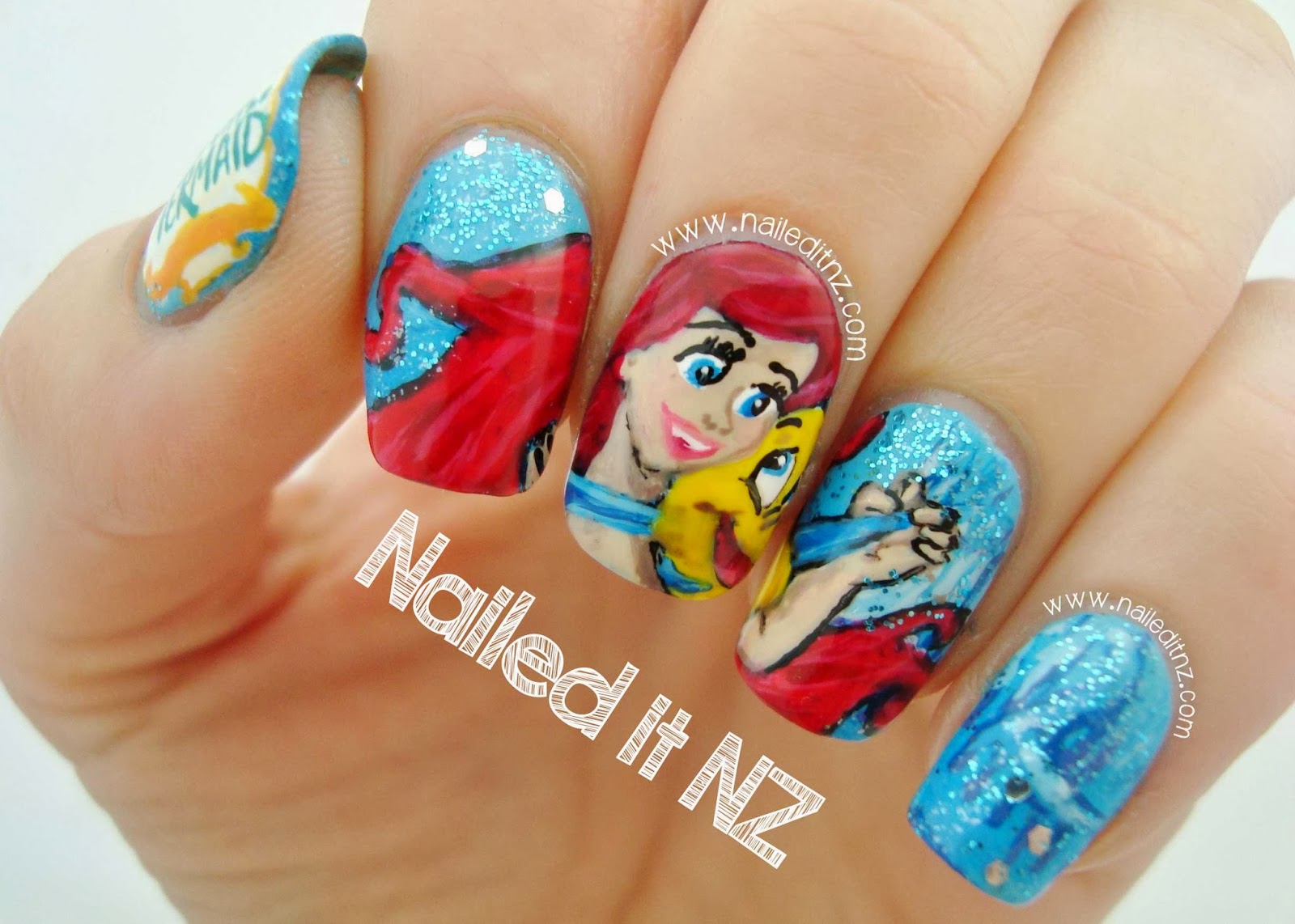 I'm planning to do Frozen next, and might actually do something of a tutorial of it on my YouTube channel. Subscribe here to keep an eye out for it ☺.
Labels: China Glaze color show disney Jordana kleancolor maybelline nail art nubar OPI picture polish revlon sally hansen the little mermaid