Today's theme is "Inspired by a Christmas movie." I have done quite enough "obviously Christmas" nails lately so I decided to go for Love Actually - still a Christmas movie but a little more low-key! Here are the nails I came up with. 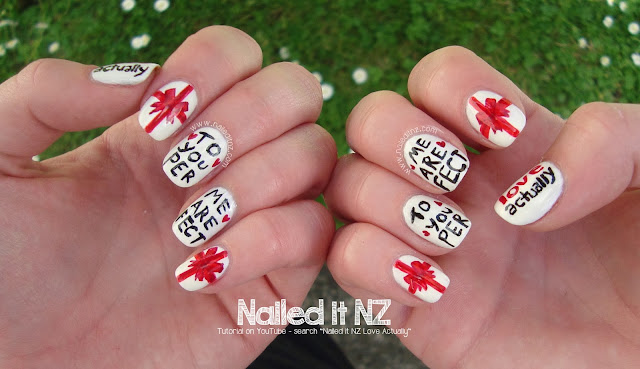 Okay I don't know HOW I managed to do that but somehow the last minute of voiceover was all out of sync - took me a day of it being up to realise!! Grr, had to re-upoload.
I've still got to figure out a proper background for my videos and learn the best way to light them. I'll get there... one day.
Also, I had to re-do the thumb on my left hand as the first time around it went all uneven. SO annoying, I hate re-doing things! 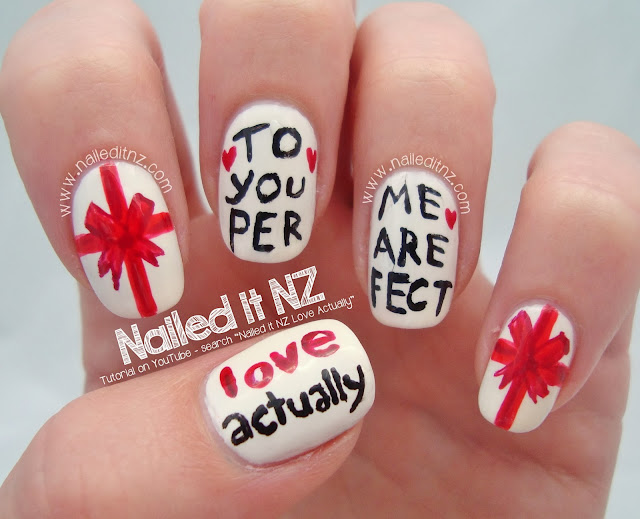 The thumb shows the movie's name, then the ribbons are inspired by the dvd cover/promotional material. Lastly, I copied one of the posters that Mark (Andrew Lincoln aka Rick from The Walking Dead) holds up to Juliet (Keira Knightly). 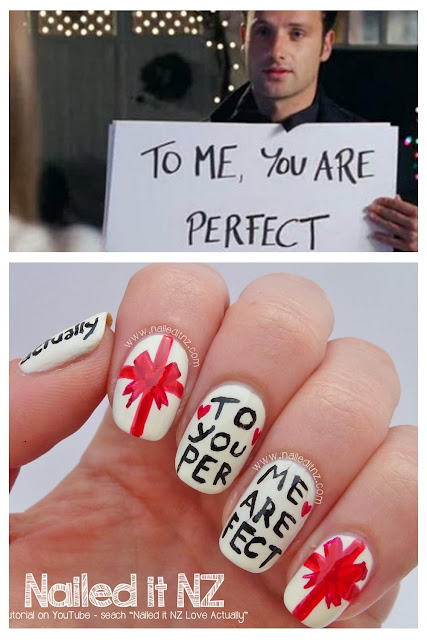 So cute. Although I actually hate that particular "love story" in the movie - it's a) a bit creepy and b) looks a lot like an affair in the making. But whatever, it's still a cool movie, and I think every person needs someone who thinks they are perfect - or at least accepts and loves their imperfections.
My favourite two characters from this movie are John and Judy; I love how cute and innocent they are yet their job is the complete opposite! 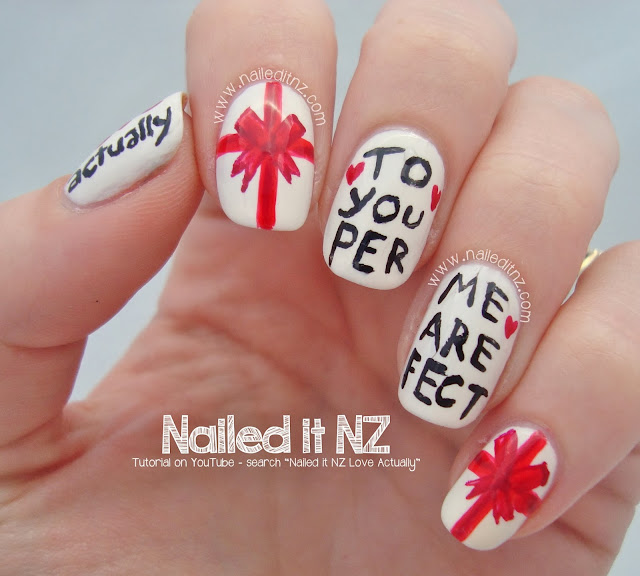 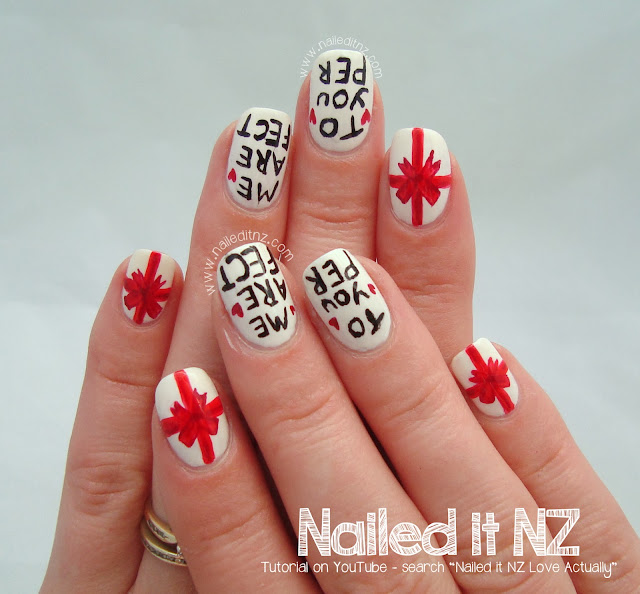 Next we have a snow theme. I've got a pretty good idea of how I'm going to do it - and have for about a week, it's been frustrating waiting! 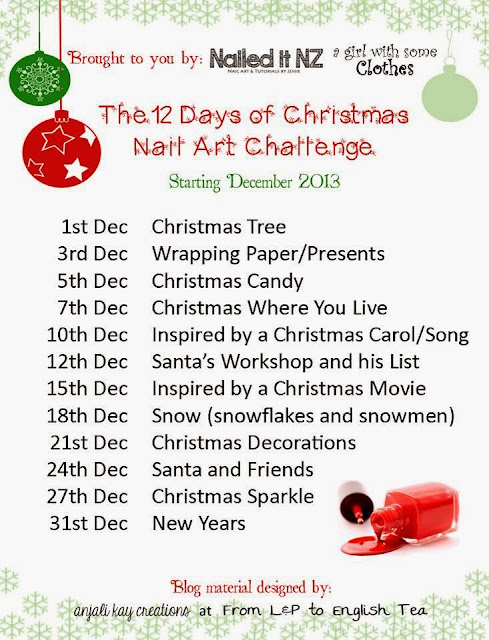 If I don't get the next tutorial filmed today it'll be because I'll be out playing cricket with the flatties! It'll be good to have a run around in the fresh air - instead of the acetone-filled stuff in my nail room. Okay it's not actually that bad ;).

I've been barely getting any work lately (I work on-call in early childhood) but it's actually awesome. We still have just enough to pay rent and when it comes down to it, we'll always get by. I'd rather spend my time doing something I love than miss out on just so I can buy new clothes more often.
☺

Enter your design for today here: