I got this cute little container of hearts to play around with from KKCenterHk, and ended up with the most extreme, colourful and over-the-top nail art ever! They looked like something you'd find in the Capitol (from The Hunger Games) and in particular, on Effie Trinket's nails. 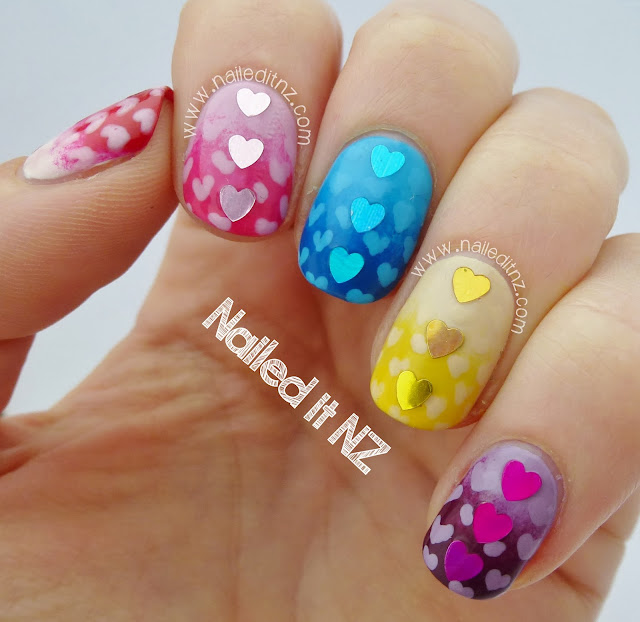 While I identify with Katniss more, I still LOVE these nails! They stayed on really well too; I decided to change my nails four days later and they were still perfect - not even any tip wear.
I'll have a tutorial for these coming soon on YouTube - it's second on my to-do list. 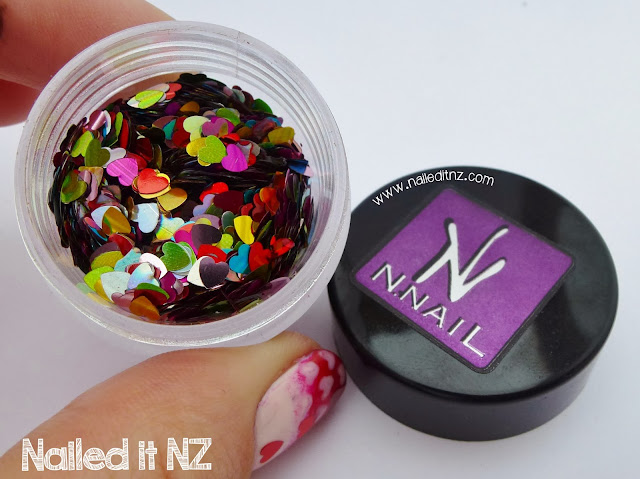 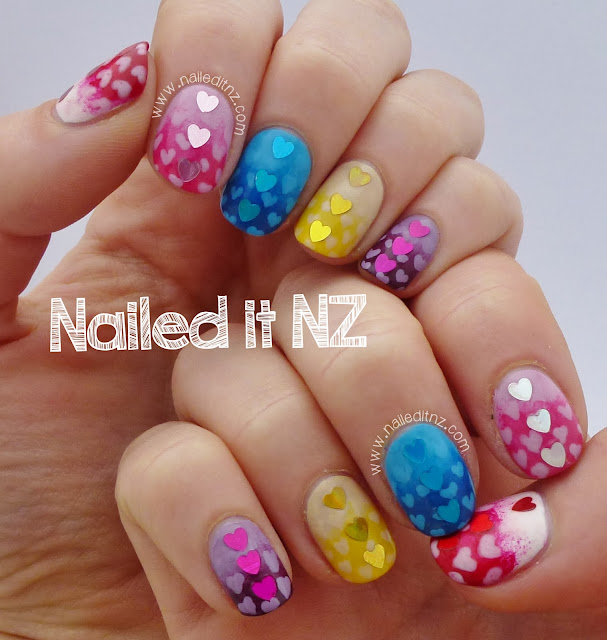 If you look closely, you'll see that I accidentally used silver hearts on the right hand instead of light pink. I guess it was too reflective in my room! I started out this design with a rough idea of what I wanted, but the idea just kept getting crazier. Initially it was just going to be a gradient on each nail and one heart of the corresponding colour at the top. But then I decided to make it three glitter hearts, and then there were suddenly hearts everywhere. 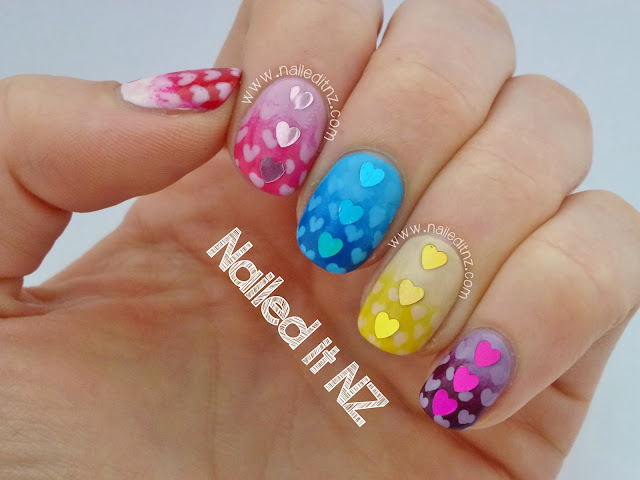 The hearts are 2.5mm across and are just adorable. These are probably one of my favourite things I've reviewed from KKCenterHk. There are so many hearts in there too - I'm not going to bother to hazard a guess. You won't run out. The variety of colours is great; it means that there is so much you can do with them. If you go to this page here and scroll down you can see a bunch of other designs other people have done with them. 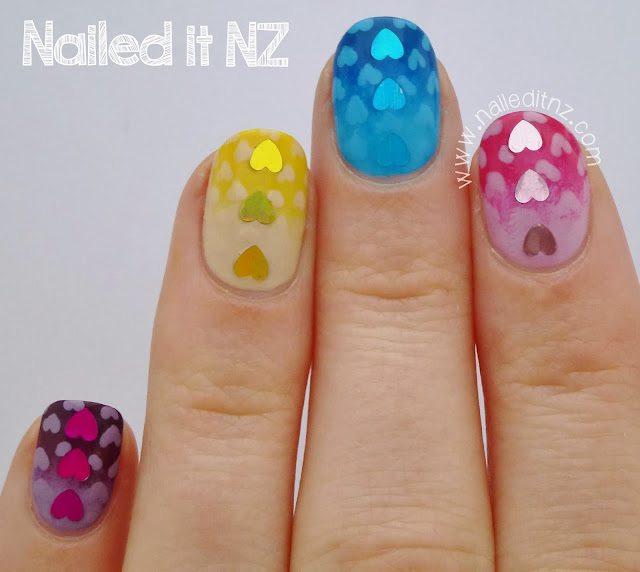 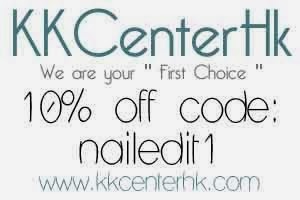 Here's a bunch of related links: