I'm a Hunger Games fan. Not a "oh yeah, the movie was pretty cool" kind of fan, but the type who has read all the books three times, watched the movie five times, read the companion guide, has a mockingjay necklace and has painted her nails with Hunger Games designs three times (here, here, here). Oh wait, make that four counting today's nails. I could write an essay about the deeper meaning of the Hunger Games - war, mental illness, drug dependency, inequality and so much more. If I was single my entire room would most likely be decked out in Hunger Games apparel. So, I clearly didn't do these nails to follow current trends (not that there's anything wrong with that); The Hunger Games series is basically part of who I am. I have laughed and cried along with that series - I'm an avid reader and no book has ever left such a lasting mark on me. Plus Jennifer Lawrence seems like the funniest, most "normal" actress in the world!

Catching Fire comes out in a few weeks and of course, I cannot WAIT! I decided to do some more Hunger Games nails to go with the new movie. I had a very specific design in mind, and wasn't sure if I could pull it off. Last time I tried painting the mockingjay symbol on my nails it wasn't that great, plus I had never dry marbled before today and needed to look up tutorials to figure it out. I ended up watching one by midniteblue716, here, which was really good!
Here's the final result... 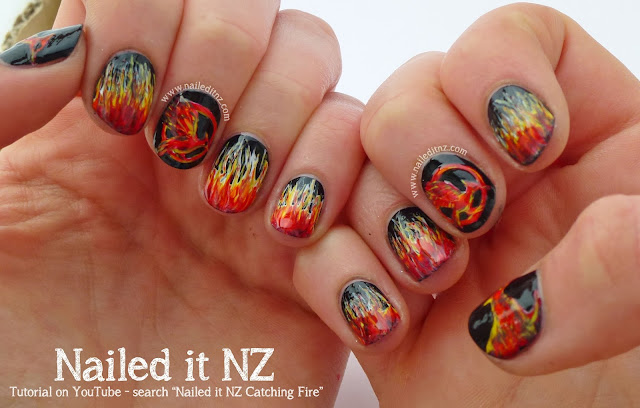 Gotta say, I'm in love. For once, the right hand turned out better than the left, too! So strange when that happens. I'll show you proper photos of that soon, but first, here's the tutorial. Please subscribe to keep up-to-date with my videos!


I love how the fire came out in this. I had to re-do one nail - you can see how bad the index finger was in the tutorial, actually - but other than that they were easy enough. 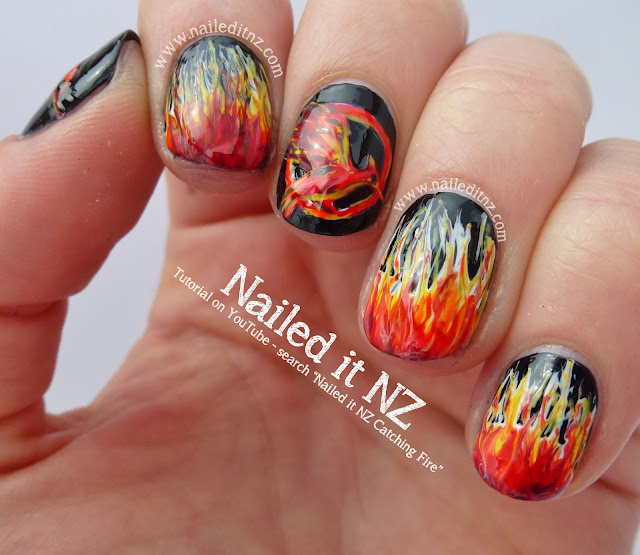 I love how cool these look next to the book! 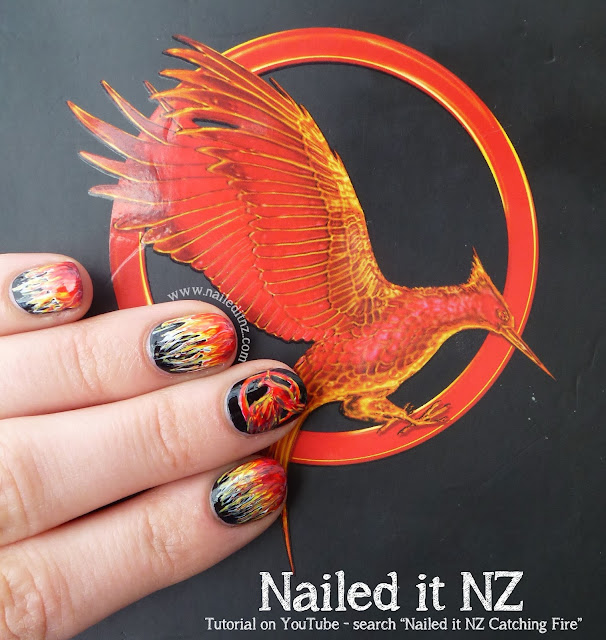 See, this is the right hand. The mockingjay looks more defined or something, even though I did it with my non-dominant hand - weird! 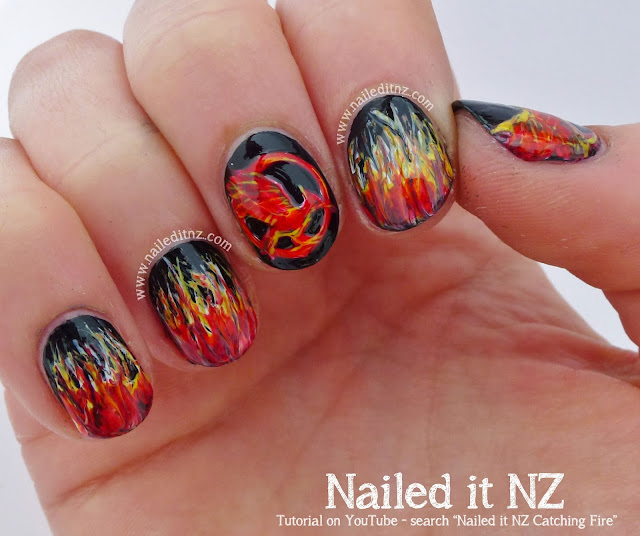 Because I'm such a massive Hunger Games fan I just had to take photos with some of the best quotes from Catching Fire. Suzanne Collins is a genius. Note - there may be some spoilers in here. Also, I haven't put the page numbers in as they appear to vary depending on the edition of the book. I actually had way more quotes than this but I realised having 20 pictures of Hunger Games quotes may make me look a little crazy, so I stuck with the best photos.

Hope you like my Catching Fire nails and quotes, and if you use my tutorial tag me on Instagram @naileditnz :). 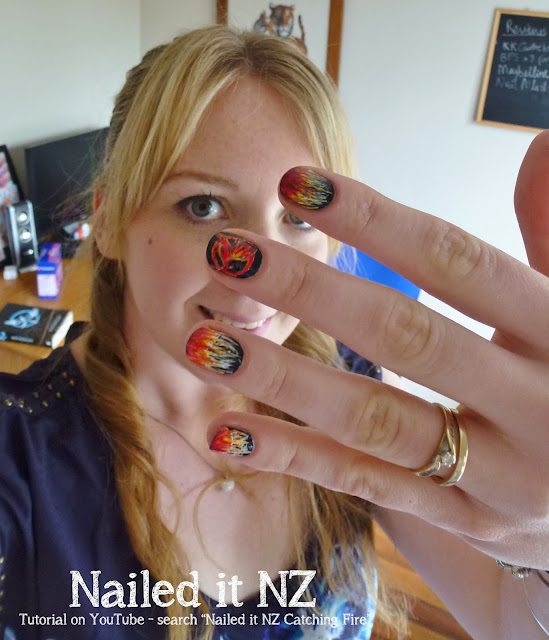