One last tutorial for the Halloween season! I decided to do one for these skeleton nails that are always popping up around the internet. I've done them on a friend before, which you can find here - I called them "skull nails" at the time. 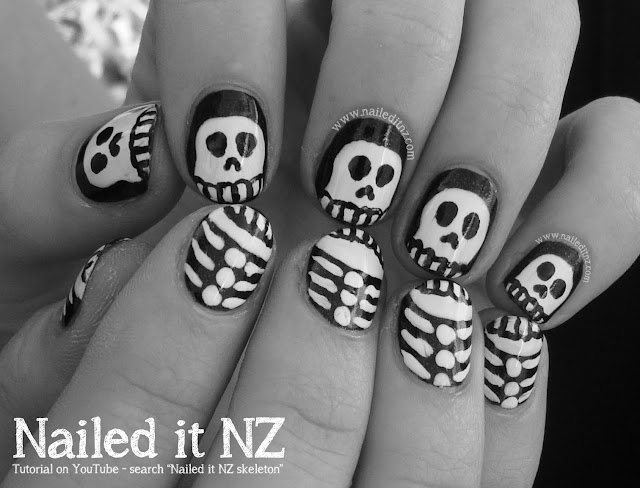 Here's the tutorial! Also YouTube recently released this handy little subscribe button - hit it, you know you want to... 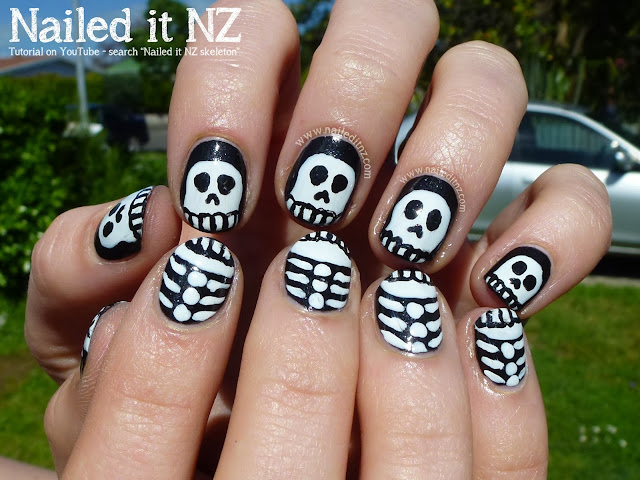 I had some serious trouble taking a picture of these nails! For a start I needed to get my husband to take the photo, as I had to pose with both hands. Then we couldn't use my light box because a) it was too small and b) my hands were pointing in the wrong direction. And then it was too reflective and bright outside so the photos weren't that great! I ending up trying again and got a few that I was semi-okay with, at least. 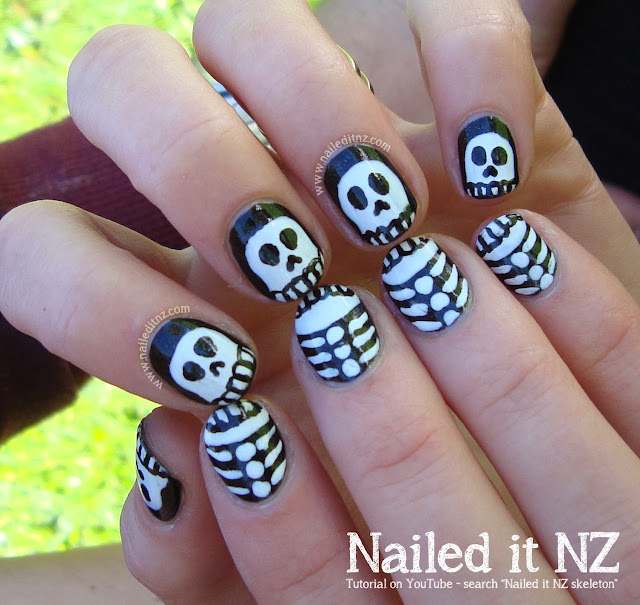 It's a long weekend here in New Zealand and it's just brilliant. I was sick on Thursday and Friday so was worried that it would carry over to the weekend but nope! It's been perfect - great weather, caught up with a friend and did this tutorial. Really can't complain right now ♥. 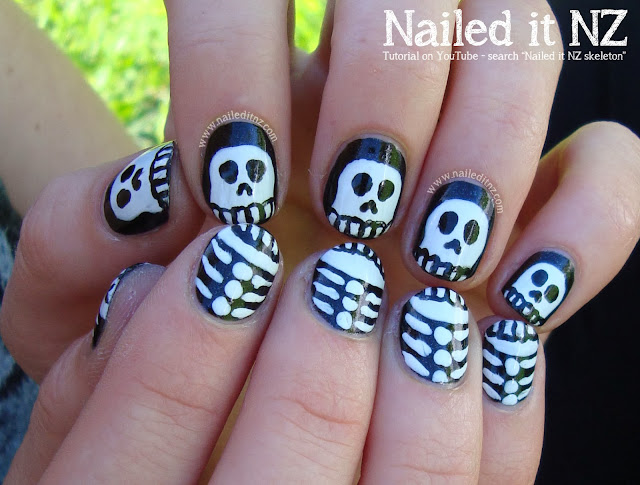