As most of you will have picked up on by now, October is breast cancer awareness month! I saw a post in a Facebook group I'm a part of saying that Friday the fourth is "Pink Friday," so I made a tutorial for these pink breast cancer awareness nails. As soon as I started filming I felt kind of bad, though. It's probably going to sound silly but I didn't want it to come across as just tagging on to with the hype when I actually know very little about it. I've got a friend who's mum's been diagnosed with breast cancer (which is awful, obviously) but I haven't seen either of them since before it happened so I haven't really been affected. But, as I say in the video, it's all about awareness so I figured I'd include in this blog post some NZ-specific facts about breast cancer. 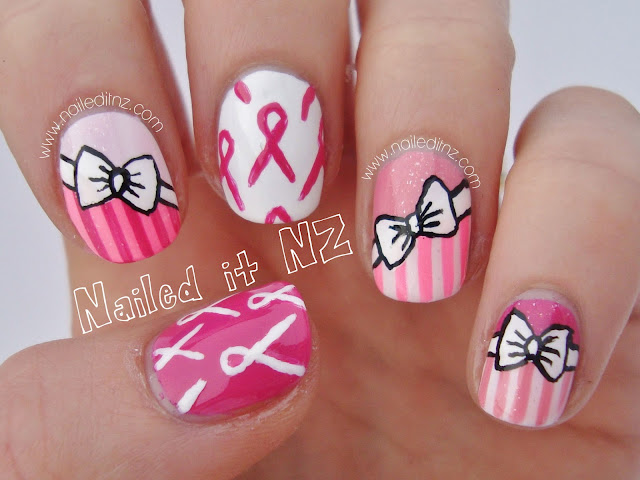 Before I continue, though, aren't these nails cute? I thought they were going to fail for a bit there but I've got to say that I adore them. Pink, girly and supporting a cause = I like.

Feel free to watch my tutorial below - all my YouTube videos are pretty short, this one's three-minutes-something and if you're not already, please subscribe!

Alright, so facts about breast cancer in New Zealand! All this information has been gathered from the Breast Cancer Aotearoa Coalition website.

Hope this information is helpful to some of you! 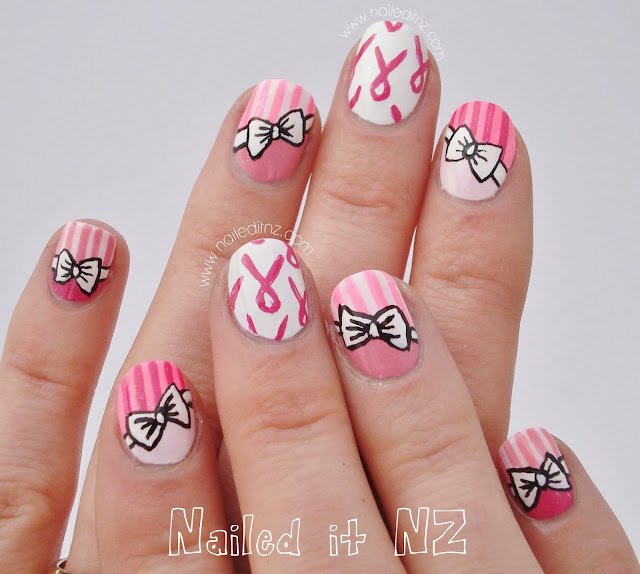 Back to the nail art; I really love the bows on this design. I've done bows twice before, but now I'm hooked! I've given myself a rule that I'm not allowed to do any more leopard print or zebra stripes (booooring) for an undetermined amount of time, and bows are a nice alternative. I love how detailed they look with just a little bit more patience. The ribbons are pretty sweet too, and identify the design as a breast cancer one! 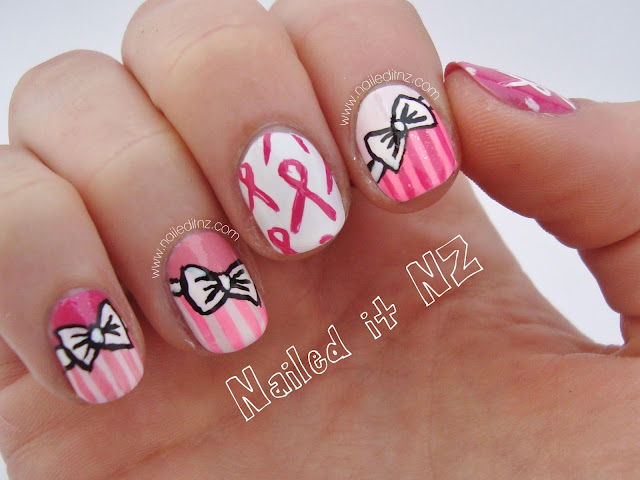 And black acrylic paint for the outlining. 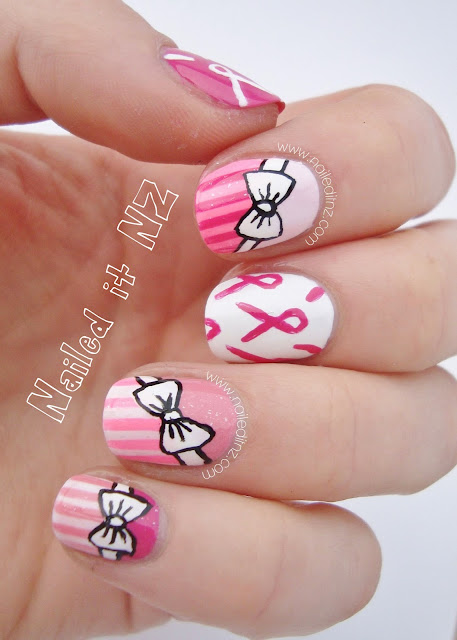 I think I've found a new favourite background for nail art - the sky! It was a nice day (for once) and I decided to take a photo of my nails in the air. With a bit of editing so the lighting was better it looked quite nice! Went well with the breast cancer theme, too, especially for those that have lost someone - could be a reminder of your angel in the sky. 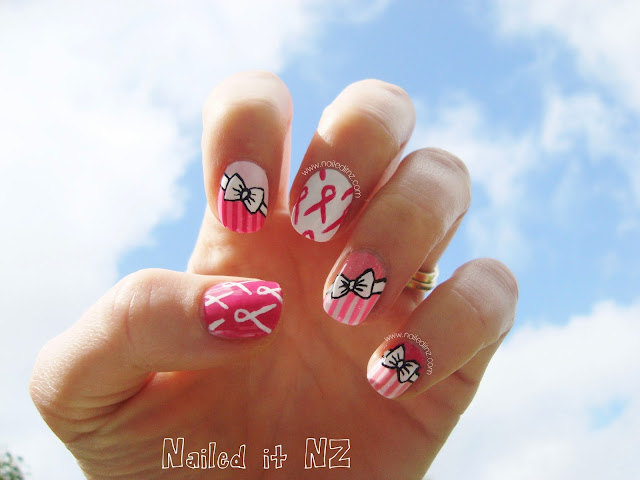 I hope you enjoyed my tutorial and these facts about breast cancer!