I haven't posted in such a long time, it's terrible! I've been so busy at work... but have still been painting my nails! It's the editing and post-writing that takes so long. I have heaps of designs photographed; I'll have to organise them all in the weekend.

Anyway, here are my lollipop nails! I really like these, I'm thinking of doing a YouTube tutorial for them. I was trying to think of a design that the kids at work would like too, and my husband suggested lollipops!
I immediately thought of this kind, and googled it to see if anyone else had done them before. Not really - well not in the way I was going to. Cute + original = do it! 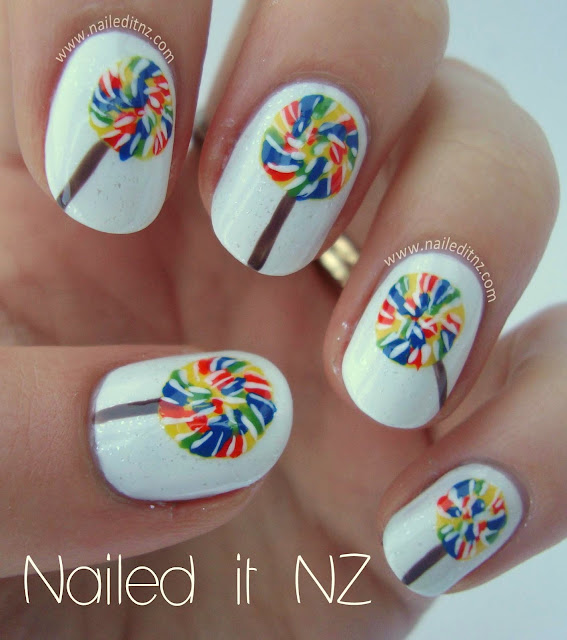 I had issues taking photos though as it was dark. However with a bit a lot of editing my hands looked a little less zombie-like, which I figured was a good thing. 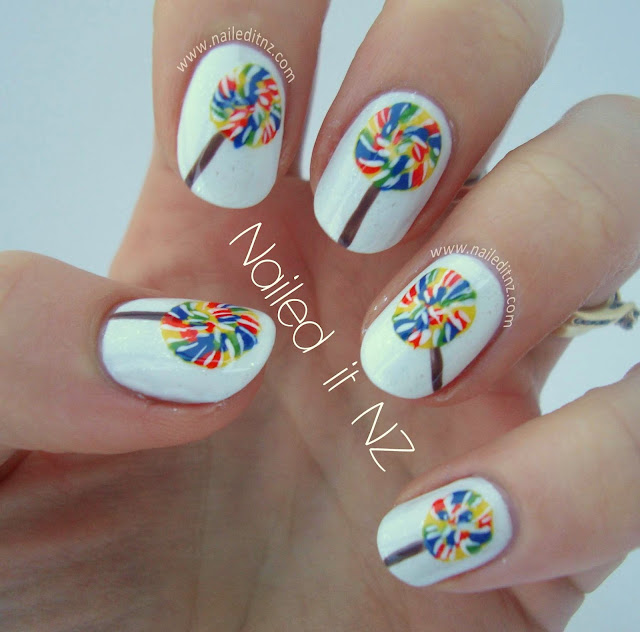 By the way, I've got some more cool things from Born Pretty Store that I'll be reviewing soon - I've already done Spongebob nails, glequin nail tattoos and have played around with a new polish, but again, it's getting the posts up that I'm having trouble with! 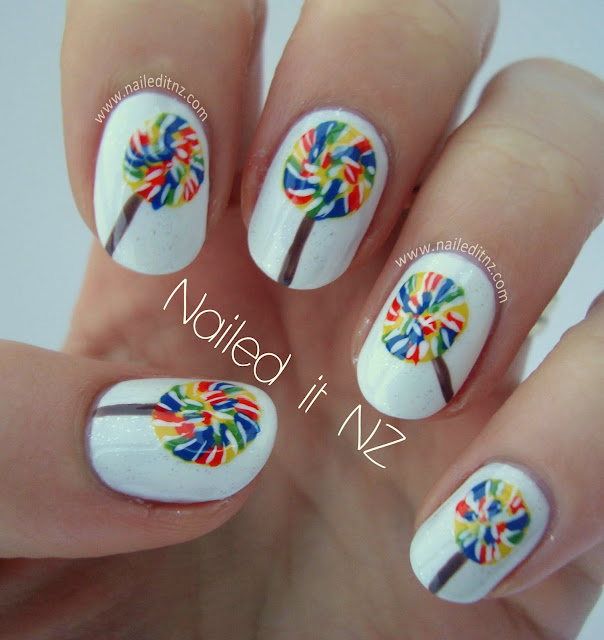 I used a mix of Revlon, Maybelline and OPI polishes for this manicure. I'm afraid the only name I remember (I did this a couple of weeks ago) is Revlon's Colada Fizz, which is the slight shimmer on the background of the nails. I use that polish all the time, it's half-empty now! Love it. 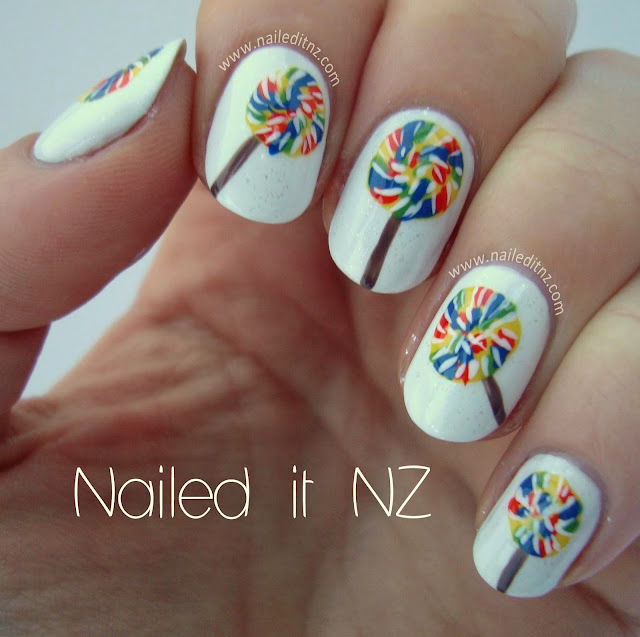 Hope you like these nails and are having a wonderful week! Almost Friday, yay!