I had a great response to my lollipop nails I posted a few days ago and had many tutorial requests, so I did one today :). These ones ended up slightly different than the last ones - kind of better but worse at the same time, if that makes any kind of sense. 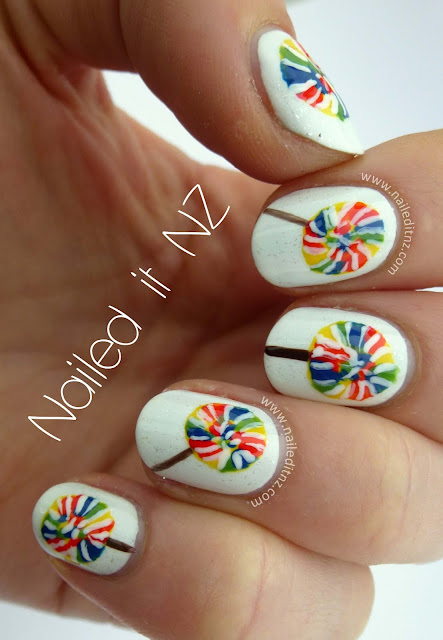 Here it is! Still having lighting problems but the videos are slowly getting better. I can't even handle looking at my first YouTube video now, I'm so embarrassed of it! And I know I'll be the same with this one some day too, providing I keep this whole thing up in the long term. 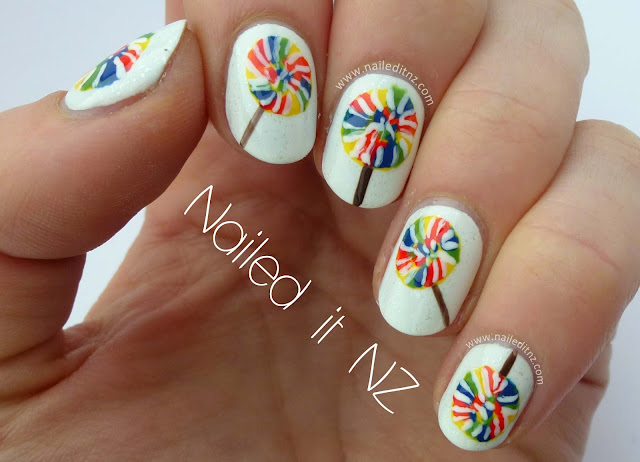 I've spent most of the weekend doing nail stuff - did a complete revamp of my nail art room and it looks so much better now! You can see a little bit of it in my video but I'll show it off properly in a new room tour once it's all finished.It'll probably a couple of months away though, as I need to get a new computer in there first, plus a few other decorative things.

I've also discovered this weekend that I would be the world's worst pregnant woman. I mean, I'm not even slightly pregnant and I've been having the worst cravings for sweet things in the last few hours. I've been on a diet/eating healthy since February and while it's been working well it also sucks! I've been way less strict in the last couple of months too which is not good at all. I'm terrified all the weight will come back!

This is a wordy, personal post, isn't it? I'm bored and trying to stay away from the pantry. When my husband gets back from work we're going to bake chocolate chip cookies so I'm holding out for that.

I just realised why I'm craving sugar so much. It's these damn lollipops on my nails!! Time to paint broccoli and cauliflower on them, I think! 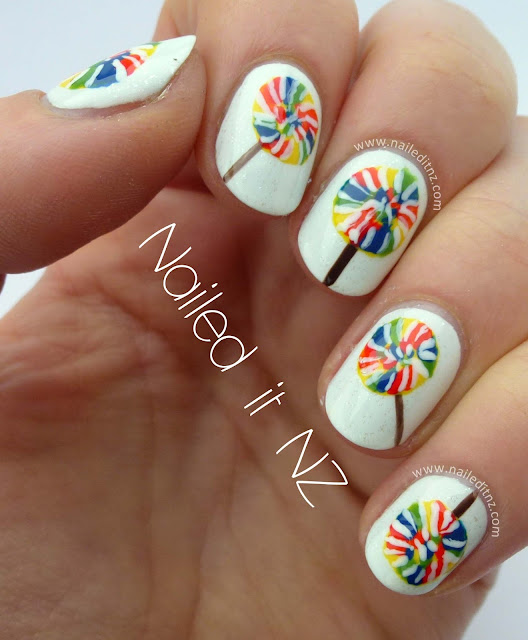