I did these horse nails back in September last year, and they've been one of my proudest nail art accomplishments. I think this is mostly because horses are an animal I'm pretty unfamiliar with, and I was relieved that I managed to make them look okay. Recently I was asked for a tutorial, but when I attempted to re-do them the result was less than than okay! The heads are all wrong - see? 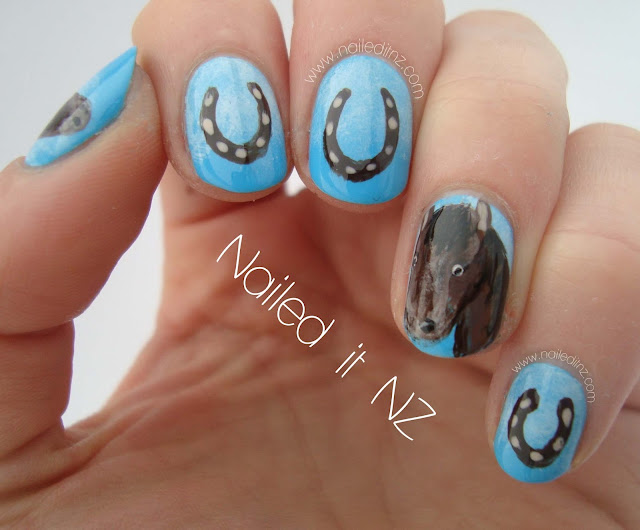 I have excuses, though, poor as they may be. One; I was rushing as my birthday party was only a few hours away, and two, I was painting them upside down in order to film them. Stripes and dots are easy enough upside down, but horses are NOT!

I did two YouTube tutorials for the two different designs on these nails - the horse shoes worked out but I considered not publishing the horse ones! However, then I'd have to try again and I have sooo many things to catch up with nail-wise that I just didn't have the time, so I've sucked up my pride and put it out there.

Here's the first tutorial, for the horse shoes!

And here's the second one (eek) for the horses themselves.

If I was rating them, I'd give them a two star rating, haha. The horse shoes save the design a bit, but oh man, I was a wee bit disappointed in myself! Maybe I'm just fussy. I don't know. 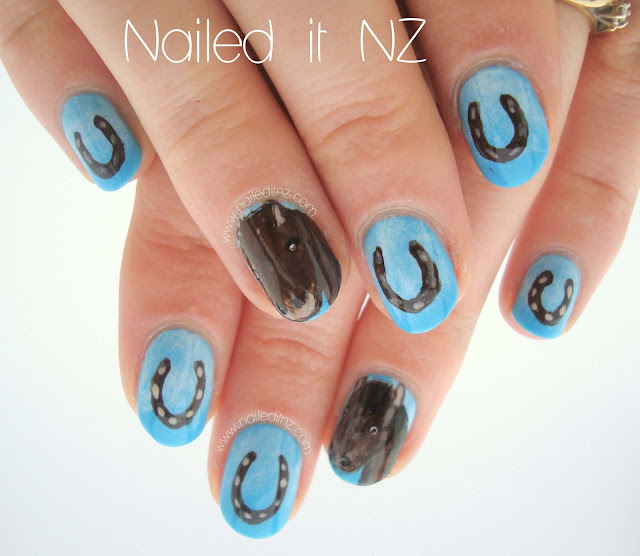 Here are my old ones, and the reason the current ones seen so bad. The horses here are so much better! They actually look like horses, not llamas.

*Sigh.* I guess it's too late to post this in my "uglies" post, lol.
On a more positive note, I've got a cool design coming tomorrow! I'm really excited to show you all!

Today's been a really lovely day here in New Zealand (at least in the lower North Island where I am). Blue skies, and finally over 10 degrees, yay! I even have washing on the line! Crazy how much the weather can affect your mood. I'm looking forward to Spring and Summer now that I've been reminded that good weather does, in fact, exist.