I, like the rest of the world, loved the movie Despicable Me.
I, like the rest of the world, cannot wait to see the second movie!
So I, like the rest of the world's nail artists, painted the minions from Despicable Me on my nails.
Actually, I've done them before too, about a year ago. With the new movie out I figured it was time to do them again, and I did a tutorial for them this time as well. Best thing about this design is that they're a lot easier to do than they look! I have three different playlists for difficulty on YouTube - easy, medium and hard. These were put in medium, and are quite do-able. They do take a bit of time though. Speaking of nail art that takes a while, I think I just tied, or possibly bet my record for longest time spent painting a single design. They're my birthday nails, and each nail tells a story about me during a 1-3 year period in my life. They took over three hours! I'll be posting them tomorrow :). 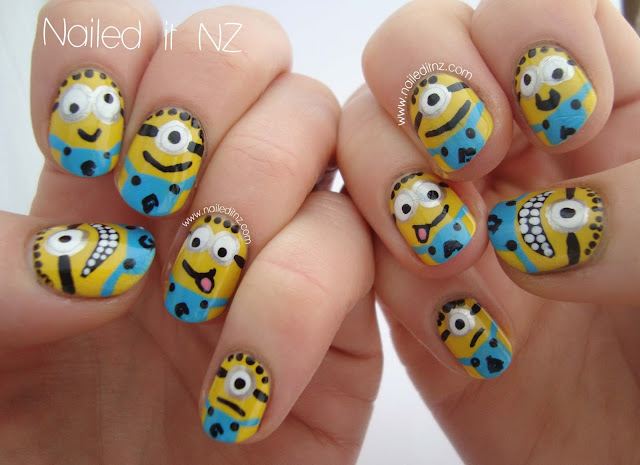 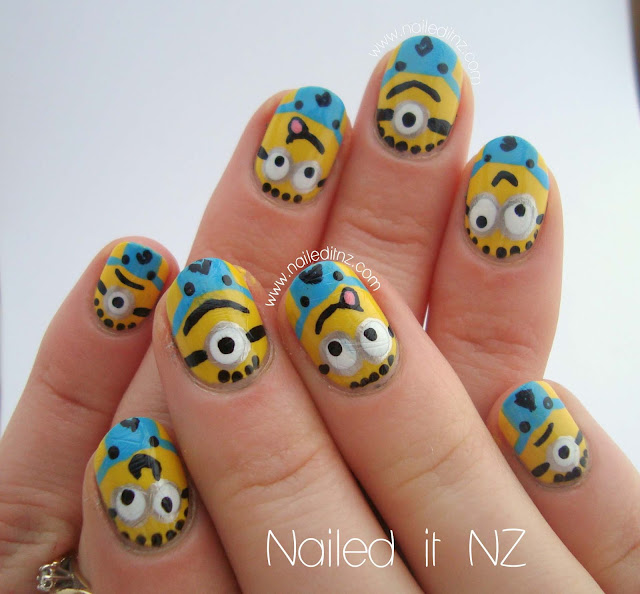 I wish I had done more nails like I did the thumbs. The teeth make them look so much cooler! They're pretty easy to do, too. Maybe I'll make up some other monsters one day and do a tutorial on their teeth, haha. 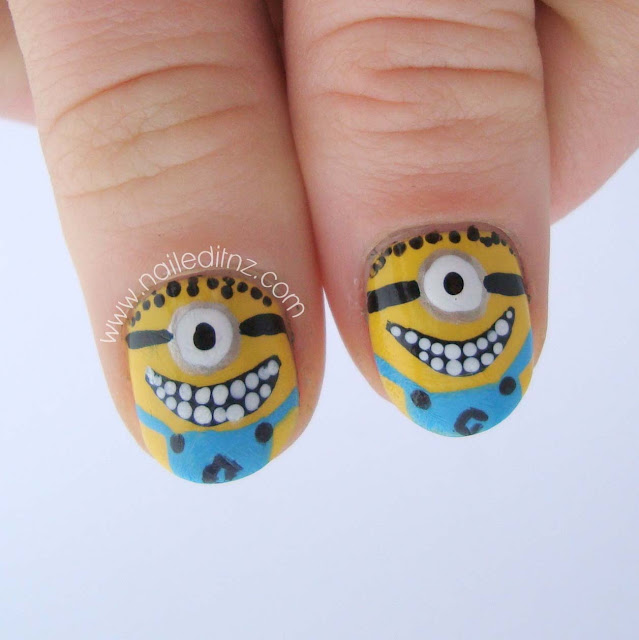 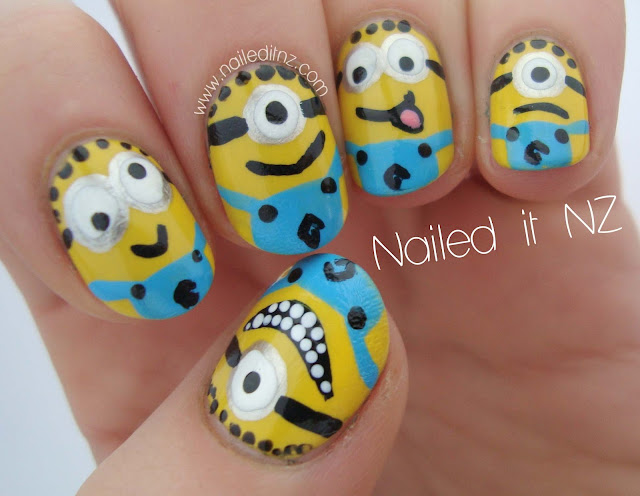 You may notice that a lot of these nails have lines/indentations in them. Those are sheet marks - I painted these in the afternoon and as I'm not using a quick-dry top coat at the moment (I can't settle on one I like!) I guess they weren't fully dry by bed time. 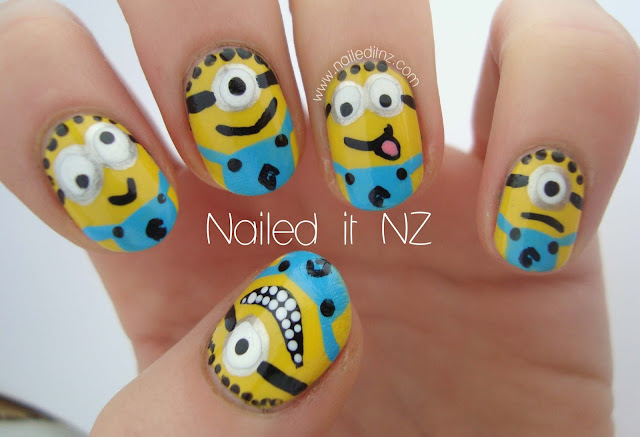 Here's the right hand. Most of them turned out fine, but that little guy on my index finger? He's clearly the special one of the group :P. 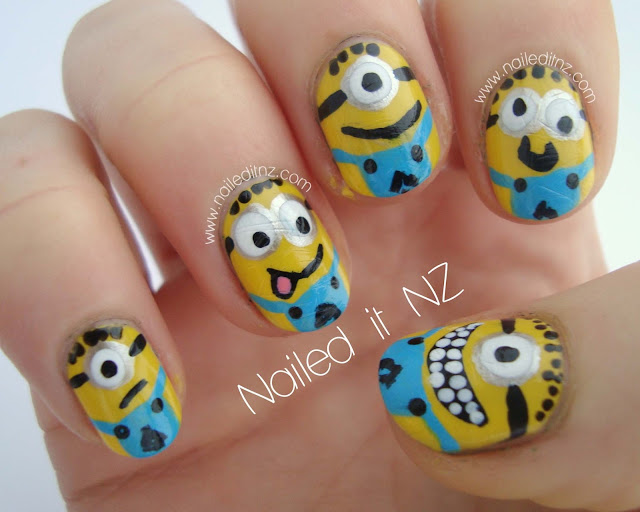 Hope you like these! By the way, yesterday I realised that my Bloglovin' follow me thing was set to my old URL, so I basically have to start collecting followers through there again. I think I have three, lol. So if you wanted to go follow me though there I would very much appreciate it! Just click the button below. Thank you in advance!