Today I have some handy little tools from Born Pretty Store! They're wax pencils, a super cheap item which you can buy here. They're perfect for placing studs and rhinestones! Normally I use a cuticle/orange stick , dip it in clear polish to make it sticky and maneuver the rhinestones that way, but this is way better - far less messy and much easier to control ☺.

Here's a photo of the design I ended up with, keep reading to see what these clever little pencils do! 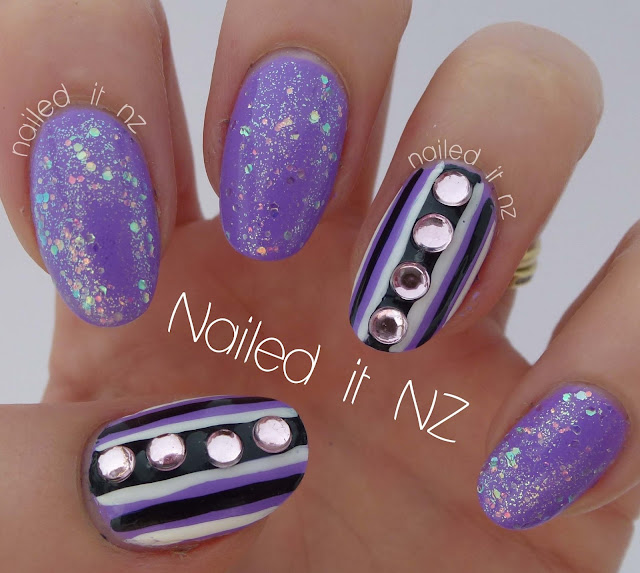 Here are the pencils themselves! They look a lot like white colouring in pencils - never a very useful colour I found, but these are wonderful! I also received these pink rhinestones (#9) to try out with the pencils. 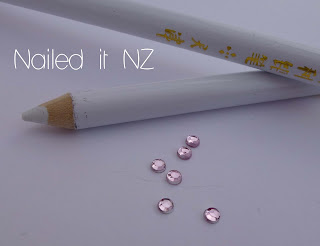 All you do is sharpen the pencil then touch the top of the gem/rhinestone/stud and it'll pick it up. What's even better is that it doesn't hold on to it too firmly either, so you can place it easily. In saying that, you can move the pencil around a bit too and it won't come off. Quite a simple but clever idea!

I'm looking forward to doing lots more studded manicures with these pencils! I love nail art with a few studs or rhinestones chucked in as well - makes it a little bit special. 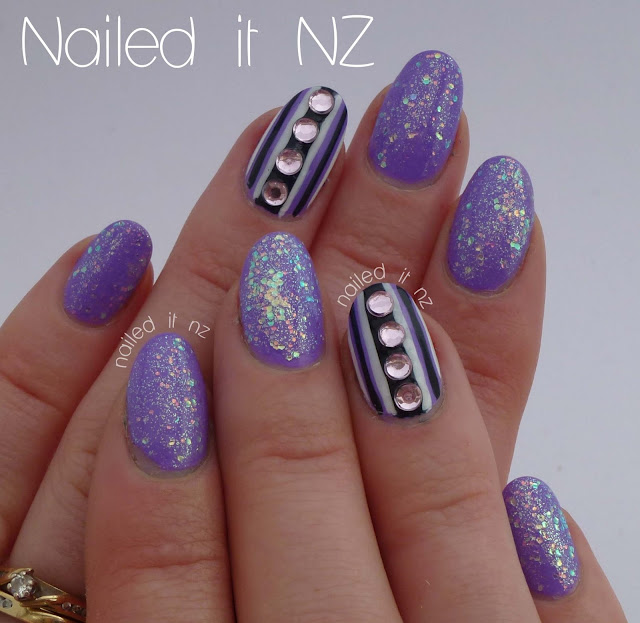 In case you're wondering, the colours I used for this were:
piCture pOlish - Wisteria
China Glaze - Make a Spectacle
China Glaze - Ink with nail art brush
Jordana - White

I think Make a Spectacle looks amazing over Wisteria! 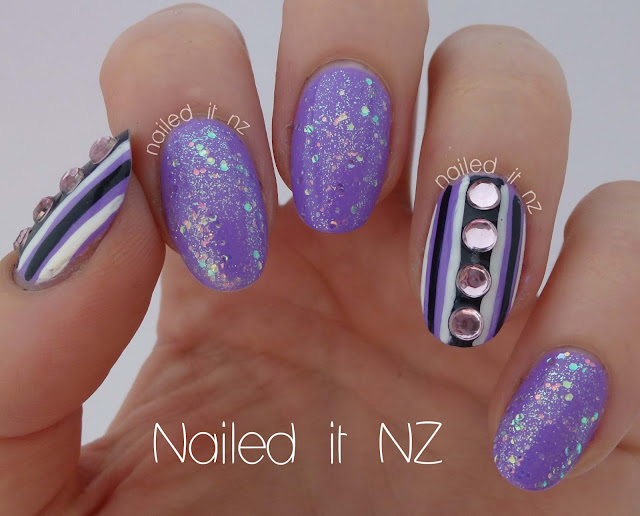 If you want to buy these pencils you can get them here from Born Pretty Store They're really cheap, only $1.99 US (free shipping) and look like they'll last forever. You can use my Born Pretty discount code, CEL91 at checkout to get 10% off too ☺. 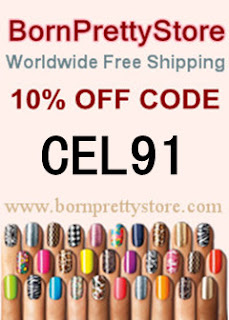