Fashion-inspired nails; I matched my nails to my top!

I love these nails! Some of my favourites ever! I got a new top from The Warehouse (stay classy New Zealand) and I thought the pattern on it was quite unique. At first glance I assumed it was leopard print but after looking a bit harder I realised it was, well - nothing! But in an awesome way! I have a picture of the fabric further down if you want to see what I mean. I painted my nails with Tip Top Frenzee, then sponged on some Jordana white and Kleancolor Neon Lime. I just realised that I've been saying and spelling Kleancolor as "Kleoncolor" for the last year :O. I fail at life. Anyway, I then cut a bit of sponge into a really thin strip, grabbed hold of it with some tweezers and dipped it in black polish. I carefully sponged on the random pattern you can see, trying to match it to my top. 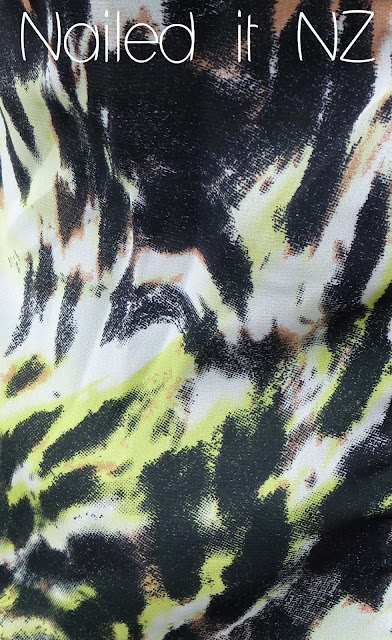 Next I applied the studs, which I got from Born Pretty Store. I love them; they stayed on until I removed them three days later! I stuck them on by putting on a top coat and carefully (but quickly) arranging the studs with a wax pencil or orange stick. After that was done I put on two more layers of top coat to make sure they were well and truly stuck. I did it a bit too quickly though, as they're a little wonky! Haha, oh well, I'm not bothered. 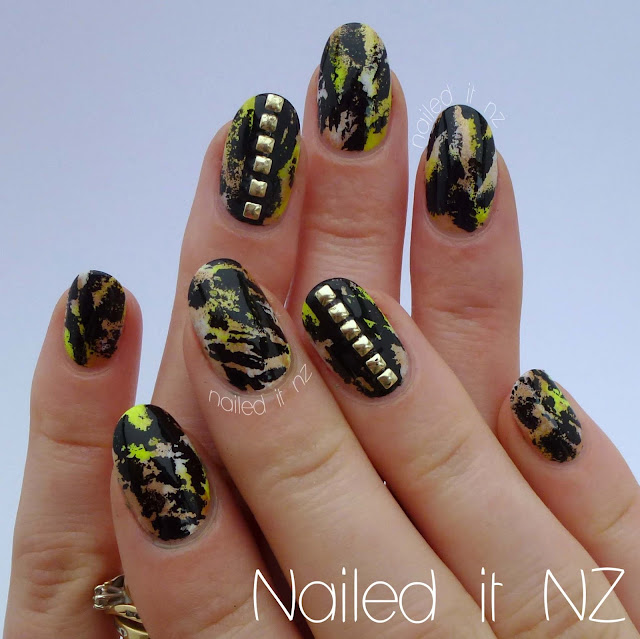 And that's it! These were actually really quick to do, and I adore them! If you wanted a more girly version you could do it in pink, white and purple with silver studs. I think that'd look gorgeous! 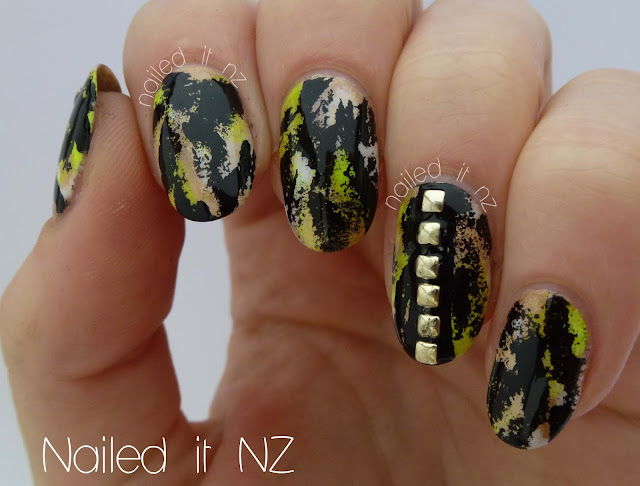 For once my right hand ended up better than my left hand - the studs are much straighter here! 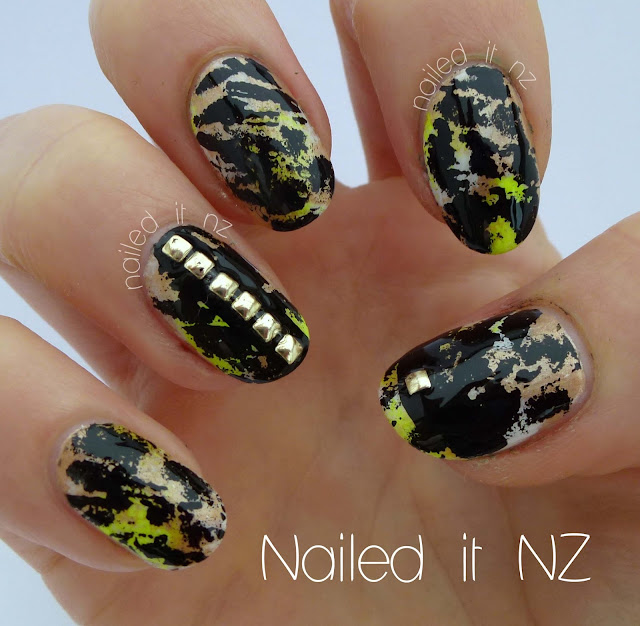 Hope you guys like them as much as I did!