1D nails have been requested so many times that I finally decided to do them. Personally, I'm no massive fan; can't call myself a "directioner" but I know most of the songs off their first album and quite like them. I was listening to "Taken" at the same time "Want U Back" by Cher Lloyd was popular, and I thought it was funny how they told different sides of the same story! Also, my friend casually went drinking with One Direction when they were on tour in New Zealand, not even kidding. But that's her story to tell so I'll leave that there. 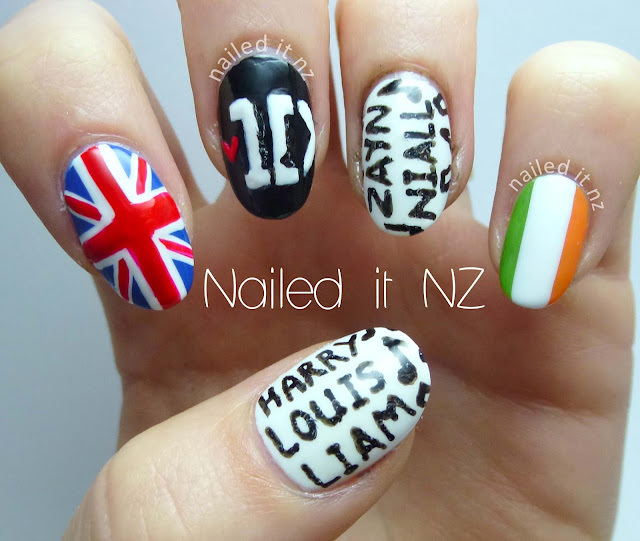 None of these photos are very well-lit, I'm afraid! I did these at night time and just had my desk light and homemade light-box to use.
I didn't paint these on both hands, by the way. I did a couple of designs in a row as I've been pretty slack lately and wanted to catch up. Not much point doing the same on both hands if you're going to take them off half an hour later :P. 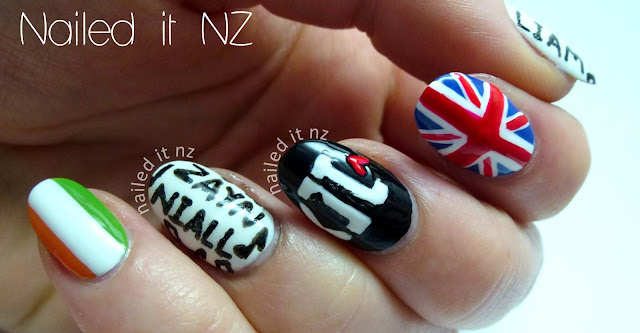 I'll explain each nail; The thumb and ring finger are all of the band member's names, plus little music notes. I actually had to Google their names - I knew Harry's though! I watched his audition on YouTube a while ago, and the name "Harry Styles" stuck in my head. I wish my last name was Styles, it's so cool!

The index finger is the Union Jack/UK flag, while the pinky is the flag of Ireland. Wait a minute..
I (like many others) painted on the Union Jack to represent the band members that were from England, and then the Irish flag to represent the one that's from Ireland. But doesn't the Union Jack represent England, Ireland, Scotland and Wales?? So the second flag isn't really necessary - or if it was, shouldn't it be the flag of England on the index finger if we're doing national flags?
Correct me if I'm wrong, but fail, Jessie. Fail, everyone else that did the same thing, haha.
Update: See the comments! Thanks to those who helped me out on this point! 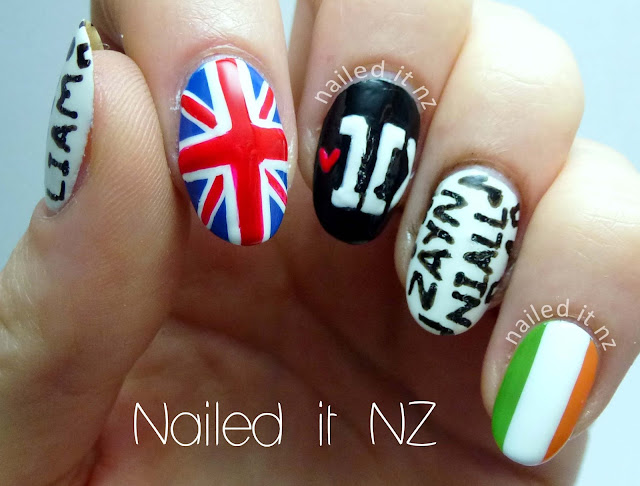 On the middle finger we have the One Direction symbol. That was surprisingly painful to do -_-. 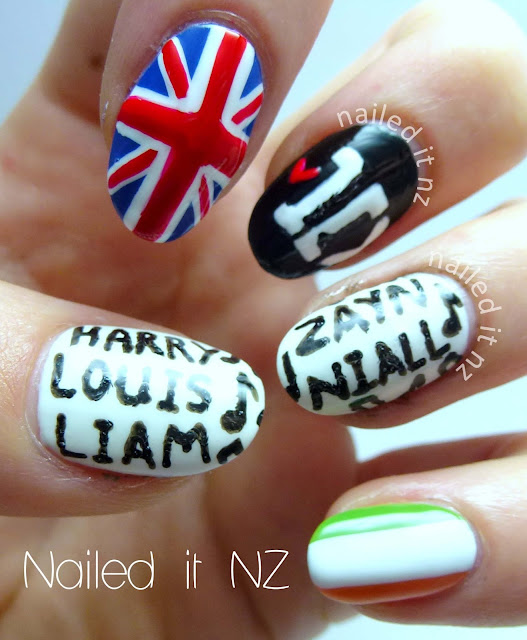 That's it! Hope you like my One Direction nails, and tell me - are you a fan?