I love these! They look slightly hilarious but I don't care! As in the title, these are Russian Dolls nails - also known as Matryoshka dolls. If you don't know what Russian Dolls are there's a picture below the first one that shows you - they're a bunch of wooden "dolls" that all fit inside each other. I used to have a set when I was younger, pretty much the same as the one in the picture. Just less new-looking. 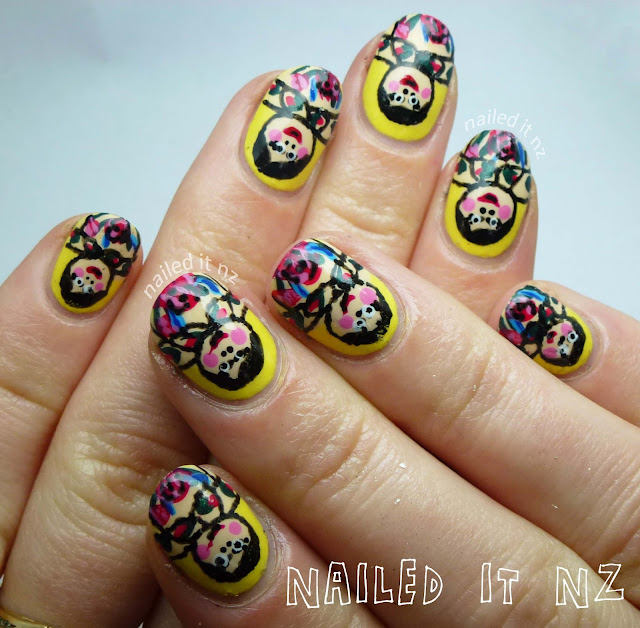 I can't remember why I decided to do these. My friend was over and I was doing her nails and it must have come up in our (very entertaining!) conversation. The faces are terrible - most look like little fat pigs, or a black haired Miss Piggy to be exact, but meh :P.


I did the outlines for this with my Sally Hansen nail art pen. I previously hated it as it wouldn't stay on, but I think the nail polish inside it has thickened over time and now it's wonderful! I had to do two coats in parts as it doesn't always look opaque... still, it's great. I imagine leopard print would be super easy with it too. I haven't done that yet though, I still like my brushes slightly more for that.

Happy Valentines Day to anyone who celebrated it today! I didn't, as our wedding anniversary was only ten days ago and I really don't care for spending another $50-$100 on food and gifts. Plus we're both trying to get sexy and skinny with My Fitness Pal and don't trust the calorie content of anything we haven't put together ourselves now, haha. 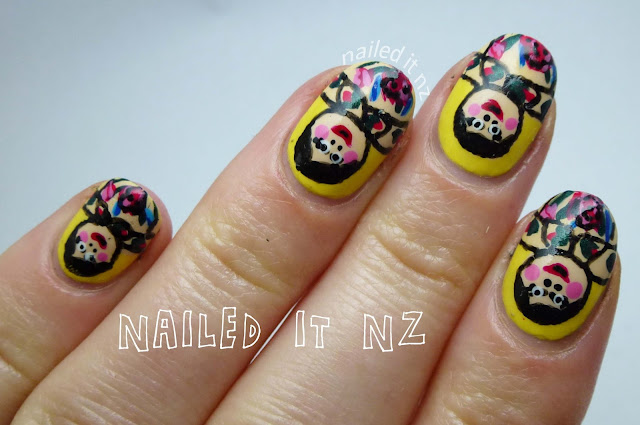 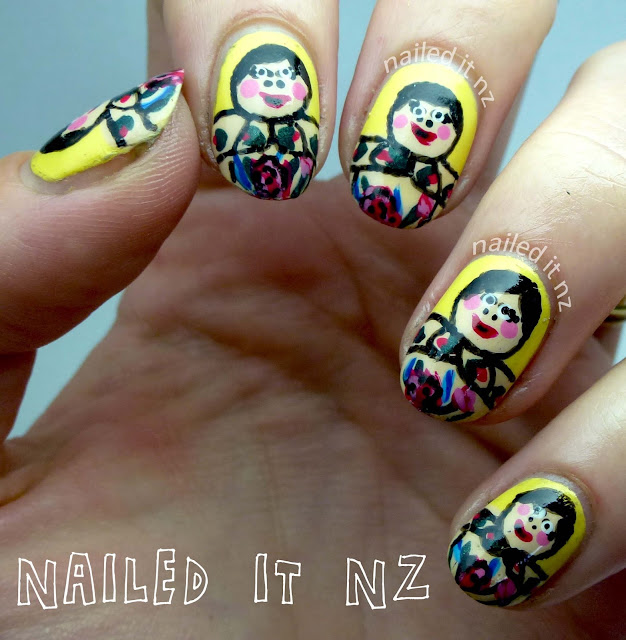