Another picture tutorial! It feels like I've been doing a lot of these lately, but I guess it's just this and the sunflower YouTube tutorial. This one is quite easy, which is why I named it "simple blue sky nails." Cute though! 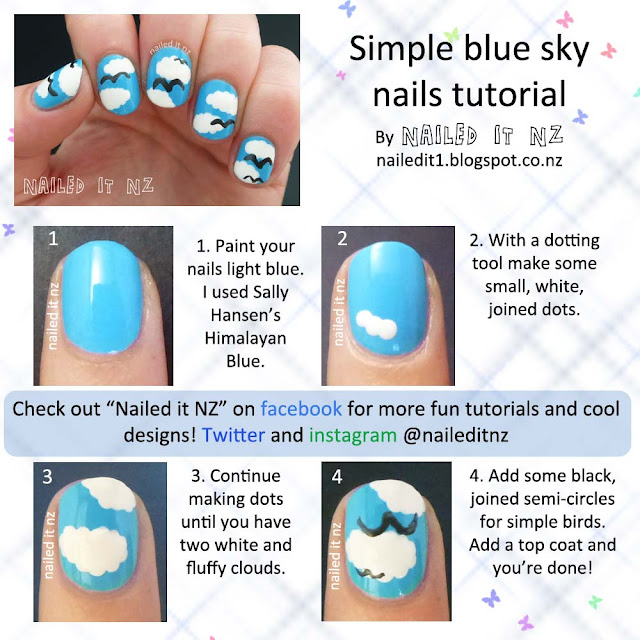 It's a very happy, summery nail art design, which is nice :). White clouds, blue sky, ahhh...
I'm really hoping those horrible people don't go and edit it and crop my name out - I try to make it difficult to do now! 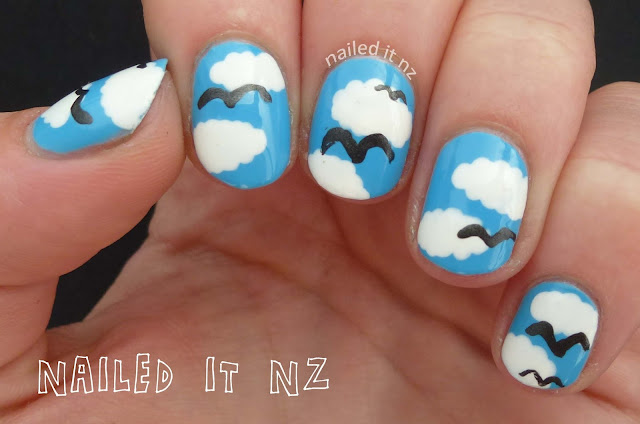 I had some major graininess issues while trying to shoot this design - it wasn't until after making the tutorial that I googled it and learnt I had to set my ISO lower. After that it was fine. I think my camera just needs different settings now that I've changed my lightbox to a black background instead of white. These photos are alright though - I deleted the worst ones. 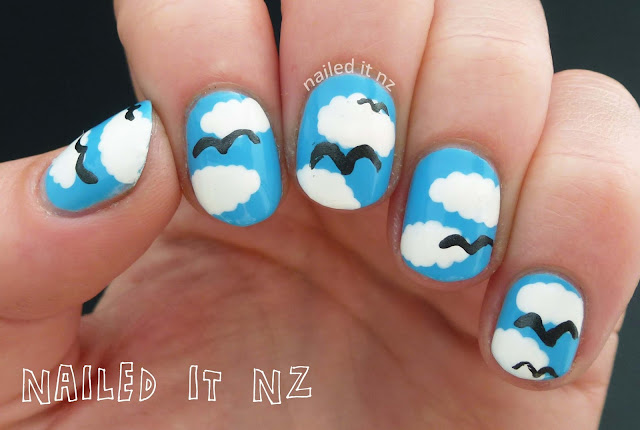 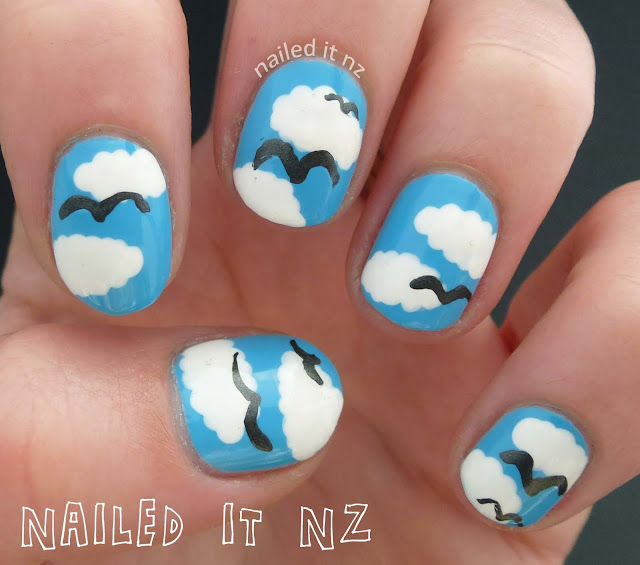 I'm still job hunting :(. It's depressing. I went into Winz to see if they could help me out but basically they couldn't because Studylink and Winz clash and ARGH, it's honestly the most ridiculous thing ever. Even though me and my husband are married, we don't count as a recognised relationship via Studylink because we don't have a kid and I'm not 24 yet. But with Winz we do count, and so they won't help me. Instead, they're like oh here, clean some toilets, serve some fries blah blah blah. I've done my time at those jobs! They did come up with one job that I really want that looks promising though, so finger's crossed.

Sigh. On the upside, I read half a (big) book in one day. I haven't done this in years. It was wonderful. Well, depressing too, as it's not a happy book (it's called "A Thousand Splendid Suns") but I loved it :).
Labels: blue nail art tutorial