I did want to write individual posts for these (especially the first one) but I just have sooo many designs piled up in my folders and wanted to get a few out at once! So here we have roses nail art, polka dot nail art and fishtail (braided) nail art!

These first ones I really liked. It was my first time doing rose nails and I was a bit worried about how they'd turn out but it I'm happy with them. I might do a video tutorial for them at some point, once I get my YouTube stuff started. I like that they're quite a small rose design, it makes them look quite delicate and cute. 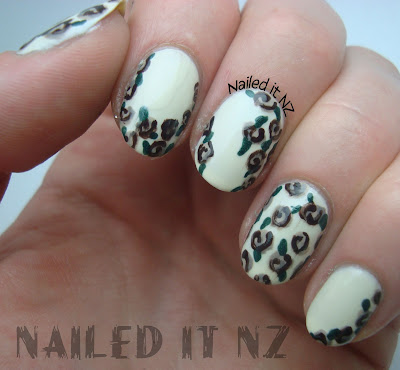 The background white/cream colour is OPI's creme of crete. I totally thought it was a fake... the brush is different (among other things) and the mixture was terrible! But someone told me that it was just from the old OPI collections before they started doing the fancy brushes, so oh well. Felt a bit ripped off anyway as it honestly is a terrible nail polish! I've never had a bad OPI until now! It does look nice though, once you've finally applied all five coats that are needed... 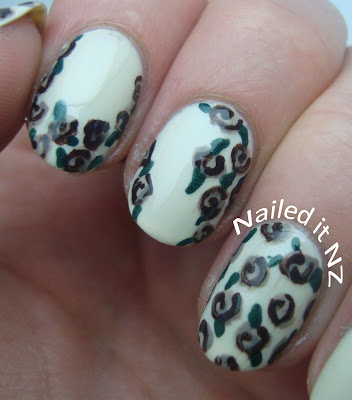 I did my sister's nails the same day I did these ones - aren't they cute? More photos of them will be coming tomorrow when I post my Christmas haul. 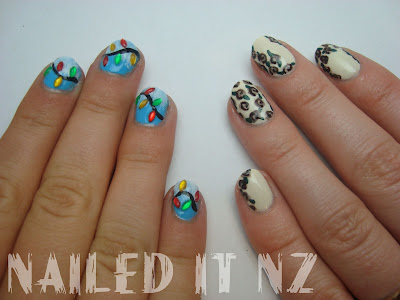 These next ones were done by my sister Georgia, not me. She's getting really good!! The biggest improvement in the last couple of months with her is that she's been cleaning around her cuticles properly - and painting them carefully so they don't get too messy in the first place. I'm pretty proud of her - she's only just turned 13 and is easily as good as I was six months ago! Hopefully she'll start a blog when she gets a bit older :). 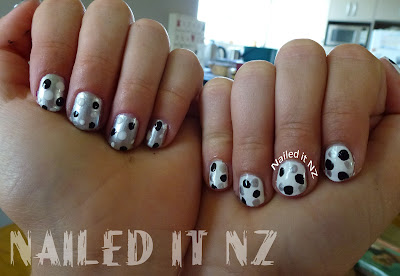 Georgia's polka dot nails! Silver, white and black alternating dots. It's hilarious, she finds it so hard to pose her hands in the way I do! It comes naturally to me now, but she just can't! The above photo was the best we could get haha. My dad couldn't either. I assume over time she'll get used to it. 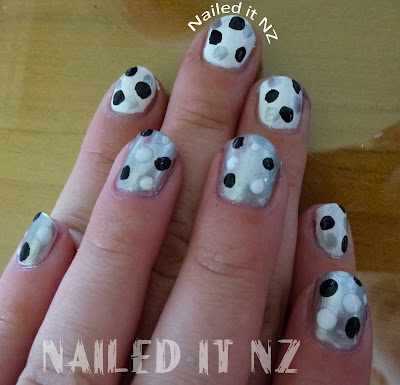 These last ones were actually pretty cool in real life, but the photo isn't great. I took it in bad lighting - it was night time and my lightbox was hiding behind my massive assignment and was too much of a pain to get out. I planned to take more the next day but never got around to it. Oh well! I quite like fishtail/braided nail art, I've done it a few times now. These ones ended up a bit lop-sided though! 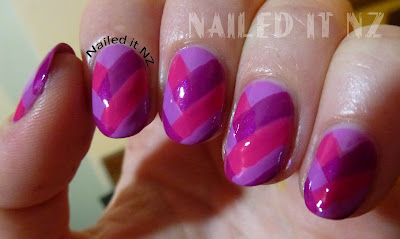 What's your favourite design out of the three? Do you think my sister should start a blog soon or when she's a bit older?