Just a quick post as my new Sims 3 game finally arrived (Supernatural, yay!) and I am DESPERATE to play it as it took three flipping weeks to arrive - coming from New Zealand too! Stupid JB Hi-Fi... but not really, as I bought it for half the price it is anywhere else. Moving on to my next obsession... 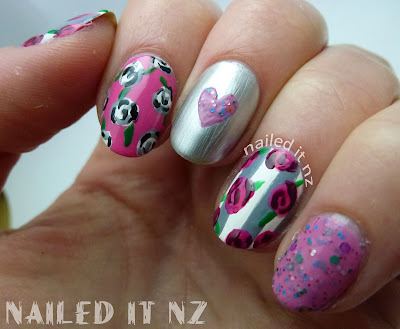 These nails I did as a response/were inspired by Shaanxo, who many of you probably know. She's this super famous beauty vlogger and turns out that a) I used to work with her and b) her best friend Kelly is my friend's sister. Oh, and she lives in the same town as me. But I don't think I've ever actually met her, at least not knowing "who she is." That would be weird, being famous, even if it is on YouTube. People recognise her in town and that... there's a reason I rarely post pictures of me (not that I'm anywhere near as well-known as her).
Anyway, she did this nail art tutorial which had kind of mixed reviews. I didn't really like it at first, but I thought about it afterwards and now think it only looks bad because all her other make-up related stuff is all so good. So, I decided to use her tutorial as inspiration for my own nails.

The picture isn't very good, but I couldn't find another quickly, but you can see her nails above :). 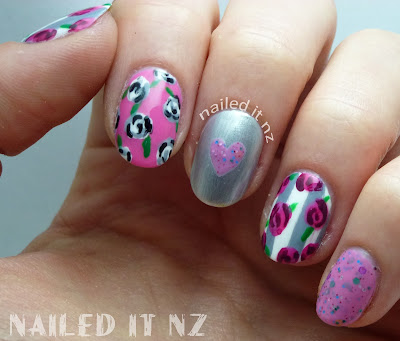 I don't do pink nails very often, so it was quite exciting to use these colours I haven't touched in months! It was my second time doing roses too, but they worked out alright. I like the ring finger and thumb's design best. 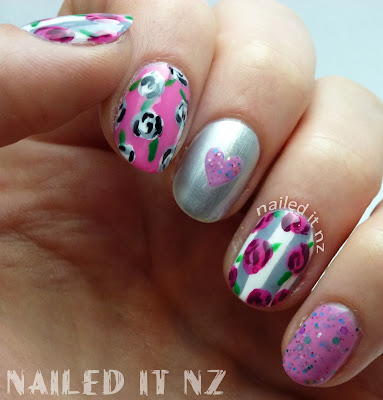 This ended up being not a quick post at all. I did these ages ago and it wasn't until I looked at them properly I remembered they were those ones. 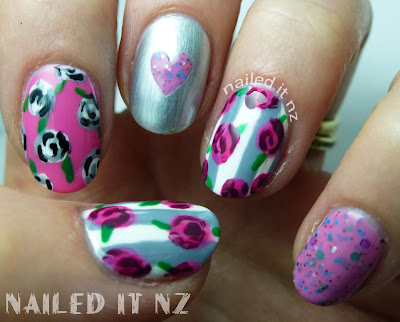 One last thing - I'm moving house next week!! This means I can finally have a nail art room and have paying customers! I already have three customers lined up (okay, old friends and their mums) - it's sooo exciting!