This design is quite an important one to me. It was the first one that I ever had stolen, and the one that got the most popular. It went viral, getting 70,000 likes on facebook with the awful page that stole it getting tens of thousands more followers and refusing to give me any credit. Of course, it wasn't my original design; it's quite a common one as let's face it, it's awesome. It just happened to be my photo that got picked up on facebook. I should mention that at this stage (August 2012) I had less than 2000 page views, and could have really done with all those followers. I was soooo frustrated. I was literally bouncing up in down in my seat, moaning "this is so unfair!!"
This is one of the main reasons I have such strong feelings about nail art theft. Fortunately in the six months that have passed since then I've gained enough followers to not feel completely ignored, but it's meant that all of my pictures will always have watermarks all over them!

I decided to re-create my old mani exactly, as my nails are the same length as they were then and thought they'd be good for a tutorial. So here it is! 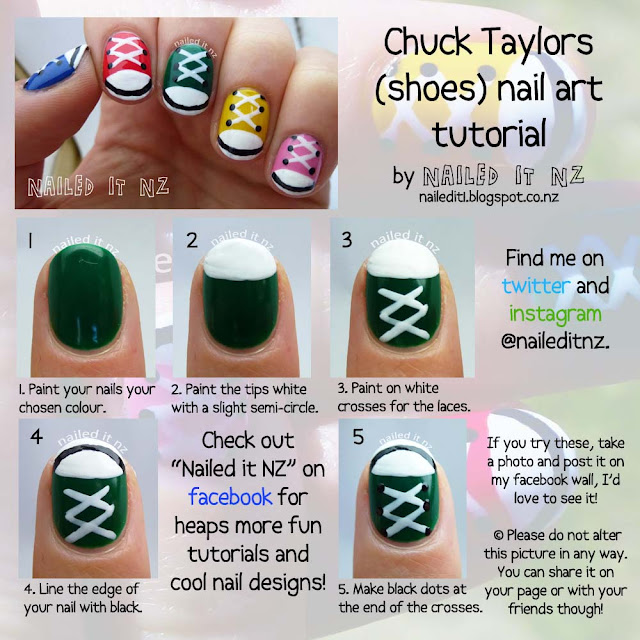 When something goes viral there are a lot of comments. Most people loved them, some didn't, some were blatantly a bit stupid and some had me laughing out loud. The best one was "those aren't real hands, I can tell." Pretty sure I don't have any bionic limbs, sweetie :P.

Now for a comparison: old versus new!
This is the picture that went viral (bar the watermark - they managed to get an old unwatermarked version off weheartit). You can see the original post about these nails here. 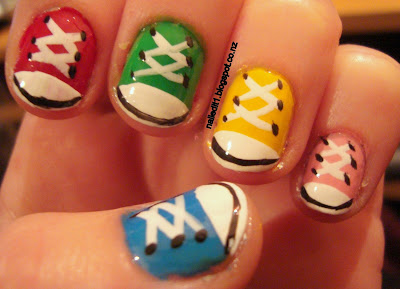 This is my recreation of it, seven months later! They're not hugely different, I must say. I've done a more complicated version of this lower down, but as this was for a tutorial I kept it simple. The new ones are much cleaner (I didn't believe in cleaning around the cuticles back in June) and the photo is better quality. 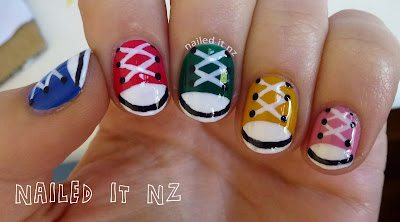 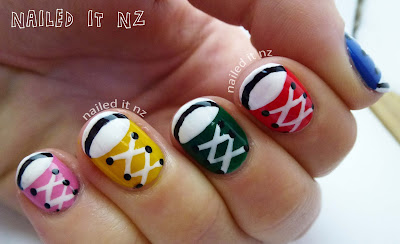 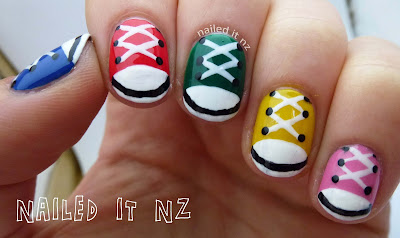 I even got my husband to take a few pictures of both my hands! 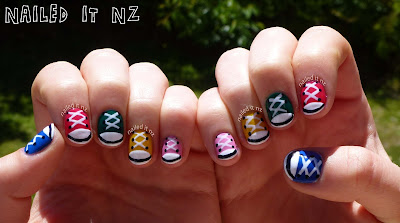 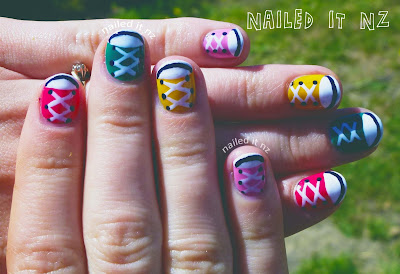 So yeah, this is a very photo heavy post. I'll add it to my tutorials page, by the way :). 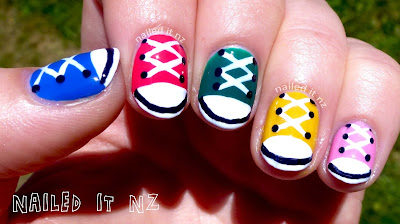 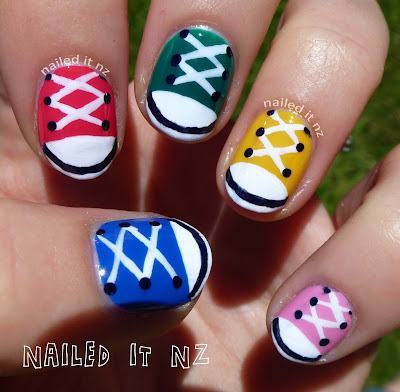 Finally, these are the other chuck taylor nails I did a few months ago, which you can find here! There are more laces etc and therefore are a lot more finicky. That just reminded me of Finnick from the Hunger Games... I cannot WAIT for the next movie! The books will always be best though :). 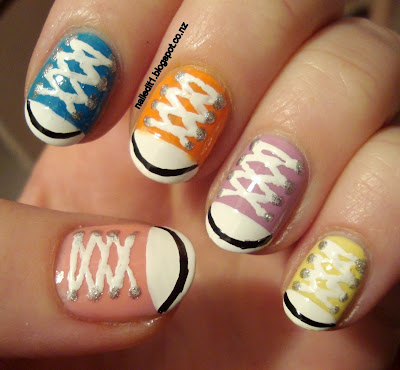 Hope you like them! Have any of you ever done Chuck Taylor nails before?