As most of you will know, I'm from New Zealand - my blog name kind of gives it away :P. New Zealand is great. We have beautiful countryside, heaps of cute small towns and most important to this post - a low crime rate. Which means our newspapers are often beefed up with "fluff pieces" - things that aren't massive tragedies but are of some interest to the public. One of the biggest fluff pieces this year, was Marmageddon. We ran out of Marmite!! 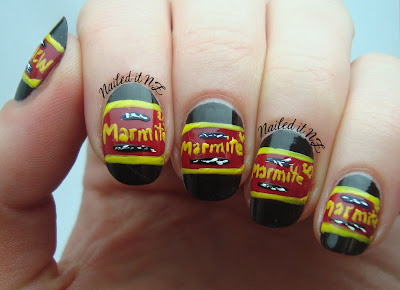 In February 2011 there was a massive earthquake in Christchurch that killed almost 200 people. I remember watching it on the news in disbelief... that sort of stuff just doesn't happen around here! I found it hard enough to comprehend that 185 people weren't going home that day, so when the Earthquake and Tsunami happened in Japan a short time later and killed tens of thousands of people... woah, just woah.
Anyway, the Marmite-making factory in New Zealand is in Christchurch, and after a few months it was deemed unsafe for production - not earthquake-proof and so on. Seriously, I don't think that ground is ever going to stop shaking, they're still constantly having little ones and it's been almost two years! I would've gotten out of there if it was me, but kudos to those who stayed.


So since March or so, we haven't had Marmite on the shelves. And since April or May, I haven't had Marmite  This is no small matter, I was practically raised on the stuff. Hot toast with Marmite and margarine - my favourite! I've had to downgrade (YES! DOWNGRADE!) to Vegemite, oh woe is my life. So today's New Zealand inspired nails are little bottles of Marmite. 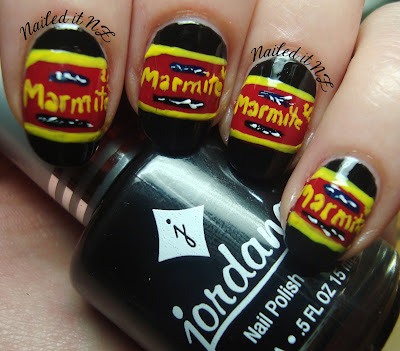 I wish I could have made the letters more regular but OMG do you know how small they were?! 3-5mm! Tiniest writing I've ever done on my nails. 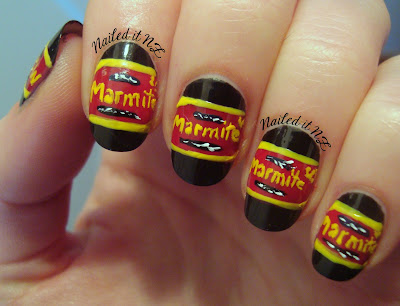 I started doing my right hand but no, my skills do not extend that far - it would have just been a mess.
So I left them like this. Hope you like my New Zealand inspired nails and I can't wait to see what everyone else has done! 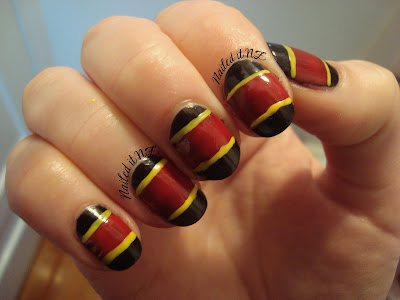 The link for today's link up is:
In case you missed it - the place where you can link up has been moved to before the jump-break. This way you can add yourself from my main page instead of scrolling to the bottom of each entry.