I've done quite a few designs lately that would be great for new years, so I'm posting them all here so they're easily found :). There are four different designs plus some cool new years glitters, so make sure you click the "read more" link if you're reading this from my home page!

Firstly I have a studded manicure that I did a few days ago! 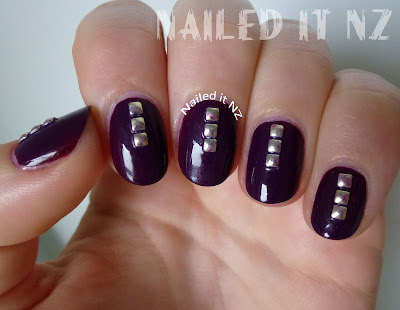 I used these awesome little studs you can buy from Born Pretty Store, there's a link further down if you wanna grab some. I messed up the pinky on this hand a little bit and I also managed to get some of the polish on the studs... oops. I was just a bit quick putting them on and the nail polish hadn't dried properly. 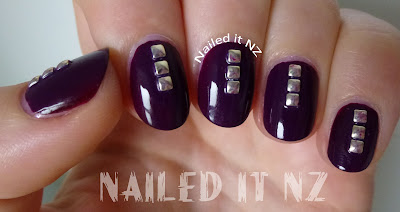 The colour I used, believe it or not, was a red OPI - but my top coat made it turn purple! It's the second time it's done that now, it's turned a brown purple too! It must be something to do with the red pigment, as it doesn't seem to change any other colours. My top coat is a massive thing - I'm not sure how many mLs (it doesn't say) but it's at least three times the size of a normal 15mL bottle. It's called Yello-out and it's slightly purple, so I guess that's what did it. Strange, but hey, purple's cool. I think after I've used it up I'll stick to clear top coats though.

The products I used for this studded mani:
OPI - Mrs O'Learly's BBQ
Born Pretty Store square studs
(You can get the studs here and put in the code CEL91 at checkout to get 10% off)
Yello-out top coat
One of my Seche Vite base coats - not sure which one but I'll leave it and the top coat out in the lists further down the page as I pretty much always use them.

Next I have a mani I did on Christmas day. I love colourful French manicures and this time I decided to spice it up with one of my new polishes I got for Christmas - the stunning OPI "The living daylights." 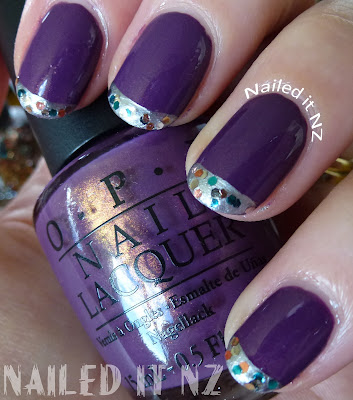 I had to be careful when painting on the glitter so that it stayed just on the tip. Unfortunately it ended up being very thick on the end... next time I'll use an orange stick to apply each glitter individually I think. 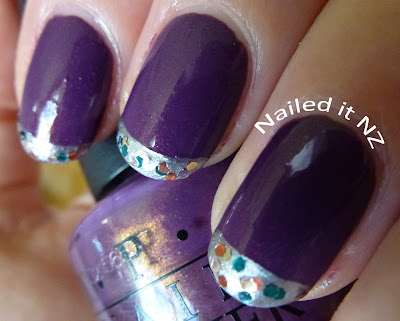 Do you like my new ring? I bought a bunch off trademe and was wearing it on Christmas day so it featured in this picture. 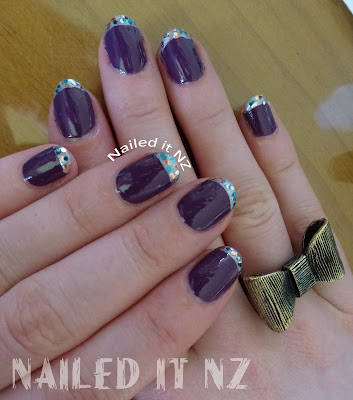 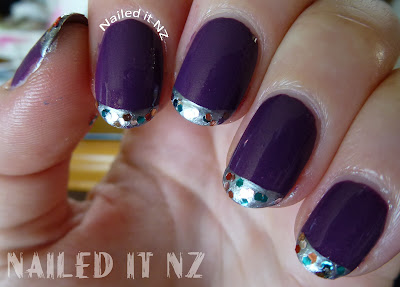 The products I used for this French manicure were:
OPI - Dutch 'ya just love OPI?
China Glaze - Platinum Silver
OPI - The living daylights

Next is what I'm wearing for new years! I have this polish on right now and it is GORGEOUS! Electrify was previously my favourite glitter but this one, Glitter All The Way, now takes first place! 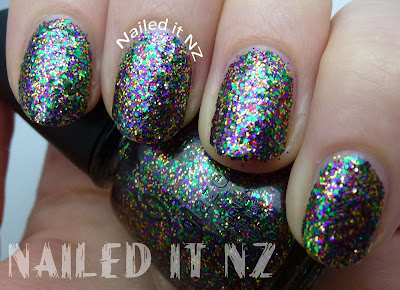 Look at all those colours! Purple, gold, green, red... they're perfect! 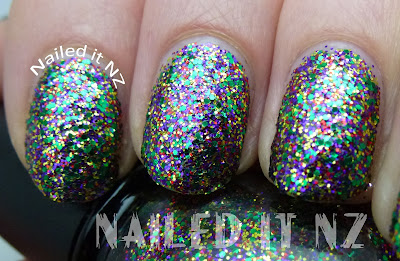 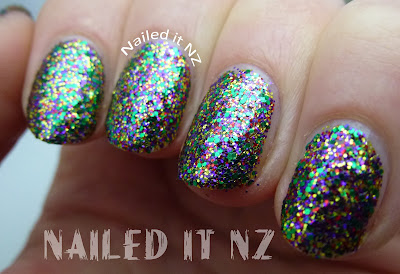 This nail polish is:
China Glaze - Glitter all the way.

The next two pictures are the wrong colours... the blue is actually a purple but cameras just don't like this shade of purple! I was going to try fix it on photoshop but completely forgot so, sorry. It still makes a nice blue at least! 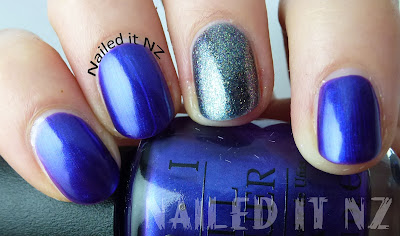 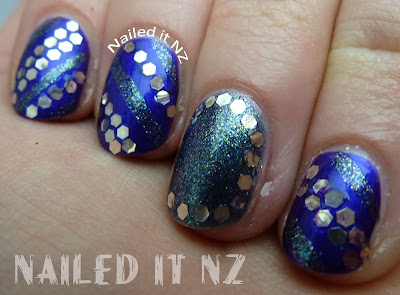 (You can get the glitters here and put in the code CEL91 at checkout to get 10% off).

I also used the glitters in the below mani but it kind of failed. I'll be doing a review for Born Pretty store of these glitters soon, once I'm used to them.

Last but not least, I chose some of my favourite polishes for welcoming in the New Year. These will look amazing by themselves! Some of these have been swatched and reviewed here if you want to check them out.
I'll list the names below the pictures, from left to right. 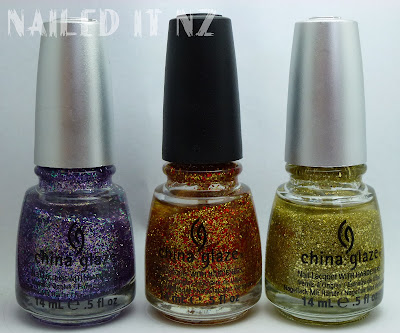 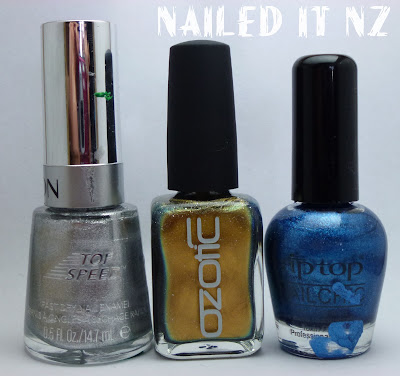 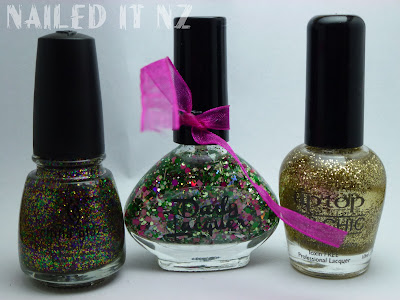 And that's it! Hope you all have a great new year! I'll be spending it with my family for the first time in six years or so and I'm looking forward to it!