Eeee it's December tomorrow and it's going to be the busiest blog month ever! Plus I might be having surgery the week before Christmas :o. In order to get things going, I'm posting three different designs today that I've been meaning to post for a while.

Someone requested French tipped nails on my Tumblr a while ago and I've taken AGES to get around to them. So if that person's reading this, sorry! I decided to make them colourful instead of natural, as I don't really have any good French manicure polishes. Here's what I came up with! I tried a kind-of ombre effect, as you can see in the second photo. 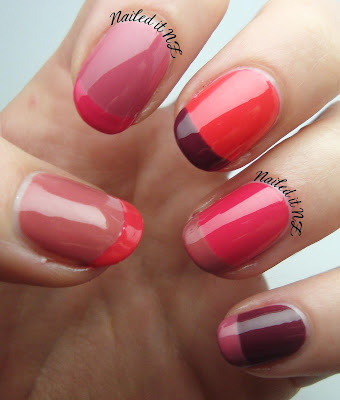 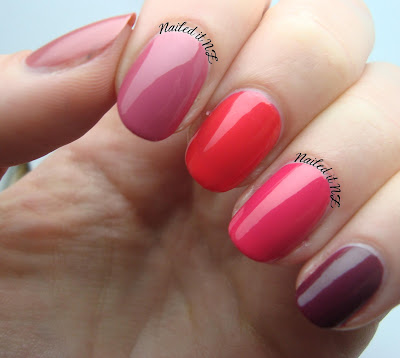 This next photo was another one requested through Tumblr, but I did it quite awhile ago and have already published it on there. The person who requested this just wanted "Anna" and a tennis ball - I'm not sure if it was some sort of Anna Kournikova thing or that just happened to be the girl's name. Either way, here are the nails... 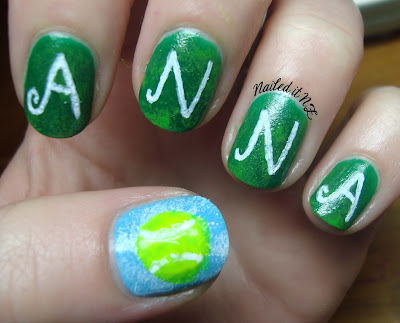 I used this "glam nails" nail art pen for the writing - it worked WAY better than my useless Sally Hansen one that I spent good money on! 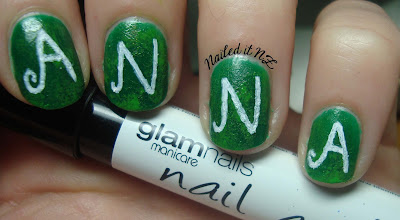 My matte top coat had just arrived around the time I did these, so I tried it out :) 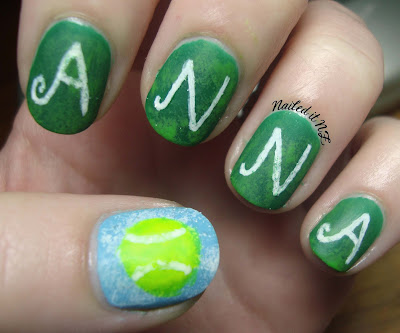 And last but not least I did this cute little mani using A study in pink by Daily Lacquer and striped over it with an Australis polish. Pretty eh? I think this one's my favourite.

I'm currently doing some stamping for my latest Born Pretty store review but thought I should get this post up. Take Two starts tomorrow! Eeeee! Bit jealous of the northern hemisphere right now though, I could do with an extra day to prepare! Thanks to Somewhere over the polish rainbow, all the links are sorted! All you have to do is come grab the code from my blog for each Take Two post you do and stick it in the HTML of your post! Exciting!