Note: There are updates at the bottom of this post!

To be honest, I wish I wasn't writing this post. It's for Ooooo Shiny's nail art contest, where the idea is to "design a socially engaged manicure that supports a cause and raises awareness about an issue that you care about." I wish I didn't have something to write about; I wish I didn't have this problem.
It's harder, but more personal and therefore I think more important for me to do my blog post about Endometriosis.

By the way - I'm totally going to be kicked out of google adsense for writing this post. It'll include a couple of words that they'll probably pick up as "adult content" *rolls eyes.*

First, here are my nails I designed for the contest. Nothing too fancy - I didn't really want to take away from the content of this post. 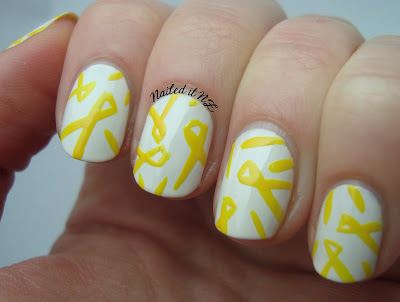 I'll be taking a lot of information and quotes from the book Endometriosis and Pelvic Pain by Dr Susan Evans and Deborah Bush, a really informative and easy-to-read book that I got when I met with Deborah a little while ago. You can buy it HERE. I figured it'd be better to get information directly from a knowledgeable source than regurgitate what I know - just in case I misconstrue some facts.

Evans and Bush describe it as "a condition where bits of tissue like the lining of the uterus, are found in places outside the uterus where they shouldn't be. Areas of endometriosis are called lesions. Lesion is just a medical word for any area of abnormality. A mole on your skin, or a wart on your hand can also be called a lesion" (p.1).
Sounds fairly simple, right? When Deborah talked to me about it, she compared it to when an eyelash falls into your eye - it's in the wrong place (even though it's so close to the right one!). Over time, the eyelash would cause redness, infection and pain, just like endometriosis does. 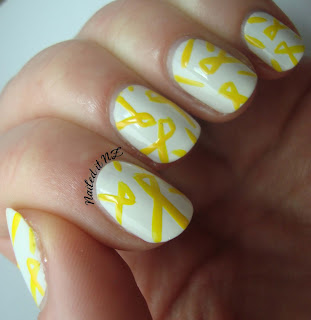 What are the symptoms?
This is the bad part. The symptoms seriously just suck.

(This information was taken from the Endometriosis New Zealand website).
"The cause of endometriosis is not fully understood at present though there are several theories. Intensive and extensive research around genetics, immunological and environmental factors continue and further research exploring a range of potential causes and contributing factors is being investigated. It is likely that the cause will be multi-factorial.
Endometriosis seems to run in families, so you are more likely to have it if there is a family history. It is important to remember not everyone who has had symptoms will have been diagnosed."
About 1 in 10 women are believed to experience endometriosis at some point throughout their life. 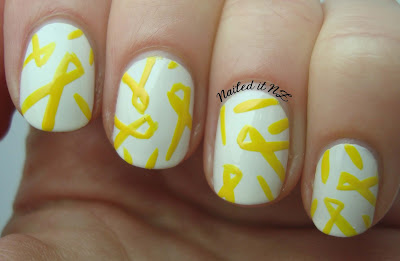 How is it treated?
There is no simple cure for Endometriosis, as we do not know what causes it. A holistic approach is important when dealing with it - generally involving surgery (laparoscopy), medication and lifestyle change. You can read more about this HERE and HERE. You need a good surgeon too - they have to remove it/cut it out, not just laser away what is on the surface. If they don't do the job properly, it'll just grow back.

My Story
Sorry this is so long! Bear with me, it might help you some day!

This is quite personal to me, and most of my (even close) friends don't know the severity of it or how it's affected me. For the last eighteen months or so I've been experiencing increasing pain through intercourse, to the point where half the time I'll just be in tears and afraid to even try. See why I don't bring this up in casual conversation? This is accompanied with feelings of guilt, failure and anxiety, none of which make the pain get any better. As well as this, my periods have been getting increasingly heavier and more painful - and for the last six months they have been unbearable. A few months ago I was in the library at my university trying to study, but found the cramps so painful that I was almost vomiting, and had to move around and try really hard to concentrate on staying focused so I didn't fall over or faint. Another time I was at work and had horrible cramps the whole day. FYI, panadol does NOT work very well with sore stomachs! By the time I got home that day I just collapsed into my husbands arms in exhaustion and pain. The next day I just couldn't face going through that again, so I took the day off uni to give myself a break. I can't count how many times this semester I've forced myself to go to class only to find it impossible to concentrate on what's going on around me. I know it would have affected my grades - I'm waiting on my exam results at the moment.
If you scroll back up to the list of symptoms, the ones that are underlined are the ones I experience. In the last six months, the cramping pain that used to just accompany my period now follows me around every day, with certain positions making it worse. Sometimes when I drive the car my tummy gets sore and I end up sitting awkwardly or getting my husband to drive to try alleviate some of the pain. To make it worse, I also have PCOS (poly-cystic ovarian syndrome) and Hyperthyroidism. This means that it's very hard to control when my periods come (PCOS) and I have some kind of heat intolerance and get quite fidgety/anxious (Hyperthyroidism - although I need a third blood test to reconfirm this).

At the doctors...
The first doctor I went to about this referred me to a specialist. So far, so good. Unfortunately, the specialist I was sent to did absolutely nothing to help me. $1000 later and all they had done is reconfirm that yes, I did indeed have PCOS (how kind of them), had a little chat and worst of all, changed my contraception to Mirena. Omg, Mirena. I thought it would cure it all. They told me that it would help my heavy periods but "may not help the other pain". The way I took it, "may not" also inferred a "may," so I thought it was worth a shot. You can find out how it's inserted HERE (I don't really want to go into those details).
It was the most painful thing I have ever experienced in my life. I have had broken bones, sprained ankles, a heart operation, local and general anaesthetics, fillings without injections and who knows what else but this bet them all ten-fold. It felt like I had been stabbed in the stomach. And the worst thing is that I only found out it would hurt 30 seconds before it happened, when I felt it was too late to back out. On the booklet and website it says that it's mildly uncomfortable and that's it. Rubbish. There are sooo many people with the same story as mine. I vomited straight away from the pain, went extremely pale (according to my poor husband who had to watch the whole thing) and almost fainted. I barely remember anything else from the next two hours, just flashes of quietly moaning incoherently on the way home from the doctors and wimpering in bed. The worst thing was that no position made it any better. It was just constant, agonizing pain. They didn't give me any pain relief beforehand, but I got some panadol or something after I finished vomiting. Finally, after two-three hours it calmed down to my normal cramping pain... only to then have my period for a month straight. It was an absolutely awful experience - and do you know what? I found out a week or two later that Mirena shouldn't be given to people who have a history of PCOS or acne. IDIOTS!
So, I'll probably end up getting it removed when I have my laparoscopy; all that pain was for nothing.

Finally some hope!
I got Mirena put in at the beginning of October, now it's mid November. The specialist told me to come back in six months. That was it, no trying to fix the fact that everyday life was painful for me, just STAB and off you go. So no, I am not going back to them in six months. Instead, I arranged to meet with Deborah Bush. I drove two hours to see her and two hours to get back home, but it was SO worth it. She's absolutely lovely, she completely understood and she thinks I have Endometriosis. You see, you can't confirm you have it without surgery. I'm planning on having a laparoscopy as soon as possible, then working on the other aspects to try to manage it - hormone treatment, lifestyle changes, etc. The concern I have at the moment is that it may have developed into chronic pain - as Deborah explained it, my pain receptors have been on for so long it's hard to turn them off. I'll just have to wait and see how I go after the surgery.

So, that's my story. Sorry it's such a book, but I really want people to know about this condition, seeing it's so common and can be disguised as many other things. If you think you have this but your GP won't follow it up, get a second opinion. A third, a fourth if necessary. I'm now on the road to getting my life back, and I CAN'T WAIT! 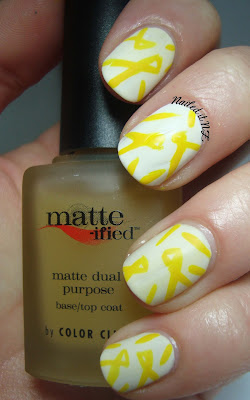 Lastly, here's a video about Endometriosis by the wonderful Endometriosis NZ that is really worth watching. I hope this blog post has helped you understand endo - and if you have it or think you do leave me a comment, I'd love to hear your story!

Update, 3 April 2013: I had a laparoscopy in December and the lab results didn't show endo - so it's still a bit of a mystery! The Mirena, despite all the drama putting it in does seem to be helping though. I still have pain, but the pain has changed and isn't as bad. Maybe I'll update this again some wonderful day when I'm no longer broken at all!

Update, 17 May 2013: My pain is almost all gone! It's 90% better and life is so much more enjoyable! It's allowed me to focus on other things and be a lot more active, and I've lost seven kilos since February!
Labels: about me endometriosis ribbon yellow