I've probably done water-marble nails more times than any other nail art design. Mostly because I'm just not that great at it, and want to keep trying. I can never make it consistent! It just looks so cool when all the nails look similar but I can't do it! I guess I'll just have to accept that my marbles are always going to be a little crazy :P.

Before I continue - two YAY moments; One is that tomorrow Cats'n'nails and myself are swapping guest posts! So check out both our blogs to see what we've come up with. The second is that my Rafflecopter giveaway has been fixed! It wasn't working for some people (like me!), so I contacted them and they fixed the problem. They seem to be really nice people too, so if you're going to do a giveaway, USE THEM! :D 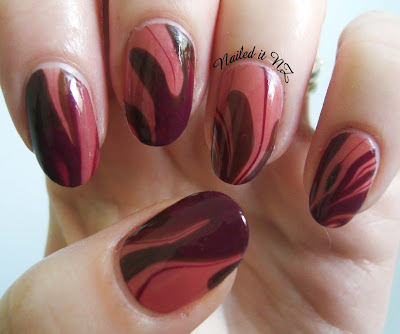 The colours I used for this were all from good brands, which is kind of unusual for me. My theory was that OPI and China Glaze are much more likely to work for water-marbling than my $2 shop polishes - and I was right. The first time I tried this (warning: they're terrible) I went through every single one of my then-70 polish collection, and only three of four spread out on the water. But all of my China Glaze and OPI ones that I have now do :). 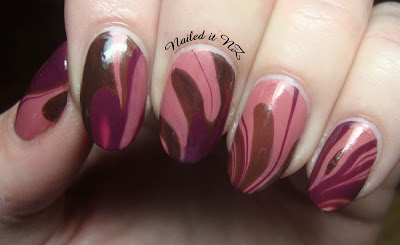 I actually started off with different colours, but took them off and did this. I wanted a non-shimmery, glittery manicure, as my last marble nails had heaps of glitter in them. Gouda Gouda Two shoes does have a slight shimmer, but it wasn't enough to worry about. 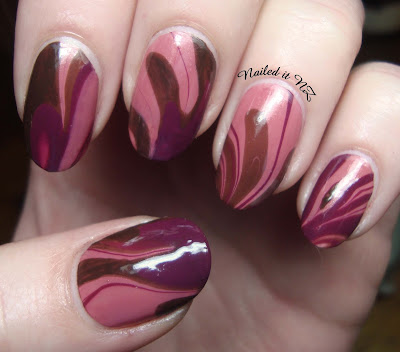 I forgot to take a photo of my right hand, but it turned out about the same, no huge variations in this one.
I want to try doing this with just two colours, and again with lots of colours, just to see the difference! 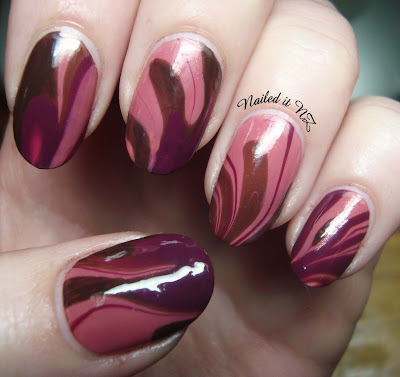 Oh yeah - if you saw the post a while ago about how I was going to start youtube tutorials soon - not happening :/. My mum neglected to tell me that the auto-focus had broken on the photography camera when she lent it to me, lol. I had spent the last week wondering why I failed at getting it to take close ups of my nails! Soooo maybe one day I'll do it, when I'm rich and famous and can afford a video camera!

Don't forget to put your name in for Take Two!

And here's a cute picture of my guinea pigs, just because they're cute. 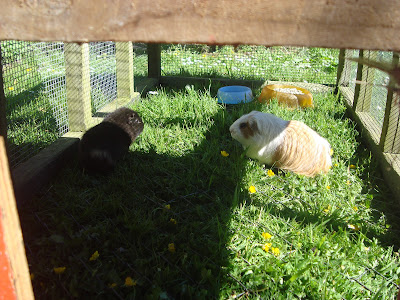