I've always thought that the Union Jack looked awesome on nails! I've seen heaps of them on the net, especially while the Olympics were on. I was a bit more patriotic then, and did the New Zealand Flag on my nails as my 'support' ... although I'm not going to lie, I didn't end up watching a whole lot of it :/.

Anyway, I decided it was time to try them out. Here's the final result! Below I've got a tutorial, swatch of the blue and a photo of my ever-growing nail polish collection. 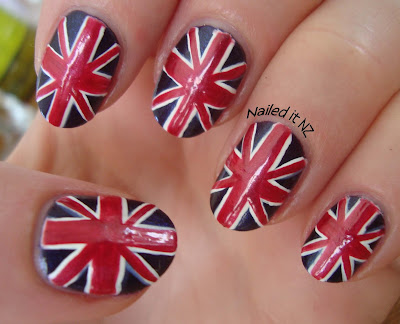 Right, so these were the polishes I used for this design. From left to right...
Jordana - Mardi Gras
Revlon - Powder Puff
Leiyu - Color 18
Jordana - Pop art - white 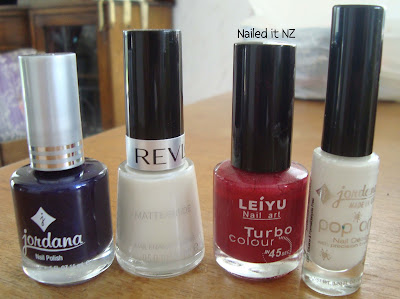 Here's Mardi Gras - isn't it beautiful? I absolutely love it. This was three coats, I think, but two coats were alright too. I'll add it as a swatch sometime this week. 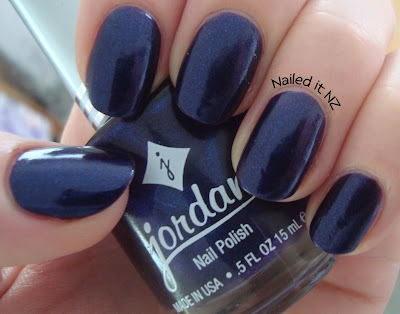 After painting on the blue, I grabbed my nail art polish by Jordana and painted on these lines. Pretty self-explanatory, really. 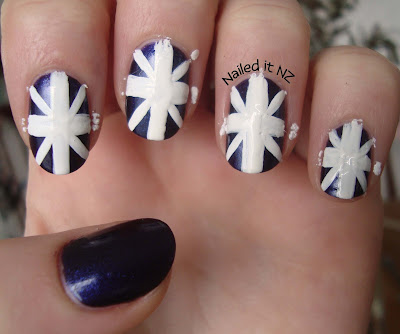 Then I just grabbed a striper brush and CAREFULLY painted the red on. While this isn't a particularly hard manicure, you've got to be careful when doing the red - don't want to go over the lines! 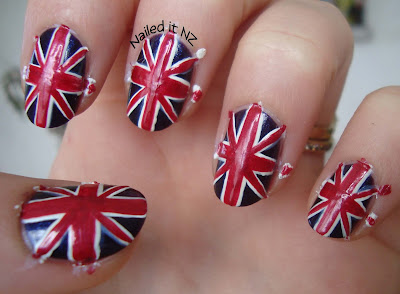 Then I tidied it up with some cotton buds and a brush and wah-lah! 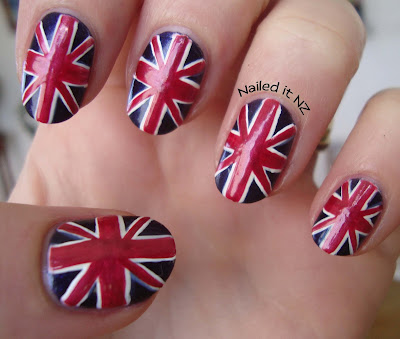 I didn't put a top coat on this hand. I tried it out on the right hand but the red was one of those awful polishes that dry but still smear the colour everywhere if you put a top coat on. It made my right hand look very unprofessional and yuck, so I just didn't do it for my left hand.

I've also seen this design done with glitters - I think that was the Nailasaurus? It looks amazing!! I'd like to try it out some day. 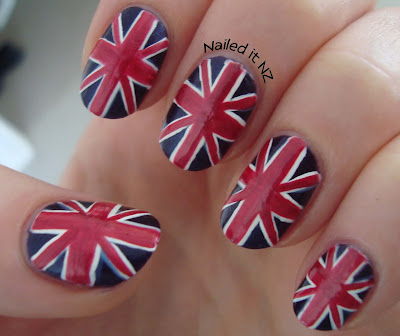 And, here is my beautiful collection! Last time I counted I think I had 120, and to be honest at 155 I'm quite impressed with myself. I thought it would be 200 by now! A good 100 of these are $2 shop polish that I barely use, but can't stand giving away :P. 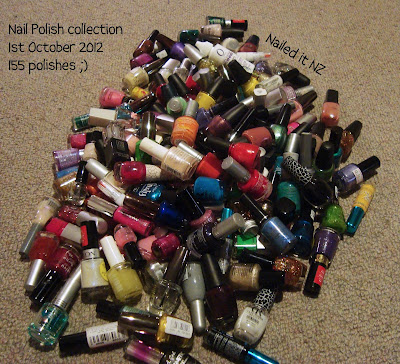 And that's it! Time for bed and a whole new week at uni!