I've seen a lot of amazing studded manis on The Nailasaurus's website, so I decided to give it a try myself. I ordered these from Born Pretty Store, and while they took awhile to arrive I LOVE them! I did quite a simple pattern, as I was kind of guessing how to do it, but studs are now my new favourite kind of nail art! 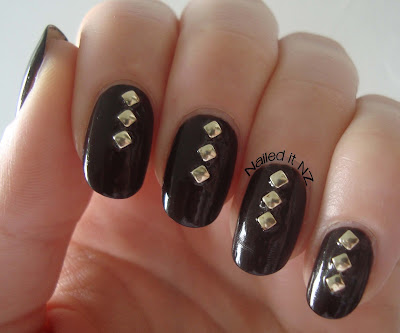 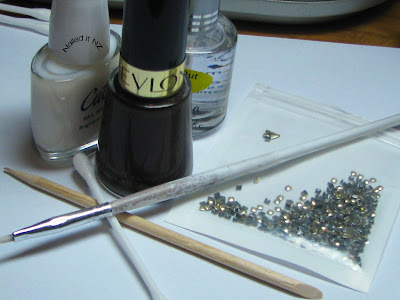 I have to say, I LOVE that Cutex base coat. I ran out of both top and base coat last week and went on a hunt to find some good new ones. As you may have read about in this post, my nails are kind-of-really-super gross at the moment. Or, as someone called them, "colourful" :).

Having stained nails doesn't actually harm them, but it looks gross. I've been trying a million different ways to make them look better, and while they're better than they used to be I haven't been keen to wear them in public.

I haven't worn it enough to see if it actually changes the nail colour, but with two coats it makes my nails look non-stained and natural. So basically just fakes it. But this is great! I don't have to have a colour on in order to feel like my nails look okay! So yeah, I got this from the warehouse for about $8. It was more than I'd usually pay for a base coat (I'm a bit of a cheapskate) but it was worth it and I'll buy it again. And again and again and again. 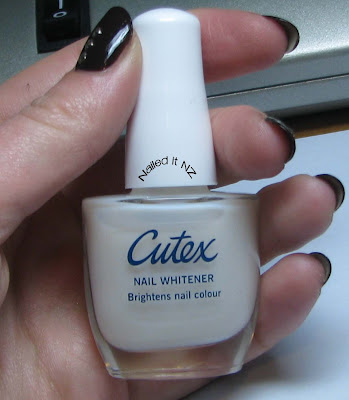 On to the nail art! This is Hot for Chocolate. I'm about to add a photo of it to my swatches page, so you can read what I thought about it there. 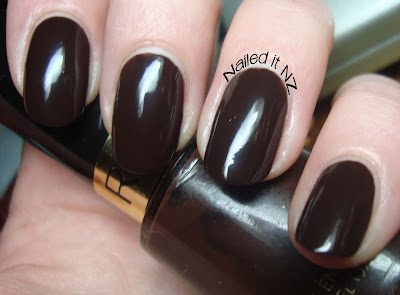 I thought applying the studs would be really hard, but it actually wasn't any worse than most of my other patterns and designs I do. Just gotta have patience and a steady hand.
I dabbed a bit of clear top coat on the nail where I wanted the stud to go with the orange stick, then while it was still sticky I picked up a stud and arranged it on top of it. With the orange stick, that is. Fingers are too huge.
Does that make sense? I'm sure I'm explaining it all wrong. Pay the Nailasaurus a visit, seriously. She's the master of all stamping and studding. 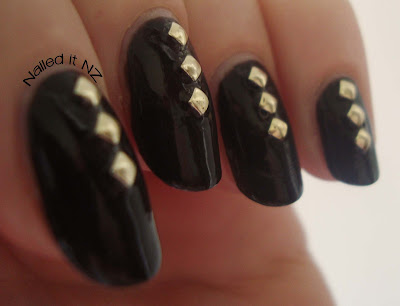 And yeah, so I just kept going until I decided to have just three studs on each nail, which was perfect in my eyes. This mani is a record-breaker in Nailed it NZ-land. I haven't kept my nails the same for more than three days for the last FIVE months - that's how long I've had this blog for. But this? This is the fourth day! And they're still in excellent condition and I don't want to remove them! In fact, most of these photos were taken an hour ago! 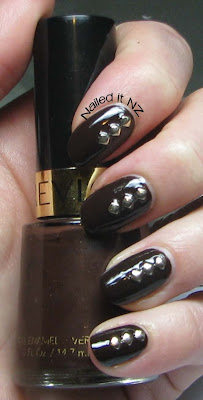 Ahhhh love love love. I've got another like, four million of these in the packet they sent me, so I'm definitely doing more. Can't wait! 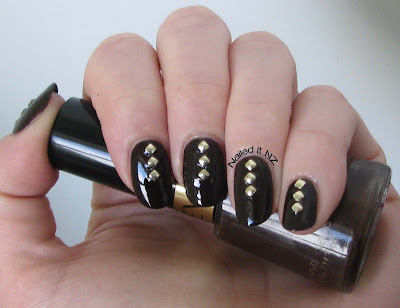 Don't forget to enter my giveaway!
And if you buy some studs or something else from Born Pretty Store, put in the code JM5X61 for a 5% discount!