My competition entry with just two bottles of nail polish!

Today I found a competition on Nailed it's blog - another Nailed it, not me, obviously! This one was really cool - you can only use two nail polishes! However you can mix colours, which made it a little easier. I figured I had five different colours to choose out of - yellow, blue, red, black and white - every other colour can be made out of those ones. I ended up going for black and white, as you can see. Almost did blue and yellow though! 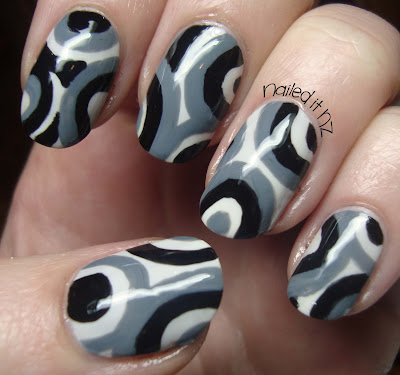 It was hard to think of an idea with so few colours to play around with. I kind of wanted to do something crazy like my McDonalds nails I did for the last comp, but I couldn't think of anything. So I finally decided on this random dotty/swirly pattern I made up.

I thought I should give proof that I mixed the two colours, not just grabbed a grey, so here are some absolutely terrible pictures of the polish being mixed and the two nail polishes I used.

As you can see, despite my bad experience with Jordana I'm still very fond of the majority of their polishes. Never had one go gloopy on me yet! 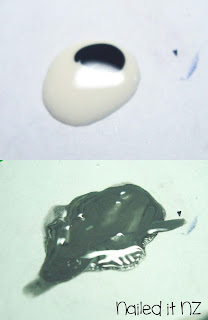 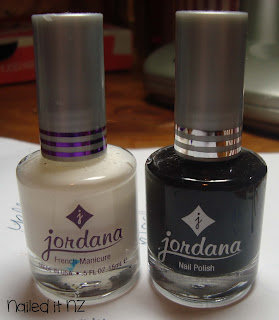 The grey isn't actually as blue as it looks here. My light does funny things to nail polish colours. I have two purple polishes that it simply refuses to show as anything but blue. Could be partly my camera though, idk. 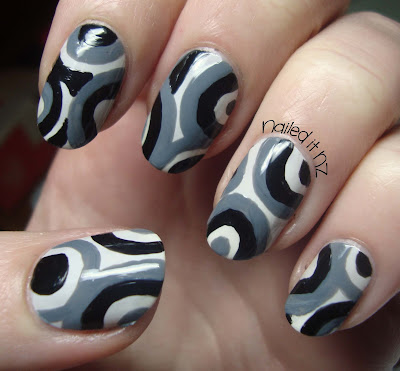 I'm pretty sure these two photos were taken pre-top coat, while the first one was taken after, in case you somehow noticed a difference. 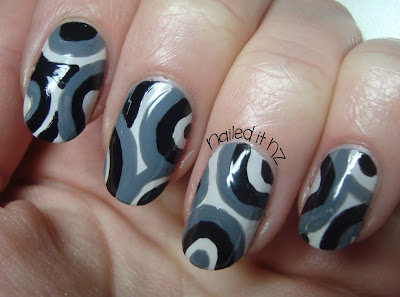 Also, these are my sister's nails I did today. They didn't take very long, and look super cute! And her nails are in much better condition than they were a few months ago, I'm impressed. 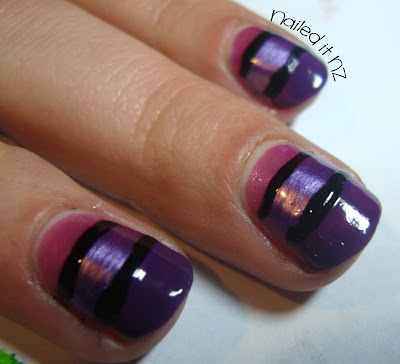 This was amusing. It happened when I removed my halloween nails. I have a new nail polish removing method that I'll do a post about sometime, and this is what happened when I took off the ghosts! Awesome eh? It was the same for the eyes and pumpkin too! 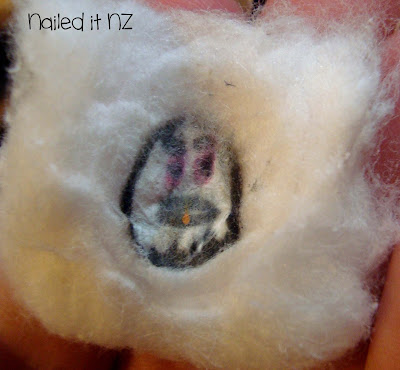 Good news! My dad said I can borrow/have back my old photography camera from high school that I sold to my mum a couple of years ago. It's getting a bit old now - you have to take the memory card out in order to get the photos on to the computer, which will mean I'll have to put them on my netbook then transfer them across. But it's worth it because I can start doing youtube tutorials!

Not too soon though. Too much study and exams to do first. But in a month or so! Can't wait!