I really think I outdid myself this time. Not so much on the nails, but on the fact that they matched the cupcakes my friends and I made! Caution: Photo overload. And for the first time ever I'm actually going to post pictures of me, just because well... these are just too cool.
Disclaimer: The cupcakes actually look pretty crap compared to the ones you find all over the internet, but for a first attempt I'm super happy!

Here are the cupcakes we made... 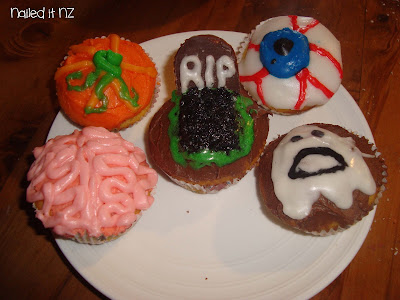 ...and here are the nails that I made to match! As you can see, they're not exactly the same, but I'm pretty happy with them. Except for the brain. That just failed miserably... 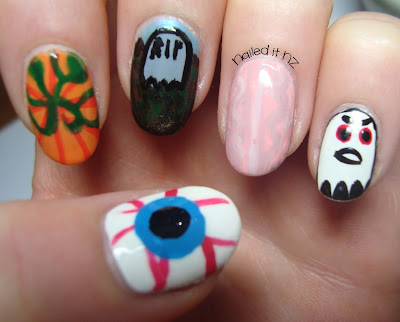 We made a semi-plan of how the cupcakes should look before and what colours we'd need. I happened to actually have a bunch of food colourings in the cupboard, which was awesome! All we had to buy was more icing sugar and the biscuits (for the grave). 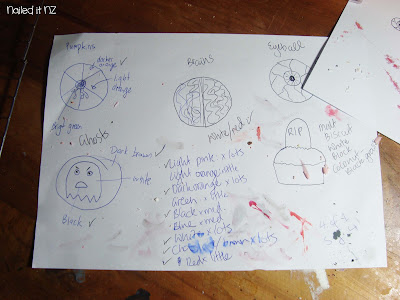 Here's some photos of our cupcake adventure!
I'm in the black, my friend Lucy is the one in red and the blondie is Nicole :). 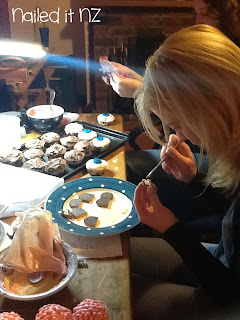 Here's the finished product! They were sooo much fun to make! And as Halloween nails were on my list I decided it was a good excuse to do them a couple of weeks early. 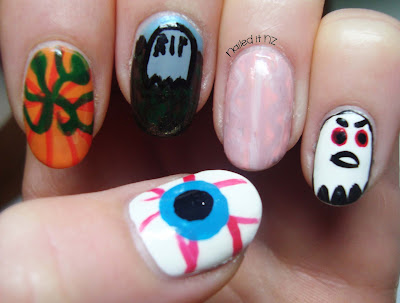 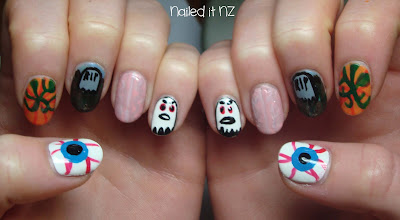 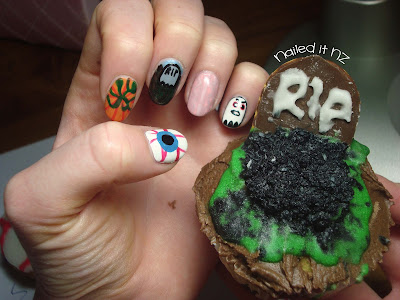 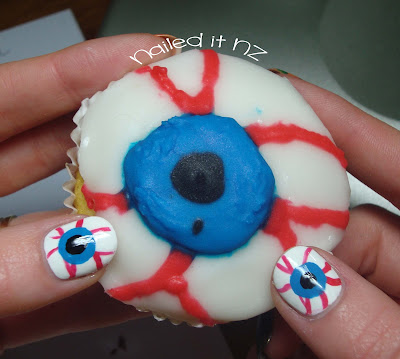 So that was what I did today! It was so much fun! If anyone does something similar I'd love to see!