Next up on my massively long list is Daisy Nails + tutorial, so here they are! I'm actually quite happy with this little tutorial. Obviously it isn't as nice as the gorgeous ones Chalkboard Nails and other 'big' nail bloggers do, but I think it looks better than my last one. 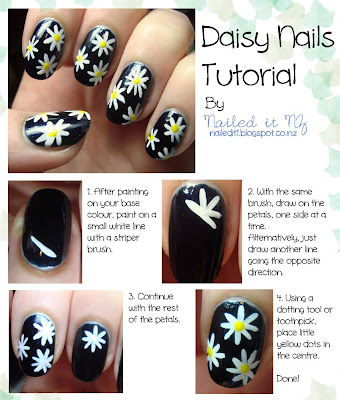 I'm just going to add some notes in this post about these nails that I couldn't fit in the picture above.

I also used cotton buds and a little angled brush to clean up with, plus a stiper brush and dotting tool. I actually didn't end up using the striper brush that's in this picture - it's a bit pointy at the end and doesn't work as well for this kind of mani. 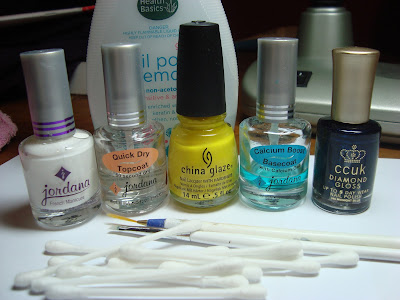 This is the colour I painted my nails - isn't it pretty? I've done this mani twice before, see here and here. So I wanted a different background colour this time, and ended up with Midnight Blue. I realised half way through, however, that it makes it look like daisies at night time... and at night daisies close up their petals (at least the lawn daisies!). So it's not quite correct, but blaaaah who cares. 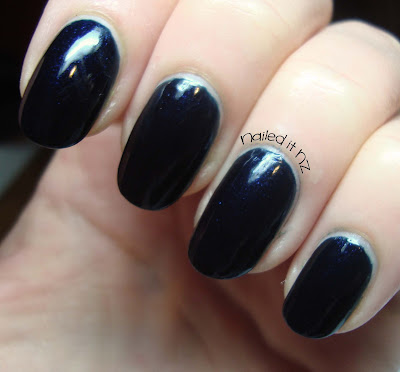 In step two, I say that you can draw them by doing lines in opposite directions. I realised this halfway through, and ended up doing my left hand this way just to compare. This is easier, really, especially if you're just starting nail art. Just do it like your drawing a star (hopefully you know what I mean!). 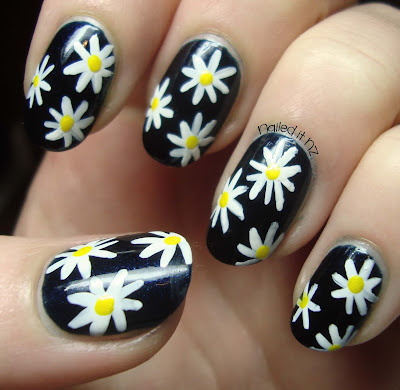 So yeah, here are some pictures of the final look. I think it's a pretty cute design! 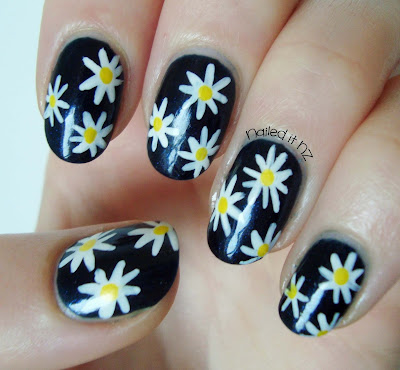 And this is the mess I made doing them lol. Just thought I'd add in a photo of it for once :). 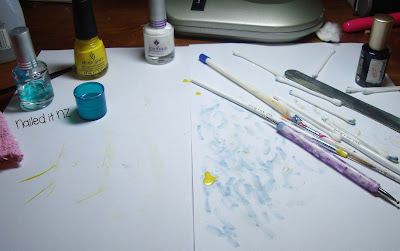 Here's my big long list of ideas that people gave me on my facebook page! They won't be in that exact order - I'll try to do Halloween and trick or treat nails around the 31st, Taylor Swift ones on the 22nd (new album) etc. But most of them will be roughly in that order. Oh wait, "J&C" and "Duncan" are about my husband and me, and my cat lol, so they'll be some of the last ones to do after I get the requests done.