Hey guys - I'm doing a guest post for Nails like Lace in a few weeks and she gave me the idea to ask for guest bloggers on here. I have exams until early-mid November, so it'd be a good way for me to get some time to study.

So - who wants to do a guest post? I'd like to have a few ready to publish in November but I'm flexible. Preferably just nail art or nail related, but maybe something else... just comment if you have an idea.
If you're keen, email me - you can get my email addy in the "contact me" tab. I'd put it in this post, but there's a pretty high chance I'll make an email specifically for this blog soon, and knowing me I'd forget about it being in here and I'd have two accounts getting emails :/.

Right, so here's a bunch of nail art I've done lately but haven't put up until now. Normally I'd give them individual posts, but with study etc I have less time to spend on here.

This first one makes me think of a mermaids tail. I really like it! Bizarre Blurple is the base colour, with Make   A Spectacle over the top (both by China Glaze). The french tip (or whatever you call it when it's not white) is just done with a black polish, I think it was Jordana. 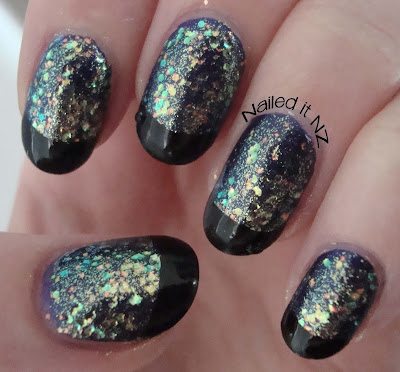 Bizarre Blurple is SUCH a pain to photograph, so this next photo shows the differences in how it appears. Still pretty though. 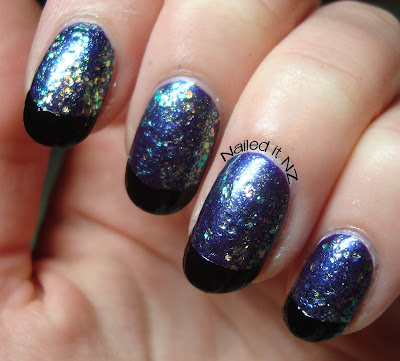 These are my Candy Floss/Cotton Candy nails that I did a week or so ago. I couldn't get a single good photo of them, which was really annoying as I just got back my old photography camera and thought it'd be great! But no. Apparently I am photographically challenged. It just blurs and blurs and blurs. I'll figure it out after exams. 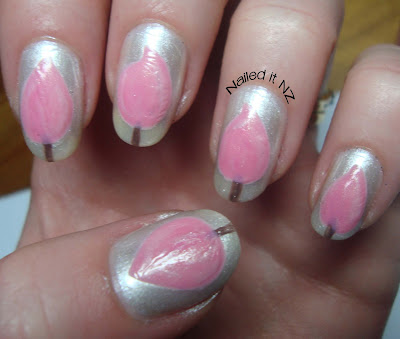 But yeah, they're pink and stuff. Don't really know what to say about them, except that they're very original - I couldn't find anything other candy floss nails that looked like this. But I didn't look that hard, to be honest :p. I found some that looked like the actually had candy floss (can it be called fairy floss too?) on them! It would've just been some fluffy stuff but still, pretty cool!

My quick-dry top coat made the pink shrivel up and gets lines all through it. Sadface. I just bought a new non-quick dry topcoat, so hopefully I can avoid that from now on. 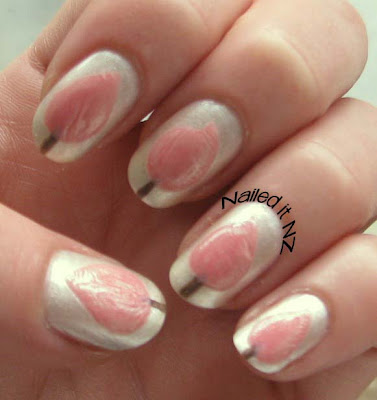 This next mani (as my friend noted) was very simple, for me! I just wanted to try out my two new China Glaze colours, they are beautiful! I just used the green one for my current nails which I luuurve.

Both are WAY brighter than in this photo. 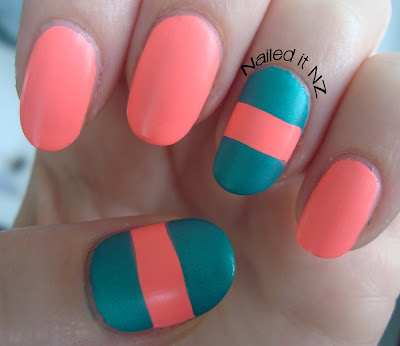 Also - OMG Taylor Swift's new album is out! I like it, but so far I like her last one better. It had more romantic stuff in it, I'm way too boring-and-happily-married for this depressing break-up stuff. Good tunes though!
Annnnd I've just done an awesome mani with some Born Pretty Store stuff they sent me to review... I can't wait to show you!