Eurgh. I hate the lighting in my house at night-time. Everything is yellow and even my white light I bought doesn't help with the colours. Grrr... I really need to make a light box!
I wanted to post a picture of my nails I just did with a stamping plate, but it just isn't happening for me!
I'm going to try again tomorrow when it's light.

So instead, here are some nails I did with my sister last night. I did the fish tail/braid design that I did in my last post - but I did hers much rougher. She's talented at bumping into something and destroying an intricate pattern, so I figured it wouldn't make sense to spend an hour on it :).
On me I did a random dotty design just using the brushes that came with the nail polish. I'm calling them mermaid nails because I think I've seen some like this before called that, plus I think the colours work as a pretty mermaid tail.

So, my sister's fish tail nails, using some random pretty polishes she has. 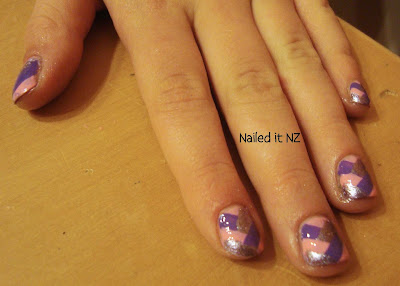 As I said, they're kind of rough but still pretty. The colours are great for a pre-teen I think! 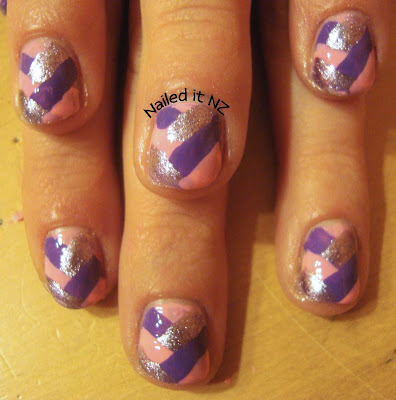 And here are my very dotty mermaid nails. They were fun to do and didn't take long at all, maybe 20 minutes? That was excluding clean up though, I did that once I got home. 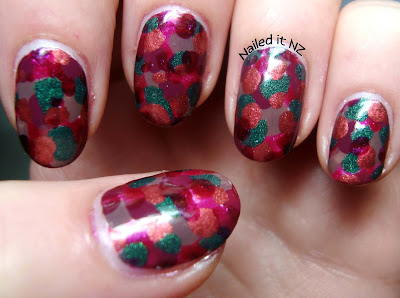 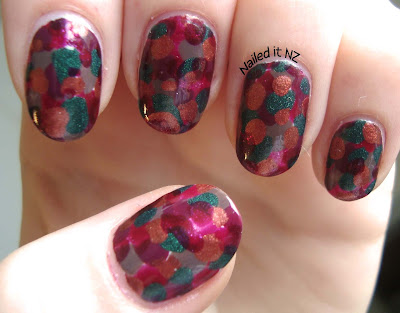 Hopefully I'll be able to get a better picture of my current nails tomorrow, because I really like them, the stamp worked out perfectly!

Just about to leave for "date night," a little tradition my husband and I have - but we've been so busy lately we haven't been going very often! So excited to finally do it!
Labels: braid China Glaze colourful dots fish tail green mermaid orange pink purple red silver