I went into one of my favourite shops yesterday to find that they had 'buy one, get one free' on all Orly products! As I didn't have any Orly polishes yet I jumped at the chance, and bought myself Green with Envy and some nail polish thinner - finally! Here's a photo of how my nails ended up, and one of just the plain polish. 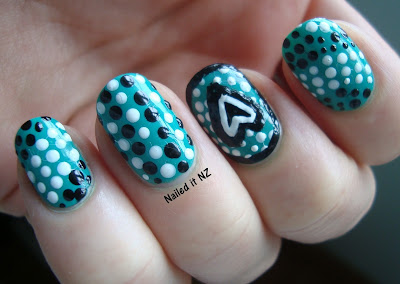 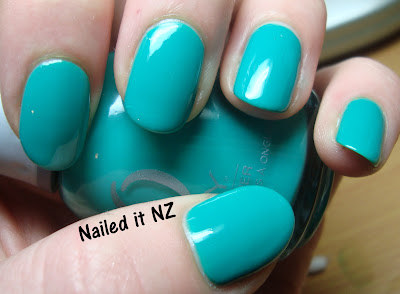 I've been wanting an Orly polish for a long time - mostly because they're so huge! 18ml!
So, being a good brand and quite expensive, I expected to love my new polish just as much as I loved my first OPI. Wrong.


I feel like a bit of a Debbie Downer saying this, as most other reviews of it are fine.

First impression; Pretttttty! It's a beautiful colour in a great bottle. Very attractive and I love the lid with it's rubber grip. However, I quickly found that my brush is frayed! It has several little bits on it that flick out, meaning you've got to be careful when applying it or you'll end up with extra mess on your fingers. I'm sure I was just unlucky and not all are like this - but it wasn't a good start.

Another problem was that it wasn't opaque. My favourite polishes are those that only need one coat. They dry faster and I can do my nail art a lot quicker. This one was just the opposite. The first coat was quite gross, with visible brush strokes and a yucky, see-through colour. The second coat was a lot better, cleared up the brush strokes and the colour showed up better. The whites of my nails could still just be seen, though, and I ended up doing four coats on most nails! On top of this, it's a gel-like consistancy. This can be nice, but it also top much longer to dry and combined with the four coats it was just a pain.

Despite all that, it is a beautiful colour. Once it's fully dry it's really nice - and it's not green, it's more of a teal. 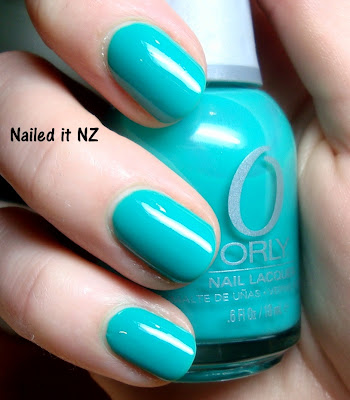 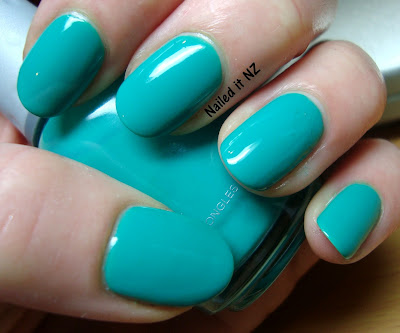 I don't regret buying it, but if I had to choose out of OPI and Orly, I'd pick OPI hands-down.
I haven't given up though! I'm planning to go back next week when I get paid and get a new white and black with the same sale. I figure that they can't all be that bad, so I'll give it another shot :). That 18ml bottle is just too tempting... and OPI's sale isn't as good.


Of course, being me, I couldn't just leave my nails with one colour - boring! So I got my dotting tool and a striper brush out and created this insanely dotty manicure. I like it! 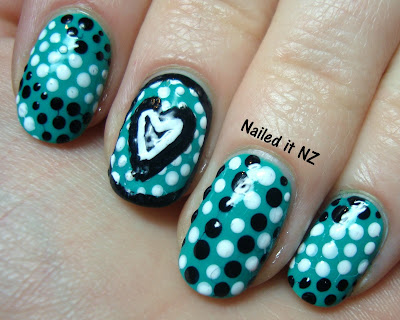 My favourite pattern is probably the one on my pointer finger and pinky. I think I'll try that again sometime. 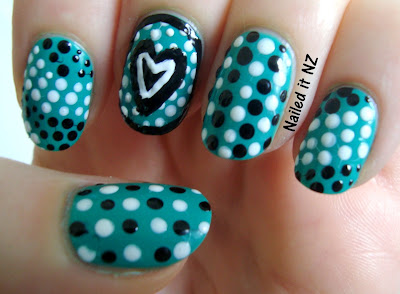 I'd really like to know if I'm the only one with a negative experience with Orly nail polish, or if others have also had problems. So let me know!

I should note - so far the Orly thinner is amazing and has revived my old nail polish that were previously too old and gluggy to use. So yay!