So I'm not really sure what to call these. The video tutorial I got the idea off called them zebra nails, but I did mine differently so I guess they're kind of a hyrid of a zebra, tiger and umm, a rainbow?

They're quite similar to my old tiger stipes patterns in style - ew, now I just went there and had to see how badly painted my nails were then. The cuticles were a mess! And my nails were so short! Hmm, I'll probably say the same about this post when I get better :/.
A week or two ago I watched a video on youtube that showed how to paint your nails like a professional, but GRR NOW I CAN'T FIND IT. This one pretty much says the same thing though, so check it out if you're interested.

They were pretty simple to do, just took awhile and you need a steady hand to do it, which I think years of piano and a couple of violin helped me out with. 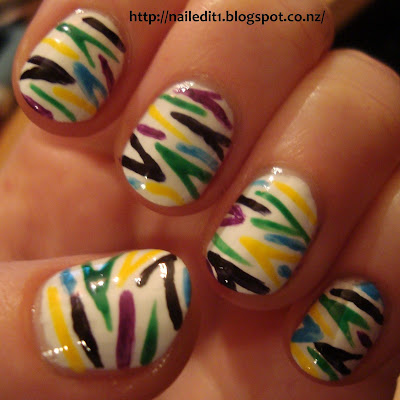 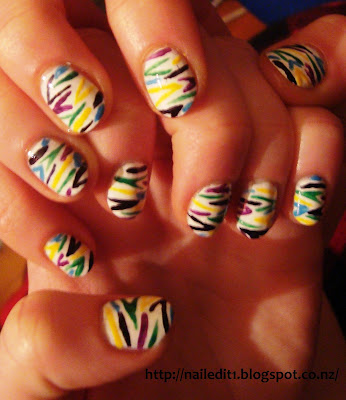 P.S: One exam to go then three weeks of freedom!