I've done a heap of different designs over the last week, and now that I have internet access again I've decided I'll stagger them a bit - release another one every day or two, instead of throwing a million different images at you. However, I'm going to publish my favourites now :).
So, I've had my eye on leopard print nails for a while, and thought they were really cool! I don't have a lot of natural leopard colours though, so decided to improvise.

This first one I absolutely adore - one of my all-time favourites actually. Took a long time (they all did!) but it was definitely worth it. 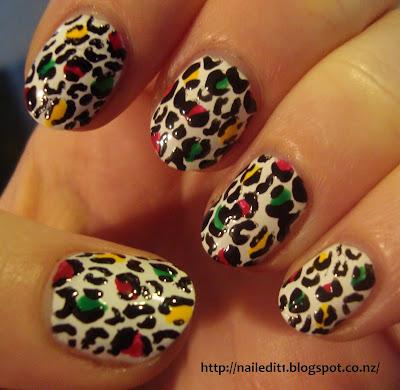 This one was a bit harder to do as it was so dark - it was hard to see exactly where I should put the next line. But at the same time, it was easier as you could screw up and it not be that noticeable. 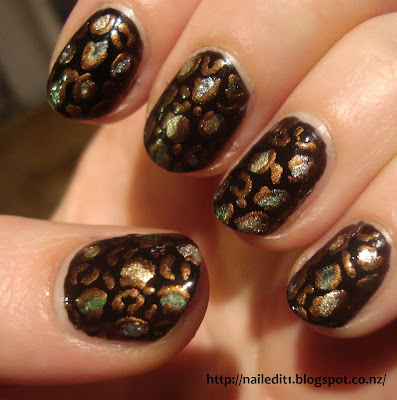 This one's quite cute and happy. I'd do it again. 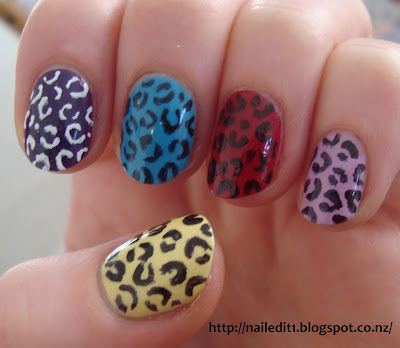 I've seen heaps of these done with stamps and stickers but I don't have any of those, plus painting them really does improves your skill. I've found both of my hands have gotten a lot steadier over the last month or two!

Hope you all like them, and let me know what one's your favourite!