I have the cutest cat in the world. Also the most obnoxious, arrogant and demanding one. Right now he is alternating between viciously attacking the rug and hunting down his prey, aka my husband.
Here's a photo showing his general attitude towards life. 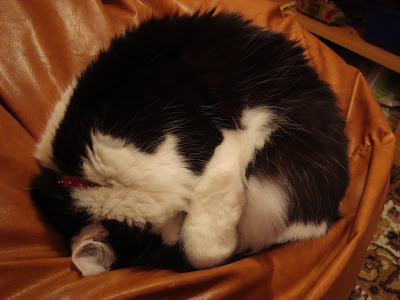 But honestly, he's awesome. And his name is Duncan, which is even awesomer.
Anyway, this is related to nail polish, promise!

He inspired me to design my own cat-themed nails, so here they are! I might do these again sometime once my dotters hurry up and arrive, but I think these still turned out pretty alright. 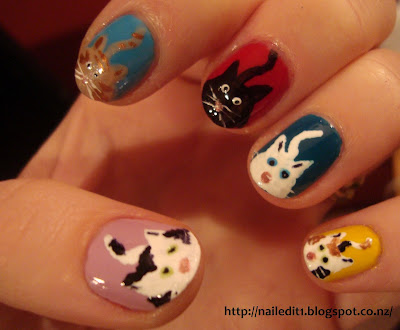 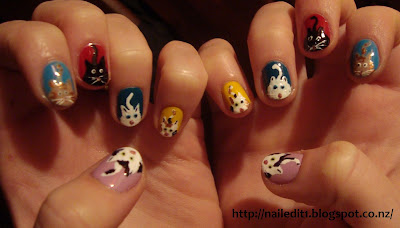 I also found the most amazing thing in the world - whitening gel by QVS. I've still got slightly stained nails - which I think is gross, so when I saw this in a pharmacy I had to at least try it out.
Hmmm, the yellow barely shows up in the photo - it was much worse in real life.
Before: 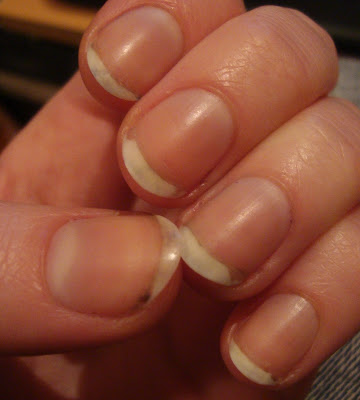 And after:
Again, the photo isn't very accurate with the colour. Some of the yellow is still there, but it was bleached out or something, I'll look it up sometime. It was really easy to do too - just put it on like normal nail polish for about three minutes, then soak in warm water for another three minutes. 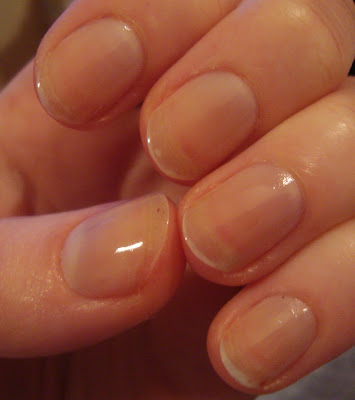 I also got a couple more nail polishes - one my first China Glaze one and WOW it is amazing. So easy to put on, smooth, opaque... all I know is I'm getting more. The other one is just a cheap MIKI one, but still is a very nice colour - I really like that brand. 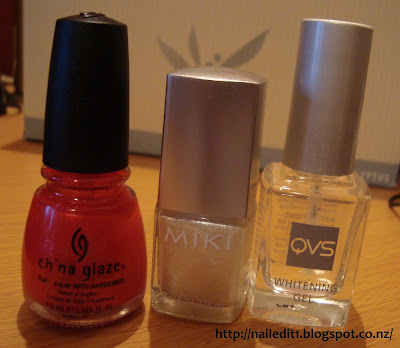 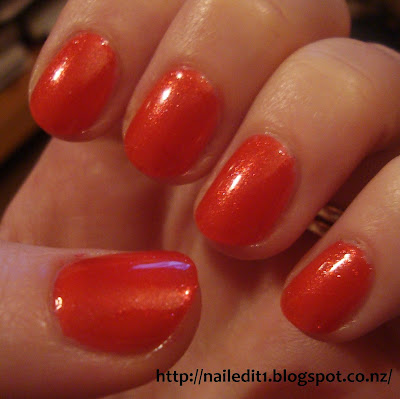 That was an unusually long post. But, I'm going away for about a week soon (yay holidays!) so thought I'd get this all up-to-date. Ciao!